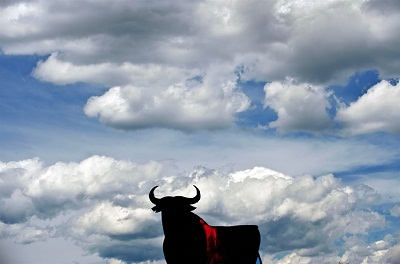 By Luis Garicano, in London | NADA ES GRATIS  (fedeablogs.net). A very brief and worrying observation that the media does not seem to have noticed: the IMF forecast of which the press this week has been constantly talking about and that predicts a decrease in the Spanish GDP of 1.7% does not include an additional fiscal adjustment due to the deviation of the 2011 deficit. That is to say, if the deficit is of 8% and it is necessary to cut by another two points the GDP, and we adjust the forecast accordingly by applying a fiscal multiplier of more or less 1 (this is based on Jesús F – V’s fiscal multiplier, considering we have no control over the monetary policy that could be modified), this implies a further decrease in the GDP of 1.5% – 2%.

This means that the IMF forecast adjusted to a massive cut in March of a bit less than €20 billion represents an actual decrease in the GDP of over 3%.

One should add the foreseen expected decreases in credit of 8% for this year, given the uncertainty regarding provisions, regulations, capital and expected increases.

What are the consequences for unemployment? In Spain, employment usually decreases more than the GDP (this is how lovely our labour market is); in other words, there could be an additional loss of three employment points which would translate into an additional 500,000 – 600,000 unemployed, thus reaching the 6,000,000 figure if the official data confirmed the figure of 5.4 million. So, the unemployment rate by the end of the year will be, according to the improved IMF predictions, of 26%.

What must be done? It makes one feel angry to have to insist on what we have been saying for years: no to the brutal short term fiscal consolidation in the middle of a gigantic recession; substitute it for a more credible medium term fiscal framework with a serious fiscal policy council, with a more extended horizon, without short term popular increases of the structural deficit (the housing deduction at this time is crazy, come on!), with in depth reforms of the goods, labour, service (e.g. professional services: there are many potential jobs in this area) and financial system. We can’t reduce, intentionally, two more points on the GDP. But, we also can’t just do nothing.

Unfortunately, the impression one has (hopefully, mistaken) is that the government doesn’t have a very clear idea of what it wants to do and there are two or three weeks left until the most important reforms affecting an entire generation are implemented. The anesthesia of the ECB refinancing operation has made some of our leaders believe that there is nothing wrong, that we are accessing the market and that as long as the 4.4% deficit requirement is met then things will work themselves out on their own and then the reforms are not necessary, etc. And that is not how it is. The ECB is, indirectly, rescuing us. But the situation of the international markets could change within minutes and we could use up the little oxygen we have left.

I sincerely hope they are fully aware of what we are risking.

* Luis Garicano is professor of Economics and Strategy at the London School of Economics.