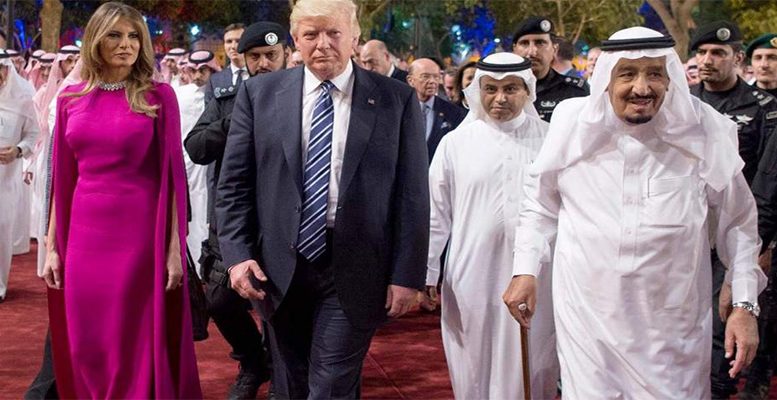 Ian Maccrdie | A Saudi friend from the Aramco IPO team put it to me the other day that the reforms envisioned under Deputy Crown Prince Mohammed bin Salman’s National Transformation Plan are going extraordinarily well, especially now that US President Donald Trump has so dramatically and personally embraced the Saudi regime. As a result, he said an investment in the Aramco IPO coming up next year was an opportunity I should not miss. The future was sunny for Saudi Arabia, and Aramco in particular.

My friend assured me that under the reforms, the fast-expanding population would enthusiastically accept the plan to stop paying them to do non-jobs in the civil service or “ghost jobs” in artificial “Saudi-ization” quotas. They would instead work for market rates of pay in the soon-to-be expanded private sector. Although this would mean a cut in average wages for Saudi citizens by 75% and require them to take jobs in occupations they regard as undignified, young Saudis would do this without protest. After all, my Saudi friend pointed out, the inhabitants of Oman worked in all manner of jobs without any political representation or rights. Saudi Arabia would be no different. Moreover, the government will be introducing taxes and quotas to make it harder and more expensive to employ immigrants and help erode the differences in pay and expectations of the Saudi and foreign worker communities.

His pitch was that an investment in the future of Saudi Arabia was a sure bet and that the aspirations of the majority posed no risk. Human rights, freedom of speech, equality of opportunity and indeed democracy are not the values of Saudi society, and Trump himself has just publicly endorsed the Saudi government’s denial of these benefits to its citizenry.

My friend recommended that I should sell my shares in Exxon or Coca Cola — both well-managed companies with transparent management, shareholder accountability and not subject to political interference. Instead I should buy shares in Aramco. Aramco’s management is far from transparent, its policy and direction come from a family elite, it has no public accountability and operates in a country run by an unelected dictatorship.

Moreover, the earlier promise that all the IPO proceeds would be invested in reforming the Saudi economy has already been thrown overboard. Half of the IPO proceeds will now be invested in the Western stock exchanges — probably to buy shares in Exxon or Coca Cola. In other words, I am being invited to exchange a share of Exxon for ownership — of a sort — of part of Aramco.

History teaches us that when an unrepresented population is getting poorer and the ruling elite is getting richer, this inevitably leads to political upheaval or civil war. This was exactly the situation in Iran in the decade leading up to the revolution of 1979, Russia before 1917, the US before 1776, France before 1789, Egypt before the Arab Spring of 2011 and, of course, Syria. Perhaps we should believe that Saudis are different — they will accept their declining standard of living and government by decree with peaceful resignation. Moreover, we might believe the claims that they love and respect their rulers and do not resent the riches, the super yachts and palaces they have awarded themselves.

Prior to 1979, Iran was the major military, economic and political power in the region, seen by the US government as a force for stability and defender of American interests. The US sold the Iranians vast amounts of weapons to defend the Gulf and act as a regional policeman. This is exactly the same mistake Donald Trump, who apparently has never read a history book, is making — investing in and arming the Saudi regime at the very moment when its foundations are eroding.

Moreover, Trump is ensuring that the successor regime is also armed with the most deadly weapons that America can produce. Meanwhile, the Saud family is monetizing its fixed assets like Aramco and moving half the proceeds outside of the country. They are not taking any chances.