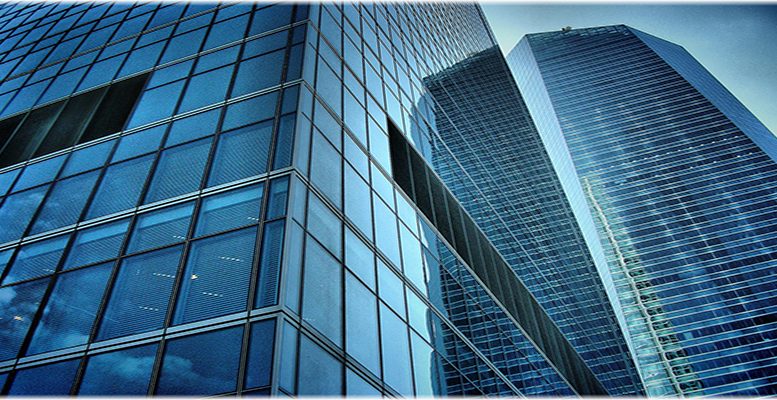 AXA IM | Companies have re-leveraged their balance sheets since the global financial crisis (GFC), driven by low borrowing costs. Although heightened, corporate leverage is not currently excessive in developed markets, although we see signs of concern in emerging markets. In this note we assess whether we should be concerned about corporate leverage at current levels.

Investor concern about the rapid build-up of corporate debt is growing. Ultra-cheap borrowing costs created by loose monetary policy has led companies to aggressively releverage their balance sheets in the aftermath of the global financial crisis. We stick to the essentials and analyse debt levels and debt affordability by looking at aggregate corporate data (ex-financials), focusing on four major regions: the US, euro area, emerging markets (EM) and Japan. The metrics we use to quantify debt levels include total debt to equity ratios and interest coverage ratios (EBIT/interest expense). We compare these metrics across regions and historical levels, emphasizing two previous crisis periods: the 2008 global financial crisis (GFC) and the wake of the dot com bust. Lastly, we stress test regional income statements to evaluate levels of debt affordability.

Where are we now?

In the US, debt levels have returned to the highs reached during the GFC, and interest coverage ratios have similarly fallen to corresponding levels. Euro area corporates have refrained from re-leveraging to quite the same extent with leverage metrics at more comforting levels relative to their history. Although, when you compare across regions, the US does score better against the euro area.

The largest build up in corporate debt recently has been in EM, with debt-equity ratios at all-time highs and depressed interest coverage ratios. Debt affordability in EM is the weakest across all regions. In Japan, after a long period of corporate deleveraging, debt seems like the least of the problems. However, a crisis triggered anywhere will undoubtedly have global ramifications. The picture remains largely the same when we look at debt relative to assets and interest burden relative the cash flows. Relative to the Lehman debacle, current debt levels in the US are elevated. However, corporate leverage in advanced economies is healthier now than it was postdotcom bust. The crisis which unfolded in the early 2000s might be a more appropriate comparison, as it was primarily driven by corporate activity, while 2007-08 was a consumer debt driven bubble and was not triggered by excessive corporate borrowing. At its peak in late 2007, household debt relative to disposable income in the United States was at 132%. Since then it has been steadily declining and is now back to 104%, similar to levels seen it 2002. The massive 200% rally in the stock market since it bottomed out in 2009 is more on the scale of the late 1990s bull market, compared to the 2002-2007 rally of around 95%. From this perspective, corporate leverage in the developed world is not currently at worrying levels, even more so considering the better debt servicing capability today and the highly accommodative monetary policy environment.

On the other hand, for EMs drawing comparisons to past crises is of little relevance since current levels of corporate leverage are unprecedented in these countries. The rapid leveraging in EM is a more recent phenomenon, in the midst of loose monetary conditions in developed economies after the global financial crisis. The situation in EMs appears vulnerable and we need to stay cautious. The problems are concentrated in certain countries and sectors. The corporate leverage metrics improve considerably for EM when you exclude China and Brazil. Debt affordability also increases slightly when resources are left out of the aggregate. We maintain our view on staying prudent and differentiating within the asset class. Earnings stress test: how far can we go?

Elevated debt levels aren’t necessarily bad – as you would expect, problems only arise when you can’t afford to repay the debt. We have stress tested regional income statements to gauge how far we can go before debt affordability becomes worrying. As the primary catalysts for reduced debt affordability are lower sales and higher costs, we used sales growth and profit margins as the two ‘stress’ variables. As a rule of thumb, we use an interest coverage ratio of 2.5x as the brink between ‘safe’ and ‘at risk’. Typically, an interest coverage ratio of 2.5x is the threshold between BBB and BB+ on the credit rating scale1 , or generally the margin between ‘investment grade’ and ‘high yield’. Exhibit 7 illustrates the sensitivity of debt affordability, proxied by interest coverage ratios, in the United States, euro area and EMs 2 .

The scenarios range from a 0-15% drop in sales and profit margin contraction in the range of 0-3% (in levels terms). To put this in perspective, GFC shocked global sales by around 8% and global margins by around 4% in one year after global revenues peaked in mid-2008. The underlying assumption is that tax rates and absolute interest costs stay constant. Moving south-east on the table implies deteriorating debt affordability. The results of the stress test broadly indicate that nonfinancial companies in EM and the euro area are vulnerable to a decline in debt servicing ability following combined shocks in top line growth and increased cost pressures. In the US, there appears to be a fairly large cushion, with only highly improbable scenarios of sales and margin contraction leading interests’ coverage ratios to drop to lows of 3.5x seen in 2003.

In Europe, we are again nowhere close to the distressed levels tested post the dot com crash (1.4x) nor the GFC (2.7x), and there appears to be low risk of entering the troubled zone. Although, there is limited room for further deterioration in top lines or profit margins in the region. In EM, with interest coverage ratios already weak at 3.7x, further margin contraction of more than 1% and a decline in revenues to the tune of 10% would push us past the 2.5x threshold. Although euro area debt affordability is the weakest in scenarios with severe margin contraction, we believe the region is less at risk compared to EM considering: (1) leverage metrics are very comfortable relative to its history; (2) limited scope for a large drop in margins from current levels; and (3) highly accommodative monetary policy in the region. Nevertheless, we can certainly expect large credit events in any of these regions to pose systemic risks, and can’t ignore that trouble in corporate debt also puts pressure on the financial sector in terms of a rise in non-performing assets at banks. Several risks may deteriorate the situation, most notably a prolonged global earnings recession and higher US interest rates. Further decline in sales, margin contraction and stagnation in asset turnover, would push us into unsafe territory, especially in EM and with the euro area not too far behind. Other imminent risks are rising interest rates and USD strength. EM currency weakness implies tougher repayment conditions for corporates with hard currency debt and local sales exposure. This isn’t a hurdle for many exporters, as their foreign revenues act as a natural hedge. In a forthcoming publication, we will discuss EM debt and global monetary policy in more detail. USDdenominated EM corporate bonds have been one of the fastest growing assets classes recently, with market size expanding approximately threefold in the last five years. In comparison, the market capitalisation of EM equities has just grown by around 15%. Credit rating downgrades are also a concern, considering that on aggregate the quality of this paper is borderline investment grade. Large contribution of commodity players adds to the uncertainty. For the euro area, political uncertainty and the risk of falling into recession pose significant threats.

All in, from a top-down perspective we do not think that corporate leverage (ex-financial sector) is at challenging levels in advanced economies currently, although we see signs of concern in the EM space, and investors should closely track developments in the region. Corporate debt servicing capability will be largely driven by global growth dynamics and central bank policy going forward.