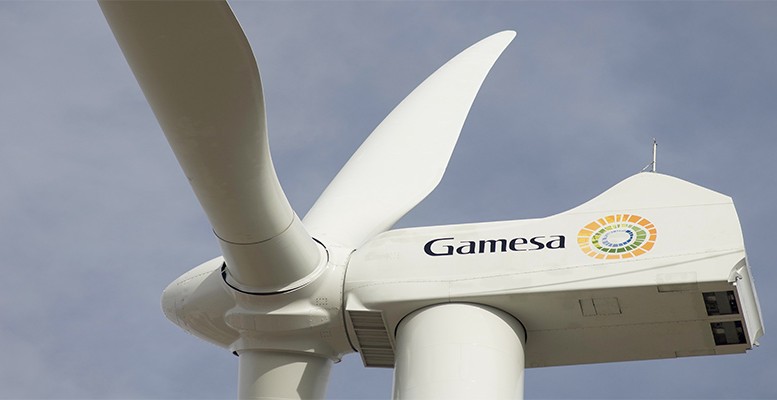 The Spanish wind energy company will start to operate in the Dutch market with an agreement to provide 11 MW and has also signed other five in France, Italy and Greece to install about 72 MW. Gamesa Dutch project entails replacing old turbines in different wind farms –three G58-850 kW units and ten G52-850 kW units.

Furthermore, the firm signed three additional contracts in France to provide with 35 MW. First includes five wind turbines G114-2.1. The installment will be commissioned in the last quarter of the year. The turbines are expected to start operating during the first months of 2017. The agreement will enclose both operating and maintenance services for 15 years.

The two additional contracts in France are turnkey projects of 11 MW by the end of 2016.

In Italy, Gamesa will supply ten wind turbines G114-2.1 MW and three G114-2.0 MW which mean a total 27 MW, while in Greece the company agreed to place twelve machines G52-850 kW in a wind farm located at Euboea Island.

With these new contracts, the Spanish firm, which is principally involved in manufacturing wind turbines and constructing wind farms, continues to expand into the EMEA market. This region (Europe, Middle East and Africa) represented 27% of its sales in the first quarter of 2016, up from 17% in the same period of 2015.

Siemens AG and Gamesa Corp. Tecnologica SA confirmed last month they will combine their wind-turbine manufacturing businesses, creating a company that will dominate the industry: Both together two would have about 69 gigawatts of turbines installed worldwide, exceedingVestas Wind Systems A/S and General Electric Co.