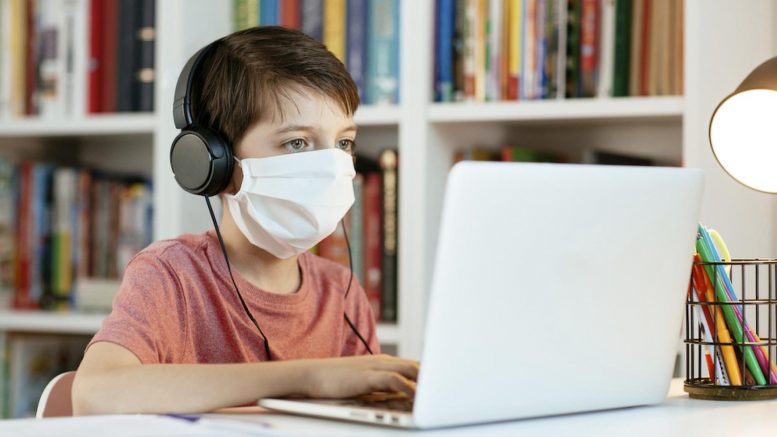 Thomas A. Singlehurst/ Nithin Pejaver, CFA/ Mark Li, CFA/ Brian Gong (Citi GPS) | COVID-19 has created one of the most significant disruptions to students in history, with nearly 1.6 billion learners in 190+ countries being affected by school closures. Education technology (edtech) currently makes up only 3% of the $6 trillion+ overall market primarily because of inertia on the part of educational institutions. Our survey work shows some of the sources of inertia may finally be swept aside as the value of technology is truly being realized. We see the current crisis driving an acceleration in edtech growth with the market doubling over the next 5 years to $360 billion. It also found an expectation for 50% of study hours to be digitized. This creates an edtech gap (the difference between share of digital usage and share of spend on edtech) of $2.7 trillion, or about 8x higher than our 2024 estimate.

As well as a big problem in its own right, COVID-19 has brought a number of other challenges to the fore, including political and social unrest, all of which have combined to put the very fabric of the modern society under significant pressure.

It is tempting to dismiss all these effects as one-off; that at some point things will ‘go back to normal’. In practice, it seems likely it won’t be that simple. Closures of schools and other places of learning have, based on UN data, affected nearly 1.6 billion learners in 190+ countries —94% of the world’s student population, and nearer 99% in lower income countries.

In the vast majority of cases, educators have done a heroic job in adapting to these extremely difficult circumstances. But COVID-19 has not only revealed a significant gap in terms of preparedness to deal with the sudden onset of 100% online learning, but shone a bright light on some of the pronounced and profound inequalities existing in many educational systems around the world. More, longer term, the inevitable fiscal pressure caused by the governments’ response to COVID-19 is in danger of exacerbating these inequalities and the impact they have on both individual and societal wealth, health,and happiness. At the same time, what has happened does bring with it some hope.

Although education is an area few argue is unimportant, it is nevertheless an area that —relative to other industries —has been perhaps slower to adapt/evolve than other industries. On one key metric —the adoption of technology —education is a significant laggard: spending on technology barely represented 3% of the overall market (worth $6 trillion+) in 2019. And why is this? It is not, by and large, because the technology does not exist but rather because of inertia: a sense either it’s not affordable,it’s not worth it,it doesn’t fit with certain political/ philosophical beliefs,or it’s simply not how it has always been done.

Our survey work shows that while there is real sense of the risk posed by COVID-19, the crisis represents a watershed in terms of attitudes to technology/edtech amongst educators. That some of these sources of inertia may finally be swept aside as the value of technology —in terms of improved outcomes, finding new sources of revenue, offering variety in the mode of teaching, reducing costs and, now with COVID-19, building in redundancy —is truly being realized. In short, necessity isn’t the mother of invention, for edtech, it is the mother of adoption.

And the implications couldn’t be more significant. Looking at the education market, we see the current crisis driving an acceleration in edtech growth. We not only see the market doubling over the next five years to around $360 billion per year but note the ‘Edtech Gap’ —the gap between share of usage (50% of all study hours being digitized) and share of spend —could be almost 8x thisat $2.7trillion.

For society more broadly, we see the benefits of greater adoption of edtech being felt in not only better outcomes/lower costs but also increased access/reduced inequality, something that could have a meaningful impact on economic growth, especially in less advanced economies, but also at a global level. So while COVID-19 brings challenges, it also brings with it an opportunity to Fast Forward to the Future, which is potentially brighter for all