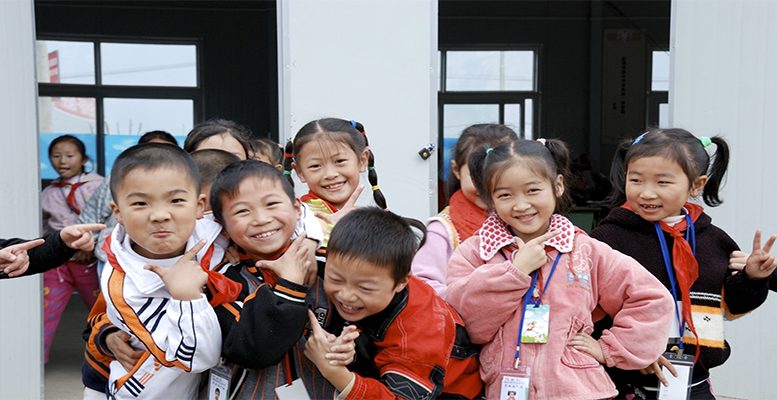 Scott Morris via Caixin | Overshadowed by China’s role as the world’s creditor is the uncomfortable reality that it also continues to be one of the largest recipients of multilateral assistance through major development agencies like the World Bank and Asian Development Bank. This juxtaposition of China as lender and borrower has marked a long simmering tension with the West, and one that now threatens to boil over as political attitudes in the United States point to a much tougher approach toward the Chinese.

All of this is coming to a head at the World Bank, as the official lender seeks a capital injection from its member countries this spring to support more development lending. China, it turns out, happens to be the bank’s largest borrower at the moment, garnering nearly $2.5 billion in loan commitments from the bank in 2017.

The World Bank was created to support countries that could not access capital on reasonable terms to meet their development needs. That doesn’t seem to describe China today, a country that holds the world’s largest foreign exchange reserves and enjoys some of the most favorable borrowing terms among sovereign borrowers. In light of China’s borrowing from the World Bank, U.S. officials have taken a dim view of the bank’s case for a capital increase, arguing that the lender could free up some existing capital by cutting off the Chinese and other wealthier borrowers.

But is there actually a case for China’s continued borrowing? And why in fact does China choose to borrow?

On the latter, it’s clear enough that China does not borrow to meet a financing need, or even to exploit a financial subsidy. Annual World Bank lending amounts to a rounding error in an $11 trillion Chinese economy. And with China’s favorable borrowing terms in bond markets, the implicit subsidy it receives on loans from the International Bank for Reconstruction and Development is just 50 basis points or so. These two facts combine to suggest that Chinese officials care very little about the bank’s lending as lending per se.

Beijing officials have often characterized their borrowing as a useful way to achieve a number of aims: project-level standards and disciplines that help improve operations at the local and provincial levels, particularly in western China, where capacity remains low; incentives to boost domestic investment on behalf of climate mitigation; and more generally, access to expertise across a range of sectors in support of development goals. In each of these arguments, officials make a particular case about the effectiveness of lending relative to other modes of engagement, such as technical assistance or bank studies.

But should the case that China makes for itself carry the day with the rest of the World Bank’s member countries? There are four reasons that the answer could be yes.

First, the bank’s founding mission, defined around meeting capital needs at the national level, has evolved in recent years, such that countries that have ready access to capital markets also demonstrate the value of using World Bank loans to incentivize and prioritize development objectives. This reflects a current reality that the largest developing economies are also host to the world’s largest poor populations. When these populations are regionally or locally concentrated, World Bank loans can help national governments prioritize engagement in these areas. There are also pressing global “public goods” imperatives, with climate change mitigation at the forefront, that requires action from large economies. Bank loans help to incentivize investments in these areas by offering subsidies for public goods-related activities.

Second, China’s borrowing is a useful “market” signal when it comes to assessing the overall quality of World Bank assistance. Unlike the bank’s poorest borrowers, for whom bank loans are a critical source of public financing, China can afford to have a take-it-or-leave-it attitude toward the World Bank. As a result, the country’s borrowing gives us a clearer picture of the quality of effort provided by the bank over time. It’s good to know that China sees value now, and it will also be good to know if it renders a different judgment in the future.

Third, World Bank lending may not deliver a significant financial benefit to China, but it does significantly benefit the bank’s balance sheet by virtue of China’s creditworthiness. Put simply, the bank could not simply swap out $2 billion a year to China for El Salvador and Vietnam. There are legitimate questions about the fair allocation of scarce World Bank capital, but it is not the case that $1 less of China lending is $1 more that is available to other countries.

Finally, there can be no “China” graduation policy. China is situated among 56 wealthier borrowing countries, and any policy aimed at ending lending to China would have to do the same for many of these countries. This could be problematic in individual cases and in toto. Does the United States also feel strongly that Mexico should no longer be able to borrow from the World Bank? Poland? What about the 30 other borrowing countries at or above China’s level of per capita income?

Seeking to cut China off from World Bank assistance may be misguided, but asking more from China and other higher income borrowers is not. The World Bank’s wealthier borrowers ought to be willing to pay more for the bank’s assistance since current loan terms deliver a financial subsidy, however small in China’s case, alongside the other nonfinancial benefits that these countries receive.

Whatever deal is ultimately struck around the World Bank’s capital increase, it seems clear enough that China has already cemented a prominent role in the institution by virtue of being a large borrower and a large shareholder. As U.S. officials now seek to dislodge China from this position, they would do well to recognize the value of China’s desire to operate within the World Bank, an institution whose rules, norms, and practices have been defined and shaped by the United States and Europe over many decades.

Scott Morris is a senior fellow and director of the U.S. Development Policy Initiative at the Center for Global Development. He served as deputy assistant secretary for development finance and debt at the U.S. Treasury Department in the first term of the Obama administration.