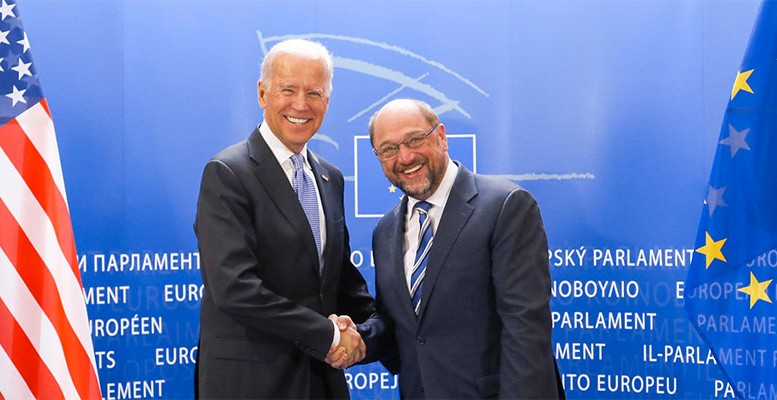 James Alexander via  Historinhas | | Despite all the pessimism the Euro Area nearly caught up with US NGDP growth in Q4. Now that Italy and Spain have finally reported their Nominal GDP figures Eurostat shows that 4Q15 NGDP growth for the Euro monetary region as a whole was almost as fast, year-on-year, as the US. Figures released today show that growth was 2.9% YoY in 4Q15 just behind the US at 3.0%. The 4Q15 out-turn was stable versus 3Q15. A still respectable figure and sadly in line with a long run average that includes the disastrous double-dip recessions of 2008 and 2011.

For the Euro Area to do as well as the US is good in one sense, but tragic in another as the US itself is doing so poorly relative to what it should be doing. Still, we would expect the Euro Area to pull away from the US given a high rate of growth in Euro Area base money versus no growth in the US, and an easing stance to monetary policy versus a haphazard but generally tightening bias in the US.

The weakness of the GDP deflator in the Euro Area relative to the US actually means NGDP growth was higher in the US than in the Euro Area, but only just. Market Monetarists don’t pay too much attention to the flawed RGDP concept (or its ugly sibling, the GDP deflator) but we know that others do. We are not convinced that the deflator in the US correctly measures inflation due to only small quality adjustments, thus overestimating it; and we are even less sure about that used in the Euro Area, where far fewer quality adjustments are made, thus severely overestimating inflation. Our longer run trend line for the Euro Area shows just how much has been lost by the ECB-inspired double-dip recession. The biggest three countries, Germany, France and Italy all slowed a little, particularly Italy.  This is bad news for Italy as it really needs to see higher nominal growth to help grow out of its acute banking industry bad debt problems. Unless it leaves the Euro Italy will have to undertake a major bad debt clean up. And this clean-up must not cost the government so much money that the government then has also to undertake further austerity and exacerbate the bad debt problem. It is a tense situation. Greece redux? I hope not.

Italy is certainly not helped much by an ECB still stuck with its hopeless inflation ceiling targeting regime, that so undermines QE and other measures. New thinking, new targets are desperately required at the ECB. Italy, of all countries should see the need to move from inflation-ceiling targe to NGDP level growth targets.

Instead, all we see from its Prime Minister is posturing. Renzi needs to break free of his all-Too-Eurocratic advisers, kowtowing to the Germans in the comfort of their Brussels sinecures. He needs to push his compatriots to think about altering the ECB targets. Stable NGDP growth (at a higher level trend than at present) should appeal to all, both Italians and Germans alike.

Spain has largely addressed its banking bad debt problems and undertaken painful austerity and repricing of its domestic economy. The cost is still very high in terms of unemployment, but from its horribly low base NGDP has continued to accelerate, hitting 4.25% in 4Q.

Portugal showed a good improvement too. Netherlands was the standout disappointment, possibly because of the energy and other trades related to its important entrepot status.

The six-weekly ECB meeting was held today. Expectations were quite high that Draghi would introduce further measures, especially a drop in rates to even more negative levels and more QE.

Lower rates are better than doing nothing, but relatively ineffective compared to even a discussion of raising the inflation target or, far better, introducing or at least monitoring NGDP growth. Draghi disappointed markets badly in December, but his track record on surprising positively, when he has to, is good.

Prior to that December meeting the big guns on the ECB board from Germany made some seemingly hawk’ish comments. They have been quiet this time around, possibly due to German RGDP growth, NGDP growth, inflation, long term bond yields and business outlook all weakening. Germany needs faster growth, particularly to offset the political pressures on Mrs Merkel. What is good for Germany is not usually so for the Euro Area. This time around it should be positive. Awfully selfish, awfully true.