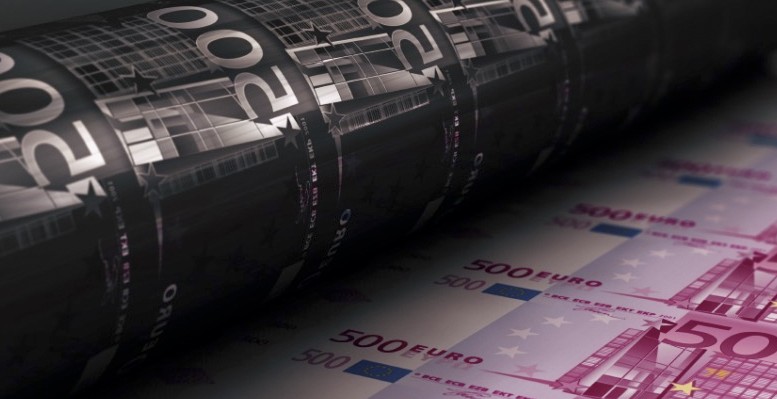 James Alexander via Historinhas | I remain a bit disappointed that Euro Area QE and negative rates are not proving more of a hit with the markets and thus the economy. But are things really as bad as painted by our friend Lars Christensen?

It is hard to know exactly what is the best measure to use to gauge the subdued market expectations. Euro Area equities should be a useful guide and have most certainly been very dull but are dominated by utilities and quasi-utilities like banks. Most of the best German companies are privately owned, the same in Italy.

European government bond markets are a horror show when it comes to prospective growth expectations, especially nominal growth – even many years out. German Government 10 year benchmark bonds are flirting with going negative, following Switzerland and Japan.

The Euro currency itself stopped falling many months ago, a sign of lack of easing but has been in a relatively tight trading range as we discussed last week.

Perhaps we are too impatient, but we are also Market Monetarists so we pay attention to what the market expects to happen – and believe it is by far the best guess as to what will happen. Still, it seems to me that the power of the ECB’s QE is being overlooked. Sure the ECB is way behind the curve versus the Fed’s earlier bouts of QE. But the plan is clear, over the next one and half years of bond buying at €80bn per month it will overtake US levels of QE – assuming the Fed keeps its stock of bonds flat. And the growth rate of base money will continue to be way better than the US. For Market Monetarists the biggest benefit from QE and other “instruments” is the signalling effect, just how committed a central bank is to its targets. And the ECB is clearly signalling its intent with  QE.

Unfortunately no amount of firepower will be of any use if it is aimed at the wrong target. 2% inflation is the wrong target.  A level target for nominal growth is far superior. A level target for prices  is not so bad nor is a properly communicated flexible price inflation target, its close relation. The ECB does not use these targets but insists on a very strict inflation ceiling of “close to but not above 2%”. Just as the Fed will struggle to live down its December 2015 rate rise, so the ECB is still struggling to shake off a market view that it would repeat the 2008 and 2011 rate rise mistakes at the drop of a hat, or rather an approach towards 2% by its own inflation forecasts.

HICP inflation is maybe 2% or more above real inflation, so the ECB’s HICP target of below 2% growth in this measure is already a deflationary stance. So it’s a tough call. The ECB is using massive firepower and remains highly committed to using it, but for a purpose that is not convincing. It’s like driving flat out fast towards a destination that  isn’t where you should want to go, and whenever you get close to it you promise to apply the brakes.

The Japanese central bank is apparently so fed up with its inability to hit its CPI target despite QE that at the end of the month  it is rumoured they may switch to NGDP Targeting. Sure it could even keep its 2% inflation target but subject it to a test of 4-5% NGDP growth being met first. The ECB could do the same. It isn’t meeting its target of price stability so it needs to look at redefining it.

Market expectations will do the rest of the job once freed of the fear of monetary tightening any time projections for HICP or CPI or even PCE PI begins to approach 2%.