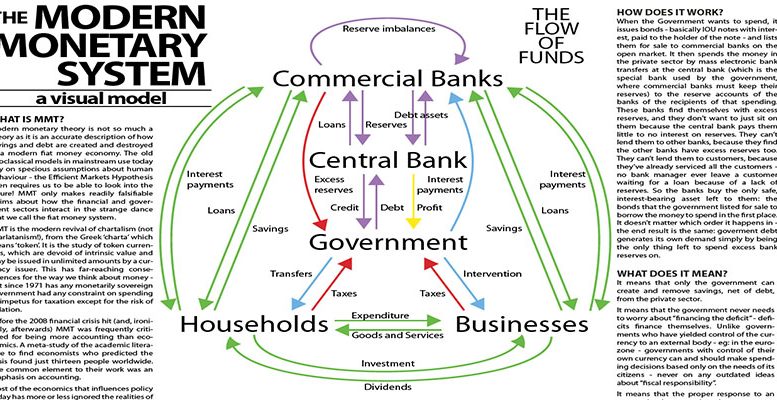 Yves Bonzon (Julius Baer) | At this stage, governments have competed in the shock announcements of support measures. In this regard, Berlin was faster than Washington, which is still quibbling at the time of writing. The Maastricht criteria, the stability pact and other relics inspired by the 1970s and the era of demand-driven inflation will not survive Covid-19. This is excellent news, the virus will at least have served to terminate these taboos of another paradigm, that of the post-war decades before globalisation and the information economy. We are therefore moving much faster than expected towards a macroeconomic policy cocktail that combines monetary and fiscal policy (Modern Monetary Theory, MMT). In concrete terms, private agents (households and companies) who are currently losing precious income, must be able to continue to pay their bills in order to avoid a credit crunch against which monetary policy, even unconventional, can do nothing in isolation. Offering state guarantees for loans that relieve their immediate cash flow stress is a good solution in the very short term.

On the other hand, these same agents must not find themselves in debt when life resumes its normal course and the economy starts to recover. This would cause lasting damage to their balance sheets and jeopardise the recovery. The coronavirus is a natural disaster that exposes developed countries to a risk of deflation without recent historical precedent. In order to avoid permanent damage to the real economy, government support measures need to compensate for income losses in the private sector. Guarantees are not enough. This, however, will only determine the trends of the main asset classes in a second step, depending on whether the respective governments compensate and monetise the losses incurred at this very moment. In the short term, however, their reaction has been encouraging.

Short-term it’s about count and cure

For the time being, we are primarily dependent on the evolution of the pandemic, and this in two ways. Firstly, contagion numbers in Italy have shown the first signs of a downturn in recent days. Markets will probably take the Italian trajectory as a good indication of the likely evolution in countries that are a few days (e.g. Switzerland) or weeks (e.g. Germany) behind Italy. Moreover, unprecedented resources and efforts are currently being deployed to test drugs and vaccines. Although a definitive solution will not be reached for a few months, confirmation, for example, that chloroquine, an old, easy-to-produce substance, would speed healing while limiting the risk of a switch to a life-threaten- ing condition, would already be good news for infected patients, the economy and markets.

Visibility is very low on the economy and the actual measures of government support, whether ade- quate or not. Nevertheless, the fall in equities and credit investments is already implying an economic contraction of several percentage points of gross domestic product (GDP) in the US and in Europe. Forced liquidations seem to be coming to an end. The sell-off has been quite indiscriminate. To quote Warren Buffett, “be brave when others are fearful”. One can hardly see longer-term political and social changes ahead yet. Western government deficits will reach levels not seen since the Second World War. In the 1940s, the US yield curve was managed at around 2% at the 10-year maturity and hardly moved, while inflation fluctuated between +20% and -3%. The deficit due to the war effort then reached 25% of GDP! Are we losing the financial markets in the sense that they will be increasingly administered? Many questions will take time to be answered.