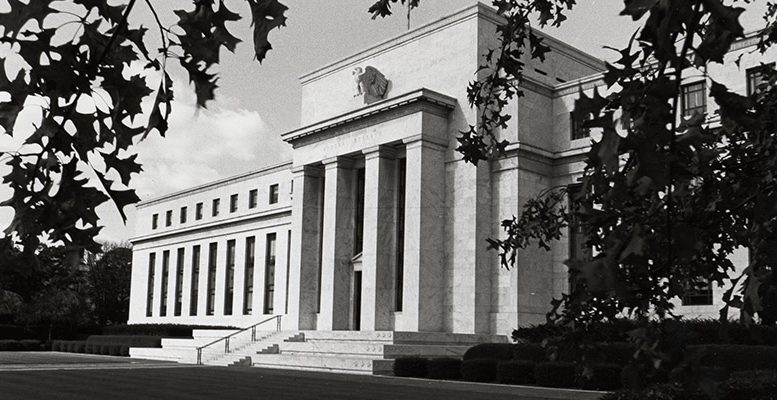 The communication released after the Fed’s June meeting, along with the publication of the system it will use to potentially reduce its balance sheet, shows there is strong support for continuing with the normalisation of US monetary policy.

The minutes of the FOMC’s last meeting, published yesterday, also ratifed the central bank’s plans to continue to hike interest rates and begin to streamline its balance sheet this year. While the latest inflation data was weak, this factor is outweighed by concerns about a possible overheating of the economy or about risks to the financial system.

The key question for market watchers is when the decision to start reducing the balance sheet will happen.

Intermoney experts flag that there is greater division in the FOMC over this particular issue.

“On the one hand, the hardcore members forecast this step could be taken in “a couple of months”, since the Fed’s communication policy had already prepared the market. While on the other hand, the more prudent members preferred to wait a little longer to be able to evaluate the future performance of activity and inflation with more certainty,” Intermoney said.

It noted that some members were speculating about Janet Yellen’s phrase “relatively soon” to try to establish when the balance sheet adjustment would begin.

“But it’ll be better to wait for the Fed chair’s six-monthly appearance before Congress and the Senate on Wednesday and Thursday of next week…That said, in Intermoney we believe that the fact the expansive cycle is drying up, coupled with the possibility that excessive monetary generosity ends up creating financial stability, will drive (the Fed) to accelerate its exit strategy.”

Intermoney said it continues to defend the hypothesis that an agreement over balance sheet reduction will be reached in September, with another interest rate hike happening in December.

“In general terms, the Fed board members backed the rate rises. But they were divided over the pace of these hikes given the fact they could co-exist with future balance sheet adjustment. So we reaffirm our view of a scenario where both measures will be interspersed.”

According to these experts, US GDP growth of 2% or even slightly lower, would cover this scenario, without the current trend in the central PCE price index (1.4% year-on-year in May) being an obstacle. Just as long as it could continue to be linked to the decline in telephone and medicine prices.

“This is an opinion which the majority of the FOMC members adhere to, while also believing that inflation will return to levels in line with its objective in the medium-term,” Intermoney said. Although the experts flagged that various board members expressed concern about the current trend in prices and their low levels.

But prices are not everything for the Fed, and the current levels of bond and stock markets also formed part of the discussion. Intermoney analysts highlighted that some FOMC members “alluded to the increase in risk tolerance to explain this situation, while a reduced number warned that the low volatility in the markets could “lead to accumulated risks for financial stability.”

For some time now, growth and inflation have stopped having the monopoly on the explanations for the Fed’s actions, a factor which will be key to the pace of the central bank’s upcoming moves, Intermoney said.

“However, the changes have gone further and we must remember, as well, that the concept of normalisation is different from what was cherished in the past. The new reality is that the equilibrium rates are lower and the demand for the Fed’s liabilities is higher…We will be faced with a new normality consistent with a generous scenario, if we look at the situation with the parameters existing, for example, in the 1990s,” Intermoney experts concluded.