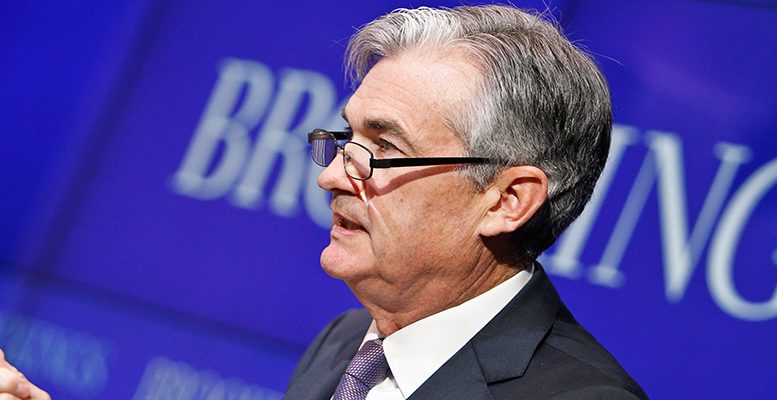 In the the week to last Wednesday, globally, money funds added $16.3mm which added to the inflows of $68mm they received in the preceding week, contrasting with weekly outflows of $1.6mm in tech funds which delivered their worst performance since December 2018.

Gilles Moëc (AXA IM) | While we find it intellectually alluring, we expressed some caution at the effectiveness of the Fed’s new average inflation targeting model in Macrocast two weeks ago (“Pushing with a longer string”). We want to explore this in some detail in this issue.

The new strategy plays on the asymmetry of monetary policy: it is easier to let inflation accelerate in good times – which only entails not acting (keeping rates unchanged) – than propping it up in bad times, because at some point the latter would require ever more action which would collide with the zero bound limit to policy rates. In theory then, a central bank is more credible when pledging to allow higher actual inflation in the future than in pledging to do “whatever it takes” to lift it now. The risk if the current constrained stimulus repeatedly fails is that expected inflation gradually declines (Exhibit 1). Conversely, if the central bank’s pledge to allow inflation to temporarily exceed its target in the future, economic agents may revise their long-term inflation expectations up, thus lowering real interest rates today, providing additional support to the economy today and gradually helping push actual inflation up.

A key assumption is that inflation expectations are driven by a combination of the recent actual inflation trajectory (what has actually happened) and the expected future path of monetary policy (what will likely happen given what I know of the central bank’s strategy). For this to be true, the central bank needs to be credible, both in terms of commitment (the willingness to do in the future what is promised today) and in terms of capacity – i.e. having the technical means to actually engineer inflation overshooting.

Let’s start with the willingness issue. The Fed has complemented its average inflation targeting with an asymmetric approach to its full employment mandate: instead of focusing on deviations from structural employment (i.e. being equally concerned by employment being above or below its structural level) they now focus on any shortfall from structural employment (i.e. being more concerned about unemployment being too high than being too low). The unemployment rate is a good proxy for slack, or the output gap. This means that as the output gap gets absorbed, the Fed would hike later than usual, which in turn will allow the output gap to improve even further, ultimately pushing inflation above target (Exhibit 3).

Now let’s try a little thought experiment. We are in 2023 and the economy has repaired much faster than we currently expect. US unemployment is back at 3%, credit is growing at 10% year-on-year, equity prices are up another 25%, inflation is at 2.2%. Is it realistic to expect the Fed to remain on hold and allow further overheating to make good on something it said in 2020? It is plausible that some members of the Federal Open Market Committee (FOMC) will be concerned that if they do not act quickly, expected inflation will start exceeding its target and that the Fed would ultimately have to tighten harder, and for longer, its policy to get inflation expectations back in control (Exhibit 4). The welfare maximizing solution of 2023 may be in contradiction with the welfare maximizing solution of 2020. The only way for the central bank to anchor its credibility would be to pledge a set timeline in 2020 – i.e. pledging to maintain inflation above 2% for x months before tightening policy – but this is a radical approach that at least so far, the Fed is not considering.

Let’s turn to “capacity” now. While we are agnostic on this matter, that inflation is now structurally lower – rather than reflecting rampant capacity under-utilisation – is a plausible hypothesis. There are already strong suggestions from before the pandemic that inflation in the US is lower than before for any given level of the output gap. This means that the level of overheating which would be required to bring inflation back above 2.0% is unrealistic, or to be more precise that it would be so detrimental to financial stability – because of excess leveraging – that the central bank would be stopped in its track before ever being able to reach its target. That inflation is structurally lower, due to technological change, or globalization, is a widely held belief today. Since average inflation targeting belongs as much to the realm of psychology as economics, who knows which one will be stronger than the other: the belief in lower inflation forever or the belief that the central bank will deliver on its pledge?

There is another limit to average inflation targeting: it may convey a sense of powerlessness from the central bank which in turn could lower inflation expectations further. We accept the premise of the model – it’s easier to prop up inflation than avoid deflation – but we think it is still legitimate to ask from the central bank that at least it tries everything to deal with the situation at hand, before focusing on what it may choose not to do in an unspecified future. This may be seen as a harsh judgment on the Fed given the magnitude of the support it has offered in this crisis. But what we find striking is that the Fed is entirely focused on one weapon of its arsenal, bond buying, which it has taken to extremes (e.g. pledging to buy “fallen angels” debt). The debate on negative rates was closed before it really opened, and we would argue that the ECB has been more imaginative or adventurous (the TLTRO is a loss-making scheme for the central bank which is now directly subsidizing banks to lend to the corporate sector).

There are perfectly technical reasons why the Fed cannot easily emulate the ECB in some aspects of its framework, and we are no fans of negative rates which entail many adverse side-effects, but we wonder if this sole focus on QE does not get us back to our earlier point: the most powerful monetary policy channel is through allowing ample room for manoeuvre to fiscal policy. The rest is noise. One can observe than market-based inflation expectations have not improved since J. Powell’s speech, although they rebounded from their lockdown trough