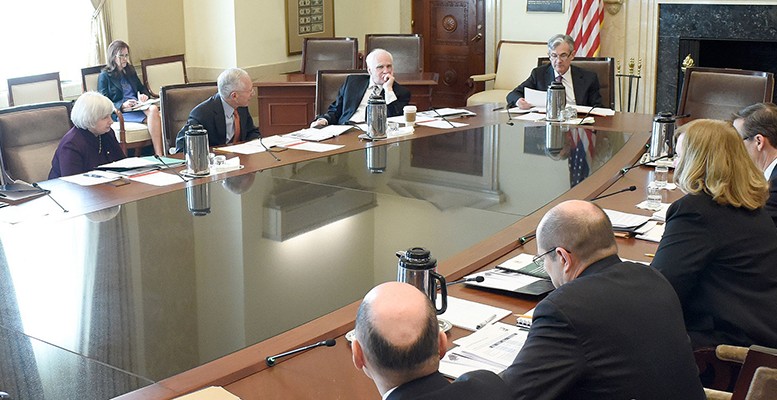 The minutes from the Fed’s October meeting, which opened the door for a rate hike, will be published Wednesday. This time the interesting thing will be not to check out the real possibility of a rise (it would be surprising if it didn’t happen), but to know how progressive the Fed’s exit strategy will be.

The Fed’s minutes will be released at a time when the institution is fighting to keep its independence intact. To guide the Fed’s decisions, Republicans in the past have defended the application of the Taylor rule, with changes that took into account financial conditions beyond basic parameters such as inflation, inflation targets and output gap. Now, the US Congress has gone a step further with a proposal to link the Fed’s monetary policy to indicators, as if it were a mathematical rule.

The law reforming the central bank will require the Fed to adopt some rules to establish the monetary policy approved and modernised by the Office of Federal Financial Management.

Fed President Janet Yellen has pointed out very politely that this new law is “a serious mistake.” In a letter to Congress members, Yellen said the regulation could politicise the decision making on rate hikes. Furthermore, it will limit the Fed’s capacity to lend emergency funds. Yellen believes there are no rules to guide the institution when interest rates are near zero.