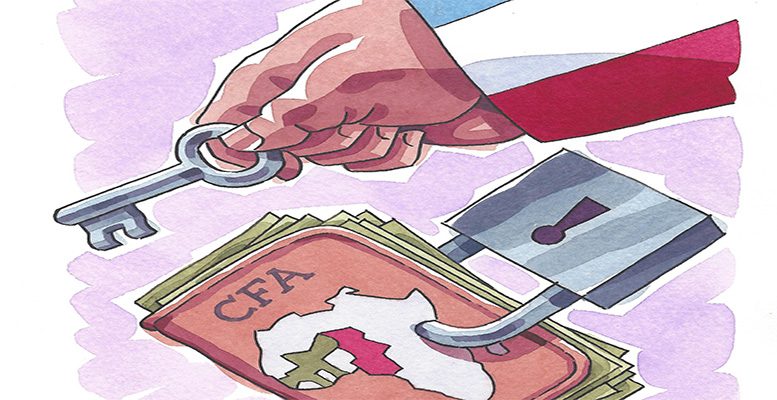 Using the slogan “anti-imperial march against the CFA franc,” the association of African immigrants “Les Marrons” (The Illegals) organised a massive demonstration on October 31, 2015 in Clermont-Ferrand, in front of the building where the CFA franc is printed. From time to time, actions like this heighten the polemic which has always surrounded this currency. Public opinion views it as a symbol of  France’s “exploitation and pillaging” in Africa, which has been denounced by demonstrators and many experts who analyse issues affecting this continent.  So are they right? Or, on the contrary, is the CFA franc a guarantee of economic stability and development, as its European and African defenders claim?

Fourteen countries, with a population of nearly 170 million, have the African Financial Community (CFA) franc as their currency. Without being ironic, many people still interpret the initials as “Africa’s French Colonies,” recalling the original name created in 1945 as part of the Bretton Woods agreements. In accordance with how their independence was designed, which was obtained in 1960, the name change aimed to highlight the recovery of the new nations’ sovereignity. In reality they all remained within the French Community, the organisation which coordinates the political, economic, cultural and linguistic interests of France, although they did not all belong to the former French empire.

There are two economic and political zones, in line with the territorial scheme of land settlement inherited from the colonial share-out. Benin, Burkina Faso, Costa de Marfil, Malí, Níger, Senegal and Togo are grouped together under the umbrella of the Economic and Monetary Union of West Africa. Its issuer bank is the Central Bank of West African States (BCEAO) headquartered in Dakar (Senegal). Former Portuguese colony Guinea Bissaue joined these organisations in 1994. Then Cameroon, Chad, the Centroafrican Republic, Congo-Brazaville, Gabon and Ecuatorial Guinea make up the Economic and Monetary Community of Central Africa. Its bank is the Bank of Central African States (BEAC), based in Yaunde (Cameroon). Although Ecuatorial Guinea is a former Spanish terrritory, president Teodoro Obiang integrated the country within the area of French influence; in 1985 it adopted the regional currency and in 1998 declared French to be its “co-official language”.

Despite seventy years having gone by, the oldest and most extensive African economic communities and customs unions have held on to all the characteristics and objectives of their creation, although they have not made much progress in terms of economic and political integration; the issuing banks ensure there is a common monetary policy; they set the interest rates; they manage and control foreign reserves and debt. And they issue, distribute and provide the commercial banks with notes and coins. This is all part of the agreement signed with the Bank of France which guarantees the exchange of the CFA franc (with the French franc up until 1999 and then with the euro) at a revisable rate. For their part, the BCEAO and BEAC are obliged to deposit a reserve fund with the Bank of France. This is made up of contributions from each member state, in currency or in gold. These deposits could stand at around 500 billion euros, according to independent calculations. These figures support the theory that there is still a “colonial pact” in place, which even now adheres to the rules laid down by general Charles de Gaulle in 1958 as a response from the mother country to the desire for emancipation, which saw a strong revival after the Second World War.

The brutal devaluation of 1994 was a turning point for those still taken in by the stability argument, given that it  destabilised all the economies in the monetary zone, without providing any kind of advantage for the fragile African economies. One effect was the scandalous increase in unemployment, fuelling massive African emigration, which is still an unstoppable phenomenon. So there was loud clamouring about the negative impact of the CFA franc. One of its detractors with the most international prestige was Mamadou Koulibaly. In 2005, he published “Les servitudes du pacte colonial” where he slated the currency, saying that west African economies would never progress if they did not escape the servitude of the colonial pact and the CFA franc. Other analysts are convinced that the former power wielded by the colonial pact via its currency is at the root of the difficulties besetting African integration, both at the regional and continental level. Even some heads of state share this opinion, although they don’t go public about it. In summary, there are more and more voices, both in Africa or outside the continent, who consider the price paid by the Africans is too high for a supposed independance which benefits the former colonial powers more than themselves.

So does this currency fulfill the needs of the countries concerned and their aspirations for development? How can its impact be measured? These are recurring questions at African economic forums. In an illuminating interview published in August 2015, “What can be done about abandoning the CFA franc?” the renowned Togolese economist and lawyer, Yves Ekué Amaïzo, offers some “transitional solutions.”

“Although the management of this currency was entrusted to central banks within the community, there is nothing African about them apart from their name,” he says. “They have no power and are just huge bureacratic institutions. They do not decide monetary policies; their only objective is to make the countries in the CFA franc zone believe that they are masters of their own destinies.”