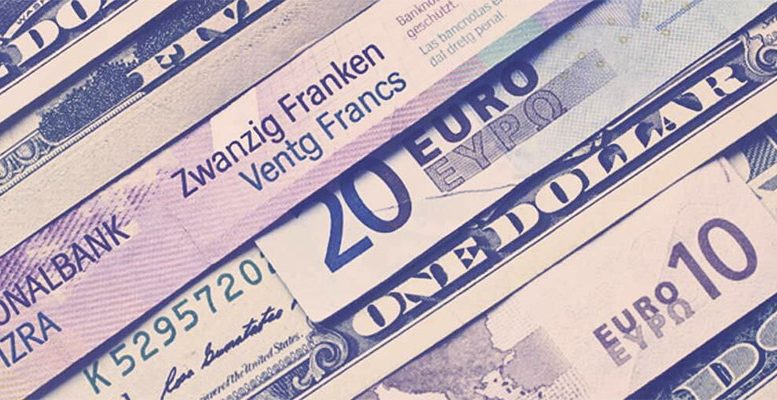 Francisco Vidal (Intermoney) | In China, the authorities insist that they will support a scenario of solid economic growth with their actions. However, the week began in the Asian giant with the 1 and 5-year LPR rates remaining at 3.7% and 4.6%, respectively. And while in China we are witnessing new promises of support for activity which do not materialise in immediate action, in many other countries we are witnessing a context in which monetary policy is siding with the cooling of activity.

Beyond the US, cases are beginning to abound in developed and emerging economies, in the shadow of unacceptably high inflation rates for many central banks.

In Norway, this Thursday, rates were raised by 25 b.p. to 0.75% from their 0% level at the end of last summer and forecasts point to continued hikes in the Scandinavian country. In fact, the market consensus points to levels of 1.5% at year-end. And although the Norwegian CPI stood at 3.7% a.a. in February, the fact is that the avalanche of unexpected revenues linked to natural gas exports recommends taking preventive measures to avoid dangerous economic imbalances. In this line, Norges Bank’s communiqué flagged that rate forecasts have been raised compared to the past and stand at 2.5% at the end of 2023.

For its part, the Swiss SNB feels no pressure to tighten its monetary policy. In February, inflation in Switzerland surprised on the upside as it reached levels not seen since 2008, although this translated into a value of 2.2% a.a. which, in current times, is equivalent to a minimal inflation scenario. The SNB’s priority will continue to be to avoid a strengthening of the currency and this will translate into a business-as-usual tone that will shy away from shocks. Ultimately, the franc/euro cross pointed towards parity in early March and the EMU currency now trades at just 1.024 francs while the SNB considers that the “Swiss franc remains highly valued”.

In the case of the Czech Republic’s central bank, the situation is quite the opposite. Inflation in the country stood at 11.1% a. in February, while the potential weakness of the koruna is a concern. For the time being, the weakness of the currency has been contained and it is trading at 24.74 units per euro and improving on its 5-year average of 25.84. However, this does not prevent the advisors of the Czech monetary authority from anticipating further rate hikes and there is speculation that these could exceed 5% on 31 March, after having increased from 0.25% in the spring of 2021 to the current 4.5%. A situation that comes as no surprise when the Czech central bank itself is even pointing to inflation peaking in the 13-14% range next summer, in the shadow of an unemployment rate of only 3.5%.
Back to the currency, the Czech Republic’s monetary authority could consider greater use of market interventions to stabilise the currency if necessary, although this would not prove to be a major problem. The country’s international reserves are around €157.5 billion and it has room to act without undue concern.

As far as the ECB is concerned, the debate on the future of rates is here to stay and the power structure of the different camps is all too familiar. The new Bundesbank president, Joachim Nagel, advocates that the ECB will raise rates this year if the inflation outlook justifies it and, in the eyes of a German, we can say that it is already doing so.

More belligerent is the governor of the Bank of Austria, Robert Holzmann, who argues that our central bank should already be sending out clear and strong interest rate messages. In Holzmann’s view, changes in the ECB’s net asset purchases are not understood by the general public, but the implications of a rate hike are more easily interpreted. A point on which we must agree with him, although the target in Frankfurt is not in line with running in terms of normalising monetary policy and therefore the current guidance is the right one. A guide that is underpinned by careful and progressive moves that do not unsettle the markets and that, subsequently, will gradually filter down from this area to the real economy.

Outside Europe, on Thursday, we have seen a 50 b.p. rate hike in Mexico to 6.5%; a move imported from north of the border. So we should prepare for continued rate hikes in Mexico. Meanwhile, South Africa’s rate hikes were only 25 b.p.p. and this pushed them up to 4.25%, even though its situation is enviable compared to other African nations.

For example, last Monday, Ghana undertook the largest rate hike in its history, increasing rates by 250 b.p. to 17% against a backdrop of soaring inflation to 15.7% a.a. in February. However, the concern is that this figure will eventually be even higher. In this country, food and fuels have a large weighting in the shopping basket and the dependence on imports in this field is synonymous with greater tension. For example, the country imports 25% of its wheat from Russia.

Against this backdrop, the Ghanaian cedi has depreciated by just over 20% against the dollar so far this year to trade at 7.5 units to the greenback, emphasising the need to tighten monetary policy. This bad news adds to the burden of public debt, which is around 80% of GDP in one of West Africa’s largest economies.

In Egypt, the pressure of the massive outflow of foreign investors made the authorities give in and on Monday, in a surprise move, they decided to devalue the currency by 14% against the dollar, although last Wednesday its deterioration amounted to 17%, standing at 18.36 units per greenback. This decision was accompanied by an increase in official rates by 100 b.p. to 9.25% in the case of the deposit rate. That said, the country’s large banks were already offering certificates of deposit at 18%.

Dollars are becoming scarce in Egypt and this complicates the import of vital commodities which, moreover, were already becoming significantly more expensive. This is the case of wheat, which Egypt imports mainly from Ukraine and Russia, and which could cost the state coffers as much as $5.7 billion, equivalent to 1.6% of Egypt’s GDP. These figures are not minor for a country that imports a large part of its food and in which subsidised bread is a key element of social peace. This situation may come as a surprise in Europe, but it explains why foreign investors do not feel comfortable investing in Egypt when international food prices are soaring. All this while Russian and Ukrainian tourist dollars on the Red Sea have stopped flowing, further complicating access to foreign currency to pay for strategic imports.

All in all, when looking at central bank news, the conclusion is that, in much of the world, central bank action will work against activity in the coming quarters. Either because of high inflation rates or the need to stabilise currencies. So, from a key area, the risks to global activity are clearly on the downside in a 2023-2024 horizon and this will not be avoided by exceptional surgical stimulus from the likes of the PBoC.