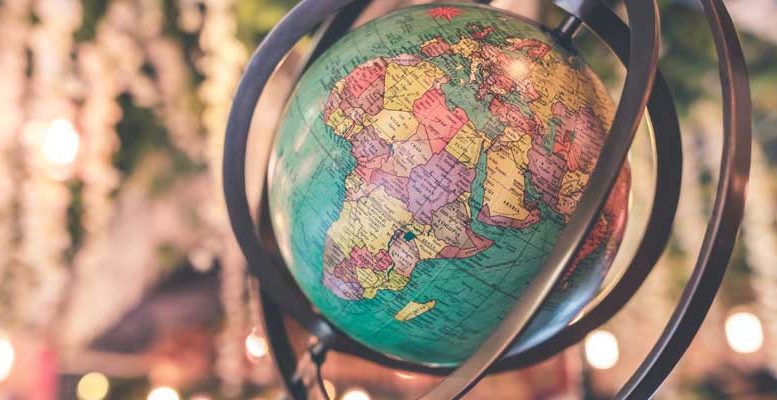 Globalisation, defined as the global integration of markets for goods, services, capital and people, is a phenomenon with very old roots and which still has a lot of life left in it. According to a report by CaixaBank Research, most studies agree that we are currently in the aftermath of the so-called second wave of globalisation and that, in the event of a new drive towards greater globalisation, we could shortly enter into the third wave. Each wave is associated with a particular process of technological change: the first took place between 1870 and the Great Depression and is associated with the Industrial Revolution; the second lasted from the end of the Second World War up to the present day and is associated with the ICT revolution; and the third, if it occurs, will be heavily driven by the digital revolution. Globalisation is currently at a crucial inflection point, as it is facing major challenges on which its development over the next few years will depend. We must therefore be aware that the current environment is somewhat unstable and that the challenges we face must be addressed if we want to make progress towards achieving a more robust form of globalisation.

Today, globalisation has reached heights never seen before: the globalisation index drawn up by the Swiss Economic Institute is at an all-time high and three of its four key pillars (goods, capital and people, but not services) also reflect the extent of globalisation. Similarly, total trade flows as a percentage of GDP in the 1970s exceeded the previous all-time high seen in the first wave of globalisation in 1913. This was a result of the liberalisation of the trade of goods and, despite a slowdown in recent years attributed to cyclical factors (the Great Recession) and structural factors (the fragmentation of some global supply chains), trade flows remain at high levels today. Services, on the other hand, continue to be the major sticking point: despite them growing as a percentage of total exports from 9% in 1970 to 25% today, regulatory barriers remain high in many sectors (such as financial services and telecommunications). Many economists have suggested1 establishing more ambitious free trade agreements to boost trade in services, which would be particularly desirable at a time when technological change is making it easier for many services to be exported and imported. With regards to the financial element, this shows very high levels of integration, despite a slight slowdown following the financial crisis that has curtailed cross-border banking flows.

Globalisation of people is also key and has become an area of particular interest in the public debate, both due to its economic impact and due to the human drama of the refugee crises (33,000 migrants lost their lives between 2000 and 2017 in the Mediterranean while attempting to reach Europe, according to the United Nations). Although the number of migrants as a percentage of the total population has remained stable at around 3% over the last 100 years, its number in absolute terms has grown to 244 million, of which 19% reside in the US and 23% in the EU. Most of the migrant flows have been from emerging countries towards developed countries, and 40% of migrants have university studies. This trend has arisen in a context of competition for global talent that has led to a brain drain in the emerging economies.

Having briefly covered the various components of globalisation, we must analyse what challenges it is facing today. The first challenge is to strengthen the major global institutions (the IMF, the Bank for International Settlements – or BIS – and the WTO), which were created after the Second World War and have supported the current wave of globalisation. The IMF, for example, should modernise its corporate governance mechanisms to give greater weight to the emerging economies, which have grown dramatically precisely thanks to globalisation. It is hardly justifiable that the OECD countries have 64% of the decision-making power in the fund, when they only represent 46% of the world’s GDP, or that China’s share of the power amounts to only 6% when it now accounts for as much as 19% of the global economy. As for the BIS, the greater interconnectedness of the global financial cycle suggests that this institution and other financial bodies should play a more active role, with a view to facilitating greater coordination on monetary and macrofinancial policy. Finally, the WTO should play a more important role in helping China to integrate more harmoniously into global trade.

The second challenge is to achieve better distribution of the overall benefits. It is important to emphasise that the globalisation of recent decades has had a positive effect overall: it has helped millions of people out of poverty in emerging countries, while in advanced economies it has generated substantial gains in the population’s well-being, as consumers have been able to enjoy a wider variety of consumer goods and at more affordable prices. However, it is fair to add that, despite these benefits, globalisation has also harmed some specific sectors: according to the MIT economists Acemoglu and Autor, 2 10% of the manufacturing jobs that were lost in the US between 1999 and 2011 (amounting to 560,000 jobs) were due to greater commercial competition with China. In any case, we must ask ourselves why the debate surrounding a more inclusive model of globalisation, which manages to compensate the losers and prevent them from being excluded from the new economy, is hotter today than ever. The answer is that, when an economy’s exposure to globalisation is limited, the benefit of greater integration is high, given that there is a marked increase in the aggregate real income of the economy. However, when globalisation has already reached a more advanced stage, there is less scope to increase the size of the cake, so to speak, while the relative magnitude of the losses suffered by the sectors that are adversely affected increases. This is the reason for the growing importance of promoting measures such as active labour market policies or income protection policies during the period of unemployment endured by those who are adversely affected by the process of change.

Finally, a third challenge posed by globalisation inextricably involves adopting mechanisms that help the process of technological change we are witnessing to be both successful and inclusive. Clearly, the digital revolution forced us to reformulate the current process of globalisation and will result in different forces working in different directions. On the one hand, the rise in the use of robots could dramatically reduce the rate of job offshoring (according to Deloitte, the cost of a robot is expected to represent 10% of the cost of an onshore employee and 35% of an offshore employee). On the other hand, the increased scalability of production at the global level could lead to the emergence of global corporate giants, which could be potentially detrimental for competition and the pace of innovation…. If globalisation and its institutions do not tackle these challenges as a matter of urgency, populist political options that advocate reversing globalisation could gain momentum. Several studies show that they have already begun to reap the first benefits: both in the US and in the EU, the areas most affected by the increase in imports from China have seen a much greater rise in the support for populist parties – so much so that some political scientists are already going as far as to state that the political debate, which has traditionally focused on the axis of left and right, will switch to a fierce struggle between globalists and populists.

Before concluding, it is important to analyse how the first wave of globalisation was derailed, to see if we can draw any lessons from it. The regression began at the end of the 19th century when the governors of the time decided to give in to the pressures exerted by a very select group of sectors (such as the agricultural lobbies) which were demanding an increase in tariffs. At the same time, countries such as the US, Canada, Australia and Argentina were not able to properly manage the levels of mass migration from Europe, which led to them closing their borders in the second decade of the 20th century. Some authors consider that the anti-globalisation sentiment among many segments of the population was one of the factors that led to the First World War between 1914 and 1918. Finally, the Great Depression gave the final blow to the first wave: countries reacted by implementing protectionist policies on a large scale, which led to a substantial worsening of the economic crisis of 1929, with far-reaching global repercussions. Not in vain, according to the economist Jakob Madsen, the volumes of real trade at the global level fell by 33% between 1929 and 1932, with almost two thirds of the decline being caused by the protectionist policies that were implemented.

In short, in this article we have recognised that globalisation is facing an historic crossroads and that now is the time to tackle the remaining challenges that have cast doubt over it. What is certain is that we are cautiously optimistic: the current system of global governance has a wide range of tools at its disposal to forge a more modern and inclusive form of globalisation. However, unless progress is made along that path, we run the risk of the shadow of the past becoming the nightmare of the present. Our ability to avoid tripping over the same stone twice depends on it.