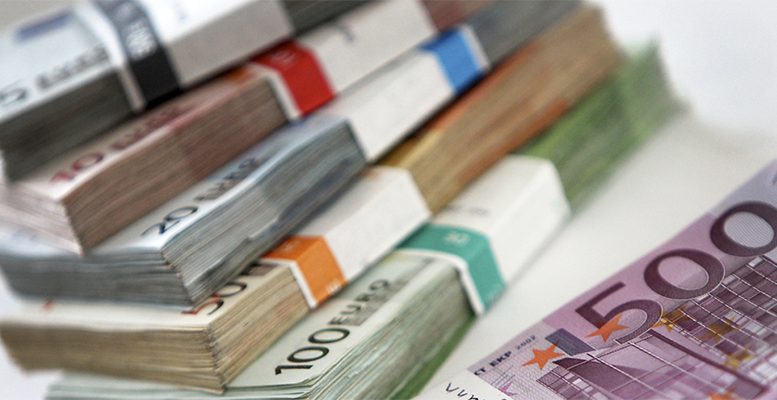 Miguel Navascués | There are many signs that the public think the crisis is over. One is the bankruptcy of Podemos, but there are many more. But has it ended? I doubt it. We are in a post crisis aftermath, which still has many signs of uncertainty. It is true that low interest rates and Keynesian fiscal policy (although not called such) avoided a 1929 style crash, but there remain many, many consequences.

The policies mentioned have re-established normality in macro variables – GDP, unemployment, inflation … – and this is good. People don´t know how close we got to falling into a depression/deflation like in 1929. Fortunately the Americans learnt from that catastrophe – which among other things led to war – and were not slow in issuing money, and permitting a public deficit which allowed the recovery to begin in 2009.

Here in Europe it was delayed until the end of 2012. Germany suffered less damage because ECB policy until then was perfectly adapted to German diktat, via the Bundesbank. Countries outside the German circle, like Spain, suffered more. But in 2012 (with the government of Rajoy) the recovery began. There were repugnant actions and omissions on the part of European institutions, begin with the Trichet epoch in the ECB, which you would have to compare delicately to a wild horse. I will not continue the torture because no-one wants it. The moment arrived when Merkel or Sarkozy named or removed prime ministers like Pedro. They did it in Greece and in Italy. They were hoisted by own petard, given the final result.

The worst of the crisis is that the very policies which helped escape it created greater doubts than ever in the whole world, beginning with China, a country where the numbers began to be questioned. And China is too large to generate negative reactions in the world.

This is the summary which the IMF provides of the latest data:

“Global debt has reached historic highs of $184 billion in nominal terms, the equivalent of 225% of GDP in 2017. On average, global debt today exceeds %86,000 per capita, which is more than 2½ times average per capita income.”
The most indebted economies in the world are also the richest. The three main borrowers in the world, the US, China and Japan, represent more than half of global debt, exceeding their share of global production.
Private sector debt has tripled since 1950. This has become the main driver of global debt. Another change in the financial world has been the increase in private debt in emerging markets, led by China, which exceeds advanced economies. At the other extreme of the spectrum, private debt remains very low in developing economies with low incomes.

Global public debt, on the other hand, have experienced a kind of inversion. After a continuous decline up to the middle of the 1970s, public debt has increased since then, with advanced economies in the lead followed recently by emerging, developing and low income countries.

What is going to happen to this debt? The easiest solution, with which everyone would win, would be interest for the common good. Better to dream the impossible that nominal GDP (real GDP plus inflation, hence the importance of higher inflation which increases nominal inflation) grow faster than debt; until now it has been the opposite: debt has grown faster than GDP, and by a lot, since 1950. But there are cycles, and each time more violent since short term capital movements cross borders with complete fluidity.

As Keynes said, excessive debt only has three kinds of solution. Either cancel the debt (at the cost of creditors), or enormous taxes – which would create a new crisis – or inflation. Cancellation is inherently difficult in Europe because there is too great a fragmentation of creditors and debtors to sit them in a room so that all renounce part of what they are owed. Tax increases – which is what is happening on the quiet – has reached its limit. This is the path our Prime Minister wants to follow, but not to pay off debt but to spend more. But it is a perverse path, with contractionary effects in terms of European fiscal pressure.

The US still has strikingly low fiscal pressure, less than 30% of GDP, but its debt is exploding thanks to Republican policies to cut taxes but not spending, especially military spending. China, as we have said, has a debt problem, which also is external. The good thing is that in China it is all public, which means that the Bank of China can handle it, but this would become inflation. It could introduce price and wage controls, but this would provoke demonstrations. The army would have to put them down, as in Tiananmen. China thought it would have no problems maintaining exports way above imports, but apart from US irritation (reiterated today for the abuse and theft of technology from joint ventures), it is the most indebted country in the world.

Therefore we are left with inflation, which surely will be the route to take after the imminent recession, which will no doubt force the issue of more debt … then will come the inevitable inflation which now seems to have disappeared. It would be the most acceptable political solution. A bit of inflation would not have been bad during the crisis, but the central banks acted with the fearful prudence which characterises them. Nothing above 2%!

This analysis shows that global politics is going to get even tougher than it is. When there is a global problem without global solution, as in this case, it is hard to find a way out.

Other problematic issues, like the fight against CO2, about which I spoke in a previous article, can add problems, given that they are already resulting in an increase in energy prices – contra-indicated for the coming recession – or in more debt. The actions to slowdown warming, organise periodic summits, could they think about debt?

This would have the advantage of focusing on the problem; unfortunately, it would also attract the attention of the financial markets, and we do not know what the reaction would be. We would expect them not to react well faced by the suspicion that the interests go against them. Financial markets are speculative and leveraged. People and institutions get indebted to speculate, although they call it investment. Strictly, investment is buying shares to increase capacity, or to create a company. Markets do this, of course, but in a tiny part of their operations. The majority is speculation, with the expectation of buying shares and selling them when the price rises.

Therefore, the announcement of a summit to talk about global debt would undoubtedly drive markets down. Probably a summit on debt would also have little practical impact. It is not easy to imagine that the global problem could be solved on a case by case basis.

Another argument for its difficulty is that politicians have their own cycle, generally of four years, which makes them reluctant to take long term decisions which make them lose the next elections. The opposite is more likely: drive up debt and let the next guy take the responsibility. We still have not spoken of future contracted debt, like pensions. This opens a really difficult timeline.