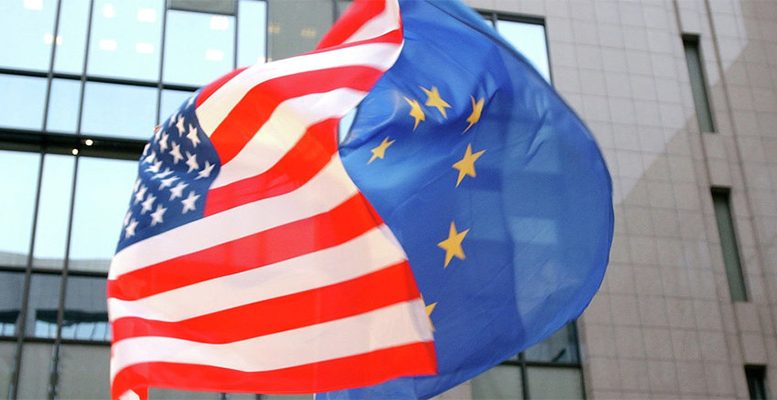 Inflation and bond yields in Europe will continue to rise, albeit to a lesser extent than in the US

With European high yield (HY) spreads nearing two-year highs, investors are taking notice. In contrast to comparatively stable levels in the US., PIMCO strategists flag that European HY spreads have nearly doubled since October 2017 (see chart). As a result, and for the first time in over five years, high yield spreads are wider in Europe than in the U.S., despite their higher average credit rating (BB- in Europe versus B+ in the US). As pointed out by economists at PIMCO:

“Although valuations are starting to look more interesting at these spread levels, the broader market remains less compelling”. Beneath the surface, dispersion among issuers is growing, fundamentals are deteriorating, and the importance of credit selection is increasing.”

Several issuers entered the ICE BofAML European Currency HY Constrained Index at substantially wider spreads than those leaving. This was followed swiftly by poor earnings results from several larger, primarily B rated benchmark issuers, and thereafter by a number of name-specific credit concerns. Political uncertainty in Italy added further momentum to the sell-off, particularly as approximately 15% of the European HY universe is composed of Italian issuers. Outflows from European HY mutual funds this year estimated at -€5.7 billion through 30 September, together with net positive supply of €6.4 billion over the same timeframe also contributed to the weak tone (Source: JP Morgan).

Added to all this, the general slowdown in European growth could lead to higher leverage ratios should earnings weaken and debt reduction efforts stall. While the aggregate level of leverage is not (yet) a cause for alarm, the markets are likely to increasingly price in the potential for future re-leveraging, and issuers that are outliers may face challenging trading conditions ahead. Equity weakness, if it persists, would only exacerbate this trend, with declining valuation multiples placing incremental pressure on company balance sheets.

Amid this backdrop, dispersion among individual issuers is increasing. According to Bank of America Merrill Lynch, dispersion (as measured by the proportion of European HY bonds dropping more than 10 points in a month) is at three-year highs and climbing, indicating declining investor support for weaker credits as liquidity is withdrawn.