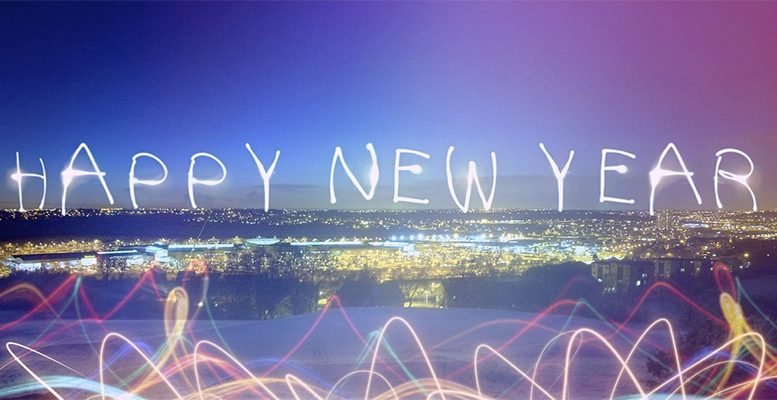 Barry Eichengreen via Caixin | What would have to happen for this to be a tranquil year economically, financially, and politically? Answer: a short list of threats to stability would have to be averted.

First, the trade war between the United States and China would have to be placed on hold. In November and December, financial markets reacted positively to each hint of a negotiated settlement and negatively to each mention of renewed hostilities — and for good reason: tariffs that disrupt trade flows and supply chains do global growth no good. And, as we know, what happens in financial markets doesn’t stay in financial markets: outcomes there powerfully affect consumer confidence and business sentiment.

Second, the U.S. economy will have to grow by at least 2%, the consensus forecast incorporated into investor expectations. If growth comes in significantly lower — whether because the sugar high from the December 2017 tax cuts wears off, the Federal Reserve chokes off the expansion, or for some other reason — financial markets will move sharply downward, with negative implications for confidence and stability.

Third, China will have to avoid a significant intensification of its financial problems. Successfully managing a corporate-debt load of 160% of GDP requires not just selectively restructuring bad loans, but also increasing the denominator of the debt-to-GDP ratio. With infrastructure investment weak and manufacturing production declining, China is increasingly unlikely to achieve the authorities’ 2019 target of at least 6% growth. In that case, slow growth and mounting debt problems will feed on one another, dragging down economic performance in China and much of the emerging-market world.

Fourth, voters in the European Parliament election in May will have to prevent the victory of a right-wing nationalist majority hostile to European integration. Europe needs to move forward in order to avoid falling back; the existence of the euro leaves it no choice. For now, moving forward means creating a common deposit insurance scheme for its banks, introducing at least a modest euro-area budget, and augmenting the resources of its rescue fund, the European Stability Mechanism. But if the common currency’s travails during the past decade have taught us one thing, it is that such measures cannot be force-fed to the European public by the elites. Durable integration requires grassroots support. And that support must be evident at the polls.

All of these happy outcomes are of course far from assured. But if some of them materialize, they will increase the likelihood of others. For example, if U.S. President Donald Trump ends his trade war, the growth outlook in the U.S. and China will brighten. Robust growth there would create a more favorable external environment for Europe, brightening its own economic outlook and bolstering the electoral prospects of mainstream parties and politicians.

Conversely, a poor outcome on one front will dim the prospects on others. Disappointing growth in the U.S., for example, would cause Trump to seek a scapegoat. If not Fed Chair Jerome Powell and his colleagues, that someone will likely be Chinese President Xi Jinping. In that case, the trade war will be back on, and growth and financial stability in China would suffer accordingly. This combination of U.S. and Chinese economic woes would then drag down growth in other parts of the world, fanning the populist backlash against the political establishment in Europe and elsewhere.

Similarly, if the negative shock is slower growth in China, the authorities in Beijing will almost certainly respond by depreciating the yuan. This, too, would incite further trade conflict, with negative repercussions all around.

A final prerequisite for a tranquil year is a limited outcome for U.S. Special Counsel Robert Mueller’s investigation into misdeeds by Russia’s government and the Trump family circle. This conclusion might seem odd. If the U.S. president’s erratic personality, disruptive tweets, and counterproductive policies pose such a serious threat to stability, then surely a scathing indictment by Mueller and his team, leading the House of Representatives to draft articles of impeachment, is the most direct route to removing this danger.

But if the Mueller report implicates Trump’s children – Donald Trump, Jr., Eric Trump, and Ivanka Trump and her husband, Jared Kushner — or the president himself, Trump will lash out, as he does whenever he feels the need to defend himself. The likely targets include not just Mueller and the Democratic majority in the U.S. House of Representatives, but also the Fed, China, Mexico, and the countries of Central America and Europe, as Trump lays down an economic smokescreen to cover his political misdeeds. This will roil financial markets and depress investor confidence. And there will be no obvious end to the disruption, given the low likelihood that the Republican-controlled Senate will vote to convict Trump.

Rather than pursuing impeachment, the Democrats should focus on how to beat Trump in the next presidential election. That means crafting an agenda and agreeing on a candidate. In the meantime, we can only cross our fingers and hope for the best. November 2020 is still a long way off.