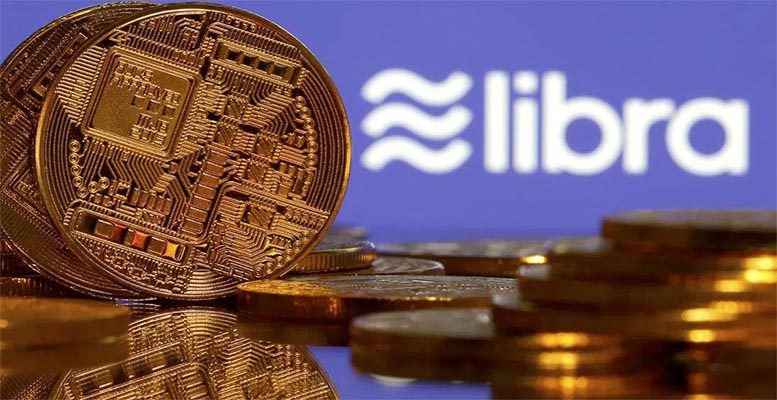 Collectively, the network is intended to support the Libra, a supranational currency unit made available initially to verified users of the Calibra wallet software, a subsidiary of Facebook, Inc. As the Libra currency unit is intended for commercial use and marketed for global peer-to-peer transactions, amongst the 2.7 billion users of WhatsApp and Facebook, it is critical that the unit will not be subject to the precarious volatility characterizing national currencies. As is widely known, the relative purchasing power of a given national currency is not only subject to inflation and domestic monetary policy, but to a broad array of externalities spanning the complexities of global trade and political shifts. Addressing this issue in congressional testimony, David Marcus explained the intentions of minimizing exposure to the nominal volatility of national currencies by collateralizing the currency unit with reserves held in strategically dispersed locations, scattered across the globe. Ostensibly, the currency reserves would act as the key mechanism in the value preservation of the Libra currency, granting holders the lawful claim to a reserve of currencies including the U.S. Dollar, the British Pound, the Euro and the Japanese Yen. Not dissimilar to that of the IMFs “Special Drawing Rights”, the intended strategy by which to achieve relative stability, is to maintain a weighted basket of fiat currencies, evaluated against strict fiscal and monetary procedures in the effort of preserving relative stability for those denominating transactions in the unit. By collateralizing each unit with the lawful claim to a relative distribution of highly liquid assets, the assumption was that regulators would accept the legitimacy of the Libra currency as a synthetic asset, at face value. That was far from the case.

The cost of innovation

Unfortunately, the ensuing politicization of the issue displayed not only the polarization characterizing contemporary political dialogue in the United States, but the extent to which the legislative agenda in the United states, remains uninformed of the impact of domestic technological advancements. While the detractors correctly identified impact on systemic risks, fiscal stability and the effects of domestic monetary policy, there is little reason to believe that these effects could not be adequately mitigated with prudential supervision and oversight. As noted by several observers, the political debate following the release appears to have been conflated with the unfortunate proliferation of targeted disinformation on social media. While the contamination of the public sphere through the targeted dissemination of misinformation, distorted narratives or outright falsehoods presents a genuine threat to democratic discourse, this is not to be mistaken for the value and urgency of financial innovation. As demonstrated by the aggressive progress with which China has pursued digital innovation in payment infrastructure6 evident in the rapid adoption of WeChat Pay and Alipay, the basic assumption that a cashless economy is a value multiplier, ought, by now, to be beyond reproach. Thus, the question ought to be: how can the development and dissemination of Libra take a new direction, in which the concerns of regulators and participants are mitigated to the extent that Libra can execute on the stated vision of becoming an open, permissionless payment layer for global transactions?

We believe David Marcus, CEO of Calibra, recently identified the way forward: instead of relying on issuance of a single synthetic asset, Libra should observe and preempt regulatory scrutiny by issuing stable coins pegged to and collateralized by national currencies:

Not only should Libra pursue the issuance of Stablecoins, the ability to mint digital assets on Libra should be granted to any qualified partner, able to comply with harmonized global regulations and maintain qualified custodianship of the assets represented on the Libra blockchain. By instituting a clear distinction between the non-profit entity maintaining the global infrastructure and the regulated financial entities issuing Stablecoins, the foundation would significantly reduce the regulatory obligations associated with launching Libra and mitigate scrutiny by regulators concerned with systemic risks, fiscal instability or the correct application of KYC/AML procedures. In the words of Randal K. Charles, Chair of the Financial Stability Board: “Same activity – same rules!”. Instead of pursuing a single synthetic asset class, the Libra Association should lobby for harmonized and simple regulatory frameworks for the governance of the third parties utilizing the Libra chain for executing payments. This does not mean Facebook would not be able to pursue profits with the Calibra project, far from it, the Calibra wallet would compete on a level playing field with any other regulated entity offering services on the network. The regulatory burden and associated compliance costs would befall those who utilize the ledger for their own gains, be it in the issuance of collateralized stable coins, commodities or other financial instruments, effectively removing Libra from the money trail altogether. The issuance of stable coins must not only conform to established open standards in the regulatory domain but assimilate generally accepted code standards. The consolidation around harmonized legislation and open-source frameworks for token issuance will reduce regulatory friction, by mitigating the concerns triggering the posture with which regulators have approached the Libra project.

The issuance of stablecoins on Libra can be executed in a simple step by step flow, not dissimilar from the existing models for stablecoins currently on the market. By enabling reputable and vetted partners of the organization to store fiat currencies with qualified custodians and subsequently issuing digital assets representing a legal claim to the assets-under-custody, subject to attestations, the Libra foundation would enable liquidity providers to service users on the network. The digital assets issued against the legal guarantee of redeemability with the custodian would conform to a single standardized format and thus become fungible and immediately convertible for the relative value of the asset in another medium.

To this end, our blockchain research arm, eToroX Labs, recently released the codebase for deploying tokenized assets in the Move IR language. The codebase can be forked by anyone looking to exploring the issuance of tokenized assets. Through our regulated blockchain exchange, eToroX, eToro Group is currently maintaining 15 stablecoins and two commodities deployed on the Ethereum Blockchain, assimilating the standard set out above.10 By conforming to this or a similar methodology, the Libra foundation would appeal to unbanked users seeking viable remittance opportunities or access to financial services, such as micro-credit or savings opportunities. A cross-border transaction between multiple currencies would no longer relay excessive fees onto the sender and recipient, as the sender would be able to purchase any digital asset representing a domestic currency format with a reputable and insured brokerage or institution, monitored by the Libra foundation.