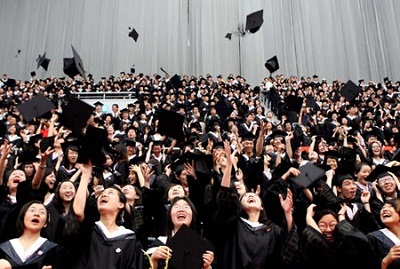 BEIJING | The BBC recently released an article on how Chinese students with foreign qualifications are having a harsh time looking for a job. Not so long ago, the article goes, they used to have a promising professional future in China ahead of them. They had an experience, language skills and qualifications other potential employees educated in local universities did not. Conversely, nowadays their academic profile seem not to fit the demand.

The BBC’s report mirrors the difficulties behind the plea of China’s Prime Minister Wen Jiabao to  “maintain steady and relatively fast economic growth to help create jobs”. Nevertheless, the difficulties behind China’s unemployment is not limited to job creation. Who is eligible to fill a vacant position (specially in the case of young graduates) is also an issue in the country. Not only Chinese educated abroad are seeing their backgrounds and qualifications unable to match the demands, but also those graduated by Chinese universities are having trouble. Two articles released by the government newspaper China Daily are a good example of how this gap is affecting the employment market and education itself.

As quoted in China Daily, Chen Yu, director of the China Institute for Occupation Research at Peking University said “China should gradually raise workers’ pay, especially technicians, who are in great demand, to attract more young people to blue-collar work.”

According to Chen Yu, there are more college graduates than technicians because the education structure does not meet the market demand.

For those not willing to lower their expectations and undertake blue-collar jobs, the Yiwu Industrial & Commercial College at Zhejiang province found the formula to counterbalance the situation and ensure their students have a job and a source of income in the future: “making business the top priority”. China Daily reported that so far more than 1,800 students have started their own e-business.

The college has provided a favorable environment for these young entrepreneurs, the paper argues. They have been introduced to delivery companies and they are even allowed to take orders in class. The reason behind such flexibility is simple.

As the dean Zhu Huabing explained China Daily, “failing the tests doesn’t mean he (the student) hasn’t mastered the skills. Take the marketing course. Being so successful in his business, Shi (one of the students at the college) clearly has no problems with marketing,” Zhu says.

Being employed or unemployed in China seems to be a matter of prioritizing survival over professional ambitions. Taking blue-collar jobs, for instance, is seen as a way to gain experience at the expenses of lowering one’s professional ideals. A formula that might help ease the social consequences of unemployment now that the country is heading for the once-in-a-decade leadership transition.

Wen Jiabao is aware of the fierce need of creating employment. The government is committed to maintain the unemployment rate under 5% while creating 85 million jobs in urban and rural areas in the following 3 years. It might do the numbers but it might not work in the long term, unless the market is restructured. Fresh graduates might want more than survival. And small and medium size companies expected to lead China’s economic growth in the foreseeable future need a pool of potential employees ready to pursue their professional ambitions.