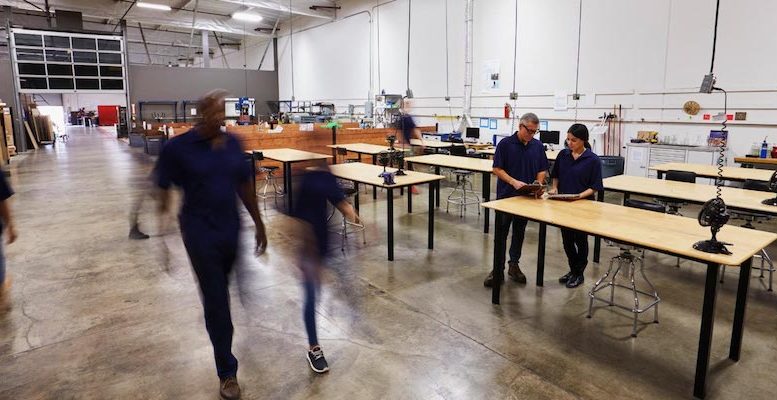 Much human work involves helping and serving others

Jamie Merisotis | A new report from the International Monetary Fund says that COVID-19 will increase income inequality in emerging markets and developing countries, “further widening the gap between rich and poor” and increasing the urgency for “investment in retraining and reskilling programs [that] can boost reemployment prospects for adaptable workers whose job duties may see long-term changes as a result of the pandemic.” For many years, these countries have been challenged by disaffected youth along with “wide inequality in education, and large gaps remaining in economic opportunities for women.”

The report further warns that “COVID-19 is expected to make inequality even worse than past crises since measures to contain the pandemic have had disproportionate effects on vulnerable workers and women.” Even before the pandemic, growing income inequality had become a stubborn feature of global economies, but that doesn’t mean we should accept it — or the social devastation it’s likely to cause.

The rise in inequality isn’t just tragic for the millions who are directly affected. We see it reflected in the growing allure of authoritarianism, in the fearmongering directed at lower-income groups, and in the despair and hopelessness of those who feel left out and left behind. The accelerating increase in inequality is dangerous for the future of societies and for the planet.

Ironically, the two groups who have fared best in recent decades are the very poor and the very rich.  The global decline in extreme poverty is one of the most important developments of recent times. Between 1990 to 2015, the extreme poverty rate dropped from nearly 36% to 10%. At the other extreme, the very rich have done quite well. In the last 10 years, the number of billionaires around the world has nearly doubled. In 2018, the 26 richest people in the world held as much wealth as did the entire bottom half of the global population — some 3.8 billion people. More to the point, from 1990 to 2015, the share of income going to the top 1% increased in four out of five countries around the world.

This massive redistribution of wealth means that the world can no longer be neatly sorted into “developed” and “developing” countries. The global distribution of wealth is now more of a continuum. But the good news ends there, and the trend is inescapably clear: Wealth inequality is growing around the world. In the United States, it’s rising not just because the rich are getting richer, but because since 2000, incomes at the lower end of the scale have stagnated or fallen. Inequality in the US is the highest among the G7 countries, and the wealth gap between America’s richest and poorest families more than doubled from 1989 to 2016. Between 2007 and 2018, median income in black households fell from 63% to 61% of median white household income.

COVID-19 has worsened things considerably. The pandemic has hit poor countries particularly hard, with experts estimating that as many as 115 million people could fall back into extreme poverty in 2020 alone. Unemployment in most countries has risen the most for people in lower-paid jobs. In the US, unemployment among those with less than a high school diploma reached 21.2% in April, while for those with a postsecondary degree it peaked at 8.4%. According to the World Economic Forum, the impact of COVID-19 on workers with lower levels of education will be even worse than the global financial crisis of 2008.

While COVID-19 has accelerated the shift, the transformation of work — especially the automation of a much wider array of tasks through the use of artificial intelligence — is a major driver of inequality. For decades, as low-skill jobs were automated, we have seen an increase in the knowledge and skills demanded of workers. Of course, this is reflected in the rising demand for higher learning and the credentials that represent such learning.

This long-term shift reflects the emergence of human work — work that demands uniquely human traits and capabilities. A human worker takes traits such as compassion, empathy, and ethics, combines them with developed capabilities such as critical analysis, interpersonal communication, and creativity, and then applies them, often in highly interactive settings. Much human work involves helping and serving others, using technology and other resources to understand and help solve people’s problems.

Today, and even more so in the future, holding a good job and doing meaningful work depends on people’s ability — and opportunity — to prepare themselves for human work. Sadly, these opportunities are unavailable to many, which means inequality will continue to increase. But we can change that — first, by changing our approach to education, training and employment.

To begin with, we must abandon the outmoded idea that education, training and employment are different activities that occur in discrete systems. We still see learning and work as separate and sequential: People go to college or technical school, and then they go to work, maintaining their skills through experience and occasional training on the job. This approach has been obsolete for a long time, yet it is still how most education and training systems are designed, certainly those in the US.

But in reality, “student” and “worker” are no longer two different kinds of people, if they ever were. In most cases today, people play both roles simultaneously. Learning and working are done concurrently and continuously, and both are necessary throughout one’s career. For today’s economy, and even more for tomorrow’s, the concept of “once and done” education is dead. In an era when people can be thrown out of the labor market suddenly with little chance to prepare, all workers need opportunities to keep learning throughout their lives and careers. And all of that learning, however and wherever it is obtained, needs to be recognized to count toward credentials that open the door to meaningful work. The true tragedy of the rise in inequality is that it reflects a society coming apart at the seams. But changing the trajectory of inequality to build a more just and open society isn’t an insurmountable challenge. Indeed, if 2020 has taught us anything, it’s that massive change can come very quickly. Now is the time to work toward such change. We can do that by applying the three interrelated aspects of human work — learning, earning and service to others — toward reducing economic and social inequality. Indeed, our only way to eliminate these inequities is to ensure that everyone has the capacity and opportunity to do human work.