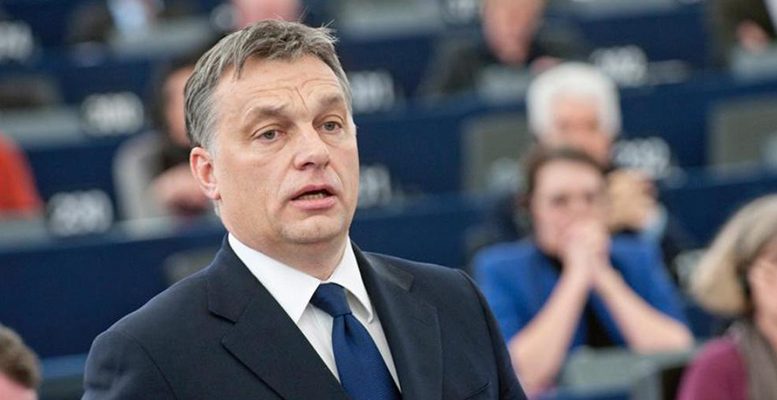 Nick Ottens (Atlantic Sentinel) | Hungary and Poland are holding up approval of the EU’s seven-year budget and coronavirus recovery fund, worth a combined €1.8 trillion, vowing to jointly veto so long as the rest of the bloc insists on tying funds to compliance with the rule of law.

The countries’ far-right governments, which are already being probed by the EU for politicizing their judicial systems, claim they are defending national sovereignty from foreign interference.

Viktor Orbán, the Hungarian prime minister, said he would not “subject Hungary to a situation where a simple majority imposes issues upon the Hungarian people they do not want.”

The problem with that statement: 25 of the EU’s 27 member states support the proposed rule-of-law conditionality, as do 72 percent of Hungarians and Poles.

EU-wide support is as high as 77 percent, according to a poll commissioned by the European Parliament.

Law and Justice hasn’t gone that far, but — like Orbán — it has undermined the independence of the judiciary in Poland by:

The party claims it is purging holdovers from Poland’s communist regime, who are blocking the will of “the people”.

However, few judges are old enough to have served prior to 1989.

The real reason for the many changes is that an independent judiciary stands in the way of Law and Justice’s vision of an illiberal Polish democracy.
Tactics

Both have purged political opponents from government agencies and state-run companies.

Both have weakened the free press. Hungary fines journalists who provide “unbalanced” coverage. Orbán’s allies have bought up critical newspapers and websites and turned them into government mouthpieces. Law and Justice has converted the previously independent public broadcaster into a propaganda channel.

Both scapegoat minorities. Orbán has deprived all but a few non-Christian churches of state funding and frequently inveighs against Muslim immigration. Law and Justice calls gay rights an “import” and has declared dozens of municipalities “LGBT-free zones”.

EU leaders — including Orbán and his Polish counterpart, Mateusz Morawiecki — agreed in September to tie the disbursement of EU funds to compliance with the rule of law.

The conditionality is not automatic. To withhold funds, a qualified majority of fifteen out of 27 member states, representing 65 percent of the EU’s population, would need to agree.

Only rule-of-law violations with budgetary implications would qualify.

For supporters, it’s the bare minimum the EU could do to uphold the democratic values Hungary and Poland also subscribed to when they joined in 2004. Leaders would still need to actively sanction two of their own, something they haven’t done so far. Current disciplinary procedures, which could see Hungary and Poland lose their voting rights in the councils of the EU, were initiated by the European Parliament.

But if the proposal were meaningless, Orbán and Morawiecki wouldn’t be fighting it. They understand it could be used to rein them in — which is exactly why the rest of the EU must hold firm.