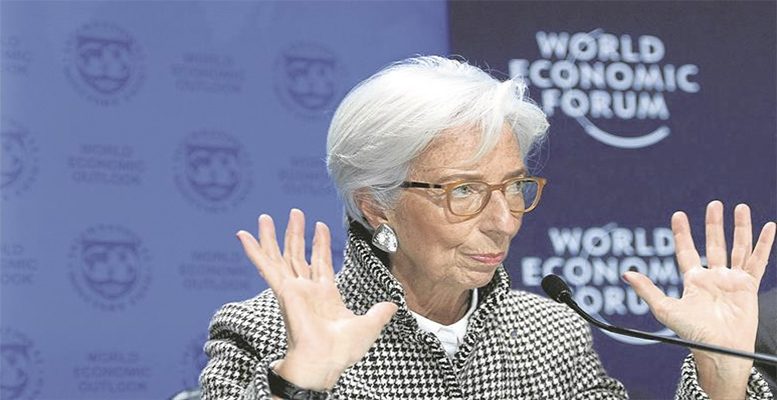 On the other hand, the estimates for the emerging countries were unaltered at 4.9% and 5% for this year and the following one. Despite that, there were some slight changes in the composition of the figures for the emerging markets: for example, the growth expected for China was revised slightly upwards, by 0.1 % for 2018 and 2019 to 6.6% and 6.4%, respectively.

That said, the upward revisions for those countries exposed to the production of raw materials were even greater. In the case of Brazil, growth of 1.9% is predicted for 2018 (+0,4 %), while in the case of Saudi Arabia an advance of 1.6% (+0.5 %) is forecast.

Amongst the developed economies, the Eurozone saw an important upward revision to forecasts for this year (+0.3% to 2.2%) and next (+0.3% to 2%), underpinned basically by the improving outlook for Germany. The IMF estimated an advance of +0.55% more than forecast in October for the European growth driver in 2018 and 2019 to 2.3% and 2%.

What was a surprise was the correction made to the growth estimated for Spain this year (-0.1% to 2.4%) given “the impact of greater political uncertainty on confidence and demand.” In Intermoney’s view, this is underestimating the important positive inertia of Spain’s economy which is particularly visible in employment:

As far as the US is concerned, the better-than-expected GDP performance in 2017, along with the effects of Donald Trump’s tax reform (mainly on investment), has led the IMF to expect greater growth in 2018 (+0.3% to 2.3%) and 2019 (+0.4% to 2.2%). The organisation also said that the afore-mentioned tax reform will mean that growth will be 1.2% higher until 2020. That said, the situation will be reversed from 2022 onwards, when estimates will be lower given the need for a fiscal adjustment in the US.

There is just left to mention the lack of change to the IMF’s growth estimates for the UK for this year (1.5%), which clashes with the strong advance of 0.5 pp forecast for Japan (1.2%). What was more interesting were the IMF’s reminders about existing risks. Intermoney’s analysts point that:

In principal, these risks were concentrated in the medium-term and would be on the decline, possibly arising from a correction in the markets due to a faster acceleration in inflation than predicted in the developed economies. This could lead to a sharper tightening in monetary conditions on the part of the central banks, which would have an effect on debt, stock markets and currencies. That said, out of all these issues, the one where more concern was detected was debt. This is due to the fact that the IMF is observing “a worrying rise in debt in many countries.”

This would explain why the IMF is also concerned about the risks derived from excessive laxity in monetary policy over a long period of time, in the event current levels of confidence and inflation are maintained. If this scenario were to happen, the worrying global financial vulnerabilities would increase.