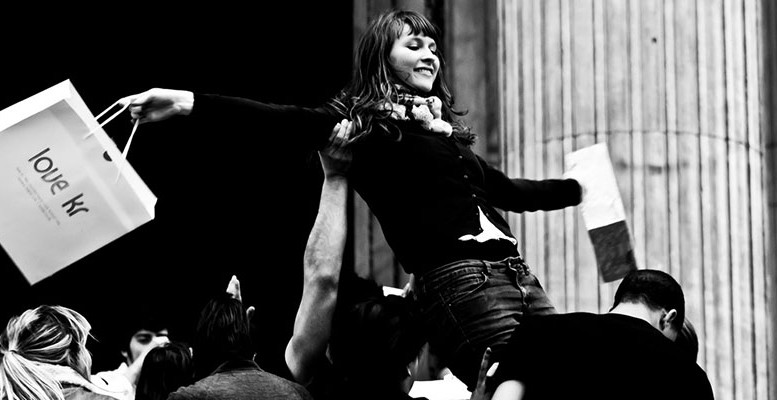 Quite frankly, it’s obscenely ironic to listen to some of those new politicians, fresh on the scene, confessing or having confessed – with a sense of pride worthy of a much better cause – to espousing communist ideology, as they arrive at parliament with the aim of reforming democracy. A contradiction in terms, taking into account where it’s coming from! And not content with just saying it once, they repeat it emphatically like an electoral argument, appearing unaware of a sad piece of history which, at least in Europe, officially ended with the fall of the Berlin Wall on November 10th, 1989.

It seems incredible that in 2016 a calumny of such proportions exists without it generating any kind of embarrassment. So we must concede that such a stance is not just pie in the sky. It is the response to objective reasoning as a result of a physical law. According to this, capitalism took over the space left by communism, with about as much sensitivity as an elephant would show if it went into a crockery store.

This is the only way to understand how someone nowadays can defend the principles which sparked off the October 1917 revolution and say that they have come to reform the democratic system.  At this point, there are now more and more economists, philosophers, political experts and thinkers in general who are getting tangled up in an interesting debate which has its roots in the financial and economic crisis which started with Lehman Brothers’ bankruptcy in September 2008. This has left the global economies in a situation from which they are still unable to exit, and which threatens to be repeated if China doesn’t get back to normal.

We are nearly eight years on from the crisis, the effects of which have been particularly devastating for the weaker social classes. This has led to an unsustainable unemployment rate, as well as inequality, in countries like Spain. So now some people are beginning to wonder whether productive capitalism is ailing, given how difficult it is to recover pre-crisis levels. Plus the fact that all the vices which fuelled that crisis have been eradicated, with their most dramatic consequences being the redistribution of income to the rich and, as a result, the loss of solid, durable and well paid jobs.

Economists like Minsky, Goldstein, Beinstein, Harvey, Katz, Summers or Krugman have begun to assume greater significance in Spain, thanks to economists like Navascues, a monetarist and former Bank of Spain economist. He has started to question the health of a capitalism which is reflected in non-financial companies’ preference for “paper assets,” a policy which has gained momentum since the recovery and adds nothing in accounting terms to real investment. An exchange of property rights which does not contribute anything to GDP.

Navascues is particularly critical when it comes to what he calls companies’ financial self-absorption. Despite the fact that household and corporate debt has declined, although not enough, non-financial companies are taking on more and more debt to buy financial products and property assets instead of financing investment in capital goods. This is what companies sometimes call non-strategic assets.

The current economic policy models are still based on the belief that markets behave rationally, something which has increasingly been called into question. There is no easy solution to a problem which has its roots in a major crisis of motivation. If demand is boosted by public spending, that could provide a stimulus for productive investment.And all this is happening as fears increase over the eruption of another crisis, with China as its nucleus, and at a time when regulatory reforms have not yet eliminated the risks of the previous one.

Navascues’ thesis ends with a statement which sparks a very interesting debate. And it explains how a new political class has emerged in Spain, nearly 100 years after the Bolshevik revolution, which has no qualms in declaring itself communist and that its aim is to reform the Democracy. A model based on self-interest doesn’t work if there are lots of detours providing convenient solutions for the different parts, but which are disastrous for the whole.