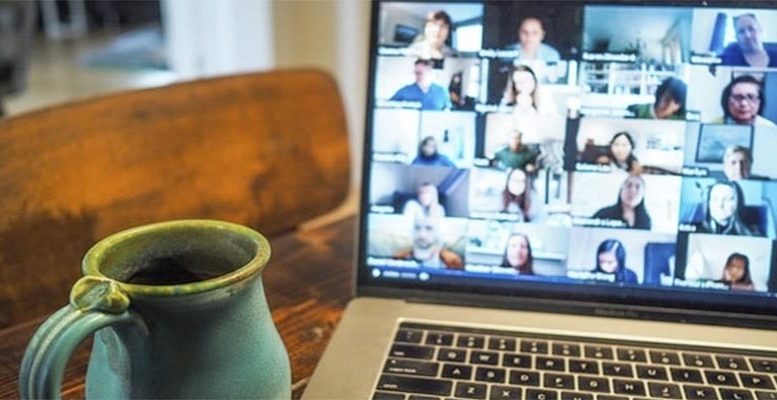 Mark Callender (Schroeders) | Some real estate investors believe the successful working from home experiment during this crisis will lead to a long-term decline in demand for offices. We think this is premature.

One of the more mundane aspects of the coronavirus has been the sudden evacuation of offices and mass adoption of home working. In the US it is estimated that as many as 40 to 50% of people are now working mainly from home. In 2019 this figure was just 5%. The shift has been repeated across the world, as governments have asked people to stay indoors.

Millions of people are now working on their kitchen table or sofa, using email and conference calls to communicate with colleagues and clients. The use of video conferencing services such as Microsoft Teams, or Zoom has sky-rocketed. The simultaneous collapse in air travel has meant that in May, the market capitalisation of Zoom – which only started in 2012 – passed that of the world’s seven biggest airlines combined.

The key question for real estate investors is whether this successful experiment with home working will now lead to a step change in occupier behaviour and a structural decline in office demand?

Of course, the need to comply with rules on social distancing means that companies are unlikely to cut their office space as soon as lockdown rules are relaxed. In theory, businesses might actually need more office space per person. However, that assumes that companies can afford to rent additional space, which is debateable in the current economic environment. It also assumes that most staff can travel safely to the office without using public transport. That might be possible in Amsterdam, Copenhagen, Luxembourg, and Manchester where most people either cycle, or drive to work, but is unrealistic in major cities like Berlin, London, Paris, or Madrid where traffic congestion and limited parking means that the majority of commuters have no alternative to public transport.

Instead, the real issue for most businesses is how many staff they can accommodate safely within their existing office. The answer varies according to the design of the building and whether floors are open-plan, or cellular, but space planners estimate that most offices can probably only safely accommodate between 25% – 40% of staff.

What about a “distant” future?

What will happen once the coronavirus is brought under control, either by a vaccine, or by an effective treatment? Will companies encourage staff to continue working from home and cut the amount of office space they occupy?

Recent headlines suggest some companies have already decided to downsize their offices. Facebook and Twitter have both announced plans for a permanent shift to more remote working and Barclays and Morgan Stanley are known to be reviewing their office requirements. Companies have a big incentive to cut their office use. Bills for rent, service charges, utilities, are all meaningful costs. Staff also benefit by spending less on commuting and having more time at home. The average one way commute in both the UK and US takes half an hour. Furthermore, even a small fall in the number of cars can lead to a significant improvement in traffic flow and fewer cars means cleaner air (at least while most cars have internal combustion engines).

Yet, if remote working is such an obvious win-win for both businesses and their staff, why were companies so slow to adopt it before the coronavirus? The pressure on companies to economise is nothing new. Email and video-conferencing have existed for 25 years, albeit the technology could be unreliable in its early years.

Part of the answer may have been to do with control, and concerns that less conscientious staff would take advantage of remote working. Being seen in the office can also help employees. There is some evidence that staff who routinely work from home suffer from being “out of sight and out of mind” and are less likely to get promoted and experience slower pay growth.

How you work, versus where you work

Probably the main reason that so many organisations continue to occupy offices is productivity. Despite all the advances in technology, the office is still the best place to communicate with colleagues, spark new ideas, provide training, share values and meet with clients.

Face-to-face meetings are critical to building relationships and establishing trust. Moreover, people are social animals who enjoy networking. Studies suggest that people who work mainly from home often feel isolated and risk becoming demotivated about work. In addition, many people like the physical separation between work and home. Younger staff who live in shared accommodation, or a small flat, may prefer to be in the office, particularly if it is centrally located and close to other amenities like gyms, bars and shops.

Indeed, many companies – including tech giants like Apple and Google – have invested heavily in new offices over the last few years. The office is now another ingredient which companies use to attract and retain staff, on top of salaries and other benefits. Some companies that adopted remote working earlier, like IBM, have subsequently reined in the practice.

Don’t write off the office yet

On balance, we think it is premature to assume that the office is dead, given its enduring advantages. Some businesses will be tempted to continue with large scale remote working after the pandemic and cut their office space. But we expect that the majority of occupiers will revert to prior working patterns, albeit it more people may work one day a week at home.

In our view, new technologies such as blockchain, robotic process automation and voice recognition probably pose a bigger threat to the office, as they reduce the number of people working in call centres and back office administration. However, the demand for offices in city centres and close to universities should continue to increase, driven by the growth in tech, life sciences and professional services.