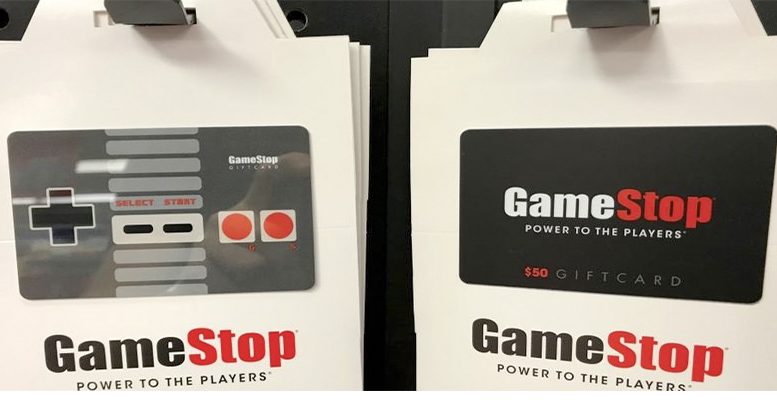 Peter Isackson | There have been enough commentaries in the past week on the great GameStop affair to fill several editions of Encylopaedia Britannica and possibly Wikipedia as well. The Daily Devil’s Dictionary particularly appreciates an article penned by Alex Hern, the UK technology editor for The Guardian, for its accuracy of description. In one short paragraph, he provided a pithy account of the cultural context that produced the event.

The scale of the drama in monetary terms — an estimated $70 billion in losses for the hedge funds that had taken a short position — is enough to throw doubt on any attempt, however well informed, to analyze the causes and meaning of such an event. The GameStop affair calls into question most of the well-rooted beliefs people hold about an economic system promoted in schools and the media as something to revere for its rational “efficiency.”

Hern offers us this wonderful explanation of how an operation piloted by a group of ordinary people on Reddit played out: “A classic WallStreetBets trade tends to include a strong narrative at the root, an almost alarming insight into the deep workings of financial markets as the hook, and then, the essential element, enough self-awareness that the whole thing can be adopted as a sort of quantum joke: it’s either all for a laugh or an entirely reasonable investment proposition, and it is impossible to know which until the dust has settled and the winners and losers have emerged.”

An act that conclusively exposes the reigning hyperreality in politics, finance, technology or any other domain

After starting so brilliantly as Hern highlighted the monstrously comic side to this hyperreal adventure, the article disappointingly fades out to end with a banal conclusion shared by numerous commentators. Hern writes: “What is not clear is how this might end, other than a lot of people losing a lot of money. But this time, they aren’t going to go down laughing.” Though true, this facile moral advice misconstrues the deeper reality of the situation.

Many of the pundits in the past week have moralized the story in an identical fashion. It consists of pitying the poor souls who jumped into a game they cannot understand. This saddles them with the role of Schrodinger’s cat, who, when the box is opened, is just as likely to be dead as alive. That is because, in reality (if such a thing exists), the cat is, in a real physical sense, both dead and alive at the same time.

Implicitly these commentators, including Hern, speaking from their perch as members of the philosophical, journalistic or financial elite, are saying: It’s better to be a Wall Street professional because they know what they are doing and can absorb their losses, whereas Reddit’s retail traders probably can’t afford to lose $500 without compromising their personal future.

That condescending advice restates, without acknowledging it, what is now an established law: that the wealthy will always escape unscathed from the catastrophes provoked by their risk-taking, whereas the little people, even when successful, can never hope for more than a Pyrrhic victory in this game of class warfare.

Some commentators, also aware of the joke-like nature of the drama, go further. Kevin Roose, writing for The New York Times, hedges his bets, noting that “the GameStop saga is either a cautionary story about a bunch of reckless nerds destabilizing the stock market for laughs in a way that is likely to backfire on them spectacularly, or a David-and-Goliath morality tale about a fearless band of retail investors cleverly putting one over on corrupt financial elites.”

Roose sees a pattern of “internet-based insurgencies” that characterizes a society dominated by social media. He describes the entire process: “One day, a group decides to take action against a system it feels is immoral or corrupt. Members identify structural weak points (a vulnerable political party, a risk-averse studio head, an overexposed short position) and figure out creative ways to exploit them, using social media for leverage and visibility. With enough highly motivated people pushing in the same direction, they eventually prevail, or get enough attention that it feels like they did.”

Some have been calling it a successful populist revolt, but others have hinted, like Roose, that it may simply feel like one, which is great for the media, until the feeling fades.

We should really be asking this question: Have we finally found the proof that Wall Street itself is Schrodinger’s cat? Are its share prices not simply fluctuating numbers on a hyperreal tracking system operated by that archetypal form of artificial (i.e., inhuman) intelligence we call “free markets?” Is Wall Street something that both exists and doesn’t exist at any given moment? In the real world of physics, for the past century quantum mechanics has posed a fundamental question about what we think we know and what we think we can measure. At the end of the day, it will always leave us guessing about what we can call real, though this doesn’t mean denying its palpable reality. We can’t call reality into question, but reality constantly calls our ways of thinking into question. Especially with regard to the economy.

The debate on what the great GameStop drama means will develop further as events continue to unfold. Investigations are already beginning, even as the market continues to play out its surreal game. There will undoubtedly be new regulations and a slew of new moral reflections about a wide range of topics: the practice of shorting (should it be abolished?), class struggle (was this the revolt of commoners against the financial oligarchs?), the tyranny of hedge funds, the role of social media, etc.

It has led many, who were already asking the question, to challenge others to answer an uncomfortable question: Does the stock market have anything at all to do with the real economy? But there’s another question that follows from that: Does what we refer to as “the real economy” have anything to do with actual human decision-making? In other words,what is the true nature of the hyperreality of which we are now all prisoners

In 2016, Donald Trump changed the face of the hyperreal political world that all previous US presidents not only belonged to but were required to reinforce by stoking the illusion. For decades, politics had become a system of representation modeled on a Hollywood movie set. Thanks to realistic seeming facades and good camera work, the illusion of something that appeared grounded in reality could take the place of reality itself in people’s minds. Against the realistic seeming backdrop, a largely scripted drama played out to captivate audiences across the globe.

Trump perversely invited the audience behind the facades of the sets, revealing the superficiality of the construct. In so doing, he revealed the solid reasons why none of his predecessors had dared to do so. It could prove fatal to one’s political career. Trump imagined that because he unveiled the truth about the sham of political “sincerity,” the now enlightened population would rally behind his even more preposterous version of hyperreality. That was a major error. The correct response to conventional hyperreality cannot be unconventional hyperreality. Trump drew attention to hyperreality itself, and that eventually undermined his capacity to make people believe in his own illusions. He did create belief, as the events at Capitol Hill demonstrated. But it existed only for a minority of fanatical believers.

In his previous life, Trump was a habitué of the world of professional wrestling, where everything is outrageously fake. Wrestling works precisely because the public wants it to be fake. Trump failed to understand that even if politics is also a form of media-promoted theatrics, it only works if the audience accepts to suspend its disbelief as the spectacle unfolds. Trump’s script didn’t live up to the requirements of successful hyperreality. It did, however, pull back the veil on the reigning hyperreality of politics, which will never be the same in a post-Trump world.