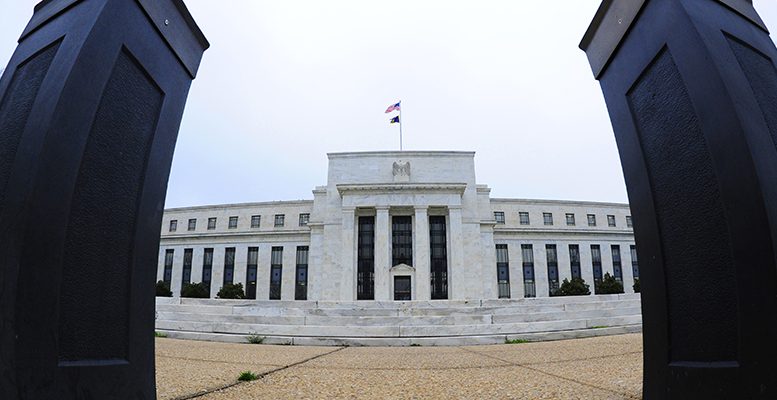 Janet Yellen intends to hold firm against market pressure as her press conference showed yesterday. The 0.25% rise in federal funds was downgraded to a modest move, wholly anticipated by investors, while hinting at a moderate path in rate hikes over the next couple of years. Dismissing the idea the Fed might place itself behind the curve, she emphasized that inflation still widely undershoots the target even if a strong labour performance points to full employment. Turning to the euphoria caused by Donald Trump’s pledge to embark on a large-scale fiscal stimulus, Yellen stressed it was too early to gauge its impact on the economy. Moreover, the substantial uncertainty about future developments prevented any significant shift in the current accommodative stance. While carefully avoiding any judgment on the President-elect’s platform, her remarks clearly indicate a deep disbelief in his policy mix. Such a sceptical view of the new Administration’s delivery signals there will be outright clashes ahead.

Future developments may warrant precautionary measures to ensure overall stability. Should stimuli turn into an inflationary threat, the Fed would swiftly react to preserve a sound environment. But Yellen’s key point is that the neutral rate remains largely subdued, offering little room for monetary expansion. So growth involves increasing overall capacity via policies targeted at boosting US productivity. Just the opposite of Donald Trump’s crude credo, based on fostering infrastructure investments and bullying big corporations to keep as many jobs as they can at home.

It’s obvious the Fed seems poised to resist pressures for as long as it can. The current bull market is betting on a robust boost. Yet unless productivity shortfalls are duly addressed, any recovery might prove short-lived. The Fed has good reasons to nurture substantial doubts on delivery. So don’t expect rate hikes beyond 0.5% next year.

Running a cautious policy seems the best option. Otherwise, the dollar’s strengthening might become a major problem. It would create bleak prospects for emerging countries. And competitiveness back home might suffer badly, triggering a protectionist backlash. As the worst case scenario could happen, the Fed is acting wisely in refraining from bowing to the current market sentiment. Any reckless jump might cause harmful disruption.