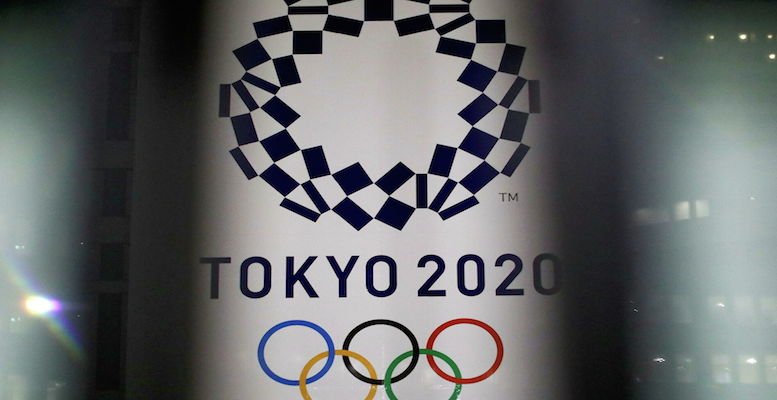 Simon Chadwick & Paul Widdop | Even before it begins, holding the Olympic Games in Tokyo has felt like an energy-sapping endurance event. Originally scheduled for last summer and postponed due to the pandemic, the decision to go ahead has been widely questioned.

As the action unfolds, Japan’s capital city will be under a state of emergency. The whole world will be watching a government seeking to manage the most prestigious sport mega-event against the backdrop of a global public-health crisis.

Officials will be anxious to ensure the Games do not become widely remembered as a superspreading event. At the same time, they will be desperate to salvage something from an event that was supposed to engage sport as a means to bring about economic, social and political change in Japan.

The decision to bid for hosting rights was made shortly after the Fukushima tsunami in 2011. An Olympic Games was seen as being a positive step in helping the country recover from the tragedy.

Around the same time, Japan’s government passed laws designed to promote national happiness and prosperity through sport. Seen from this vantage point, the Games have always been intended to leave the country more prosperous.

Nevertheless, when Shinzo Abe became prime minister in 2012, Japan’s hosting of the Olympics took on a different complexion. Abe saw it as a way to fundamentally change his country’s image and world standing, while also sustaining his time in office.

Japan, like many developed countries, faces public health issues, with 40% of its population considered physically inactive. At the same time, its athletes have often under-performed at previous Olympic Games.

In 2016 it sent 338 athletes to the Rio de Janeiro Games but secured only twelve gold medals. By comparison, Great Britain, which has roughly half the population of Japan, won 27 golds that year.

Abe believed that staging the Olympics could help address these issues. He also saw opportunities for the Games to address some of the country’s political and economic challenges. Over the last three decades, Japan’s former industrial pre-eminence has suffered following years of economic stagnation, which has been compounded by the rise of its neighbours and competitors.

While China has become a global economic powerhouse and South Korea a world leader in electronics, Japan has been left behind with a rather stale image as the home of manga, console games and sushi. In the 21st century, nation branding and soft power matter, and Japan hasn’t been winning any prizes recently.

In one ranking of soft power, Japan’s global standing has taken a hit amid international concerns about trust in government, gender inequality and cultural inaccessibility. Abe understood the soft power challenges that Japan has faced, resulting in him introducing, for example, his 2016 Sport for Tomorrow programme, aimed at providing 10 million children in 100 countries with opportunities to engage in sport. This has apparently been a success.

A podium of power

We have seen similar attempts being made by both Russia and Qatar, hosts of the 2018 and 2022 Fifa World Cups respectively. Evidence suggests that attitudes towards Russia improved, as its soft power was projected throughout the tournament. In Qatar, projects such as “Generation Amazing” (which establishes community football schemes across the world) have been designed to promote the country’s cultural and diplomatic influence overseas.

The staging of this Olympic Games was supposed to be Japan’s big opportunity to do the same. As such, the local organising committee compiled a large portfolio of sponsors and commercial partners (shown below), designed to showcase Japanese expertise, engage audiences worldwide and drive the country’s renewal by projecting an outward-looking, more modern Japan.

Then along came the pandemic. Almost a decade of planning began to unravel, with overseas spectators unable to visit and restrictions on attendance. The oxygen that was supposed to breathe new life into “Brand Japan” has rapidly been disappearing.

This is not what Abe initially had in mind, especially when he foresaw his post-Olympics re-election as prime minister. Anticipating a national feelgood factor and an economic bounce, he believed the Games would be key to securing a further term in office.

Here too, plans have gone awry. In August 2020, Abe had to step down from his position due to poor health. Later, one of his key appointments, Yoshiro Mori, was forced to quit as head of the Games’ organising committee, following statements he made about women “talking too much”.

Although he was replaced by Seiko Hashimoto, a female politician and former speed skater and track cyclist, the damage had already been done. The words of Mori, who was 84, laid bare the gender disparities, misogyny and age-based hierarchies that are too often seen to characterise Japanese society.

What started out for Japan as a grand vision and major soft power play, has turned into crisis management and damage limitation. The intention may have been for a new era of global influence and domestic prosperity. But as things stand, it looks like these Games will not turn out to be the victory parade the Japanese government had hoped for.