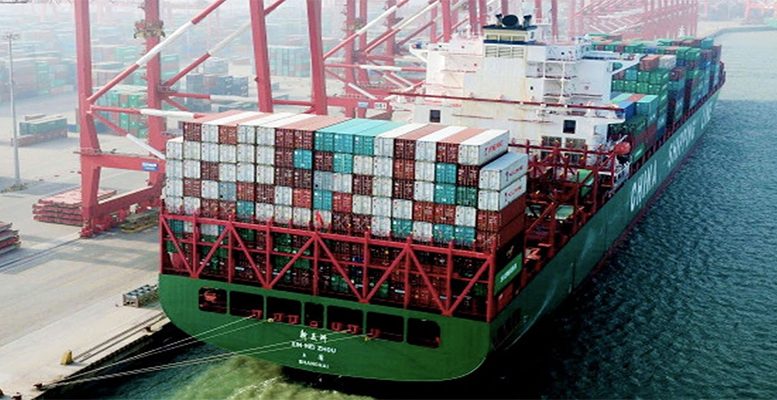 Yukon Huang via Caixin | Despite a litany of warnings from experts and some of his own advisors as evidenced in the resignation of his chief economic adviser, Gary Cohn, U.S. President Donald Trump is determined to pursue a series of counterproductive, protectionist measures. Tariffs levied in January on imported solar equipment and washing machines have now been followed by proposed tariffs on steel and aluminum imports. Many observers realize that China is the ultimate target of such measures and thus even more significant will be the actions taken based on Section 301 of the Trade Act of 1974 for alleged discriminatory investment practices and intellectual property rights violations. These penalties are likely to be China-specific, much more severe, and if implemented would seriously damage bilateral relations.

Yet both history and logic tell us that such protectionist measures make little sense. Widespread pushback from America’s allies such as Canada and the EU (as well as from Republican Party congressional leaders) on the steel tariffs is weakening America’s global standing. Such pressures will likely lead to exemptions for some countries like Canada and Australia. Contrary to Trump’s recent comment that “trade wars are good and easy to win,” it is widely understood that the steel tariffs will raise prices for consumers, reduce the competitiveness of firms that need steel to produce other products, and do nothing to reduce America’s huge trade deficits. Such actions reflect a fundamental misunderstanding of trade principles.

It is a mistake to assume that trade is a bilateral issue when it is multilateral, especially in an age when production networks dominate the global trading system. Products from one country will likely incorporate components from others. Moreover, it is logical that countries run deficits with some countries and surpluses with others. It is the overall trade balance that actually matters. Product-specific tariffs designed to curb a bilateral trade deficit with, say, China will not lead to an overall reduction in the U.S. trade deficit; it will merely shift it to another country. And interestingly, China’s overall trade surplus last year fell to a decade low of around 1.3 percent of gross domestic product.

It is a mistake to assume that tariffs and quotas will moderate America’s trade deficits when a country’s overall trade balance is determined by its savings and investment rates. America’s long-term decline in household savings rates coupled with huge federal budget deficits have made a trade deficit inevitable. That is why the U.S. has had a current account deficit for 40 straight years, in good times as well as bad, and decades before China even became a major export power.

It is a mistake to assume that the U.S. trade deficit with China is the major factor for the loss of jobs when the culprit is really productivity increases. Ironically, the tariffs on solar-products imports may lead to thousands of jobs lost in the U.S. installation business relative to protecting several hundred jobs in production. The same will happen in the case of steel tariffs.

It is a mistake to assume that America’s punitive tariffs will go unchallenged and that the question is whether one side or the other is in a stronger retaliatory position. History tells us that everyone loses in trade wars — mostly consumers.

If the logic against such actions is so clear, why is this administration so keen to act on protectionist sentiments that have been around for decades? It’s all about politics, of course. Traditionally, the Democratic Party has been more protectionist than the Republican Party. But past Democratic presidents were able to moderate the protectionist tendencies of their congressional representatives and work with Republican congressional leaders to promote free trade. This all changed with Trump’s election since he won based in part on populist anxieties about job losses associated with free trade. He is also building on a sense that the global system is somehow not fair and that China has been taking advantage of the situation. His actions have been made easier because the U.S. business community has become markedly more negative in recent years about their economic prospects in China. Moreover, the early-January announcement that America’s bilateral trade deficit with China hit an all-time high for 2017 made it inevitable that White House would now want to get tough with China.

If logic somehow overrode politics, then how should the White House address concerns that Beijing is not playing by the rules? The current WTO framework was established by the Western powers to create a rules-based framework that would apply to all members. Ironically, the U.S. took the lead in negotiating with China to join the WTO to ensure that it would operate within this framework.

This logic remains valid provided there is confidence that the WTO’s dispute resolution arrangements are working fairly and expeditiously. Generally, this has been the case, but there is room for improvement. China has been the target of a disproportionate number of WTO cases and it has honored such rulings. But WTO guidelines have not evolved rapidly enough in line with trade and investment trends, especially in intellectual property rights, e-commerce and cross border information flows. The response should be to address these issues rather than try to tear down the system.

Some of America’s specific foreign-investment-related concerns, however, cannot be dealt with effectively within the WTO system, especially if they involve concerns about discriminatory practices, security or concerns about transfers of vital technologies. For such issues, as recommended by the U.S.-China Business Council, the priority should be to move forward with the Bilateral Investment Treaty (BIT) that has been under negotiation for years. But the Trump administration has put the BIT on the back burner even though China has been keen to proceed. This is a mistake. Such a treaty would provide the rules-based means to address such issues without resorting to counterproductive, protectionist measures.