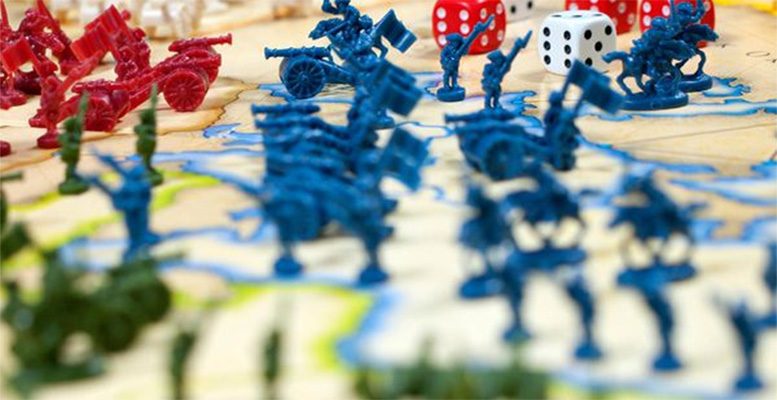 Geopolitical tensions have always been linked to economic variables, “but separating both in an era of Tweetstorms unconventional leadership, and low public trust has possibly never been more challenging”, says Tina M. Fordham, chief global political analyst at Citi.  Furthermore, the concurrence of heightened global political risks occurring simultaneously with a reduced capacity for markets to absorb them is concerning. Here are some of the questions that arise: Will geopolitical risks grow in their potential to impact markets following the withdrawal of Quantitative Easing (QE)? Or will a rising geopolitical risk temperature prompt an extension of QE? Certainly the previous decade of central bank liquidity has done much to act as a buffer preventing political risks from translating into volatility and from becoming systemic. Will this last? And has it blinded investors to anticipating how political risks can become relevant for markets and the global economy?

When is it time to worry?

Here Tina M. Fordham, focuses on the intersection between the U.S. political calendar and the top two geopolitical challenges for the Trump Administration: the future of the JCPOA with Iran, and the surprise agreement of bi-lateral U.S.-Democratic People’s Republic of Korea (DPRK) talks. She concludes with wild cards and a hypothesis about investor ambivalence.

The month of May will see at least two crucial signposts, with the JCPOA coming up for review May 12th, and talks between Washington and Pyongyang planned for late May.

We regard the future of the Iran deal as an acute crisis for the U.S. Administration, and the landmark bi-lateral talks between President Trump and North Korea’s Kim Jung-Un as a challenge but also bearing the glimmer of an opportunity to break the longstanding standoff over the DPRK’s ballistic missile program. The outcomes of negotiations over both geopolitical hotspots have the potential to move markets, as well as significantly impact relations between the U.S. and its allies in Europe, the Middle East, Japan and South Korea, and relations with Russia and China.

The deal to curtail Iran’s nuclear program, agreed during the Obama Administration, has long been criticized for failing to address wider concerns over Iran’s conduct in the region and the ability to monitor its nuclear program after the agreement concludes, although the UN watchdog the International Atomic Energy Agency (IAEA) has repeatedly declared Tehran to be complying with the conditions.

President Trump has — by his own account, reluctantly — extended the JCPOA agreement upon its periodic requirement to renew, pressuring European partners to pass more sanctions in the meantime. But political analysts at Citi do not expect Trump to sign the waiver extension on May 12th, a decision which would lead to a “SnapBack” of the statutory sanctions put in place by the U.S. Congress in 2012 and amended in 2013.

This would require other countries to “significantly reduce” imports of Iranian crude but there is not a legal definition for how much is “significant”, or a definition of what is “crude”. In addition, it is not clear of the 180 days from May 12th would be an initial review period or whether countries will have to reduce purchases in this time relative to the 180 days prior to May 12th.

Such a move might also mean Iran itself withdraws from the agreement, although we expect the regime to attempt to buy time and gauge options before making a dramatic move. A U.S. withdrawal would be a boost to hardliner critics of President Rouhani, elected on a platform of bringing the country out of the sanctions regime, and could prompt a resurgence of protests. As such, Iran may actually be making moves to attempt to de-escalate tensions — recently Iranian “fast boats” have stopped harassing U.S. ships in the Persian Gulf.

An end to the Iran deal could have a wide range of implications. Beyond a hit to Iran’s oil export volumes and revenues, the risk of military attacks on Iran’s nuclear facilities could begin to rise (though broadly, pursuing economic sanctions is an alternative to military action), and along with it, the potential for an oil price spike in parallel with the 1-3 months of aerial bombardment that such an operation would require.

A May extension if Iran waivers remains a binary affair, but even without an extension, there remains the 180-day period to consider, and then the volumes affected are in question — it would not likely be the ~1-m b/d of lost supply seen over 2012-2016 but more like the 250-350-k b/d, affecting mostly oil imported by Japan, South Korea, and perhaps one or two countries in Europe…and some of this could be reallocated by Iran to other trade partners. Meanwhile, Saudi Arabia, Russia, and a handful of OPEC countries have been holding off from the market since cutting their production from January 1, 2017 to support oil prices, and would be keen to return these barrels to market sooner.

Thus, the probabilities, potentially protracted time period, and the limited oil supply volume impact would combine to mean that oil price spikes ahead of Iran sanctions could remain muted.

Washington’s European partners, already dismayed by the perceived fraying of the Trans-Atlantic relationship, are also likely to take a dim view of the notion of further military conflict in the region, not least given the direct political consequences for Europe in the face of heightened refugee flows. A U.S. withdrawal from the Iran deal could also undermine U.S. credibility in striking future diplomatic agreements.

By contrast, Saudi Arabia, which regards Iran as its regional adversary, will likely applaud the move, as will Israel. Taking Iranian oil supplies off the market again would please Moscow, and in the view of Citi commodities strategists, be bullish for oil prices. The Iran deal is certainly far from comprehensive, but it has served to put a floor under Mideast political risks in the 3 years of its existence. Modifying it would be extremely difficult, with unanimity amongst all parties required.

The tools in the diplomat’s toolbox are few: diplomacy, sanctions and conflict. With Iran, diplomacy and sanctions have both been tried.

Amid the spike in tensions that followed North Korea’s six ballistic missile tests in 2017, investors have reacted positively to the prospect of direct bi-lateral talks between President Trump and North Korean leader Kim Jung Un. The new South Korean government sees itself as deserving the credit for creating the conditions for the meeting, while both Japan and China, in the words of former U.S. National Security Council Chief for Asia Victor Cha, are likely suffering “diplomatic whiplash” as a result of the sudden shift away from open debate in Washington about “bloody nose” military strikes on North Korean nuclear facilities.

To be sure, the threat of military force and sense of uncertainty over Washington’s intentions may also have increased North Korea’s willingness to risk meeting. But is this time really different?

Tina Fordham thinks that the short- to medium-term positive impact of resuming diplomacy will be to limit headline risks.

Whilst actively engaged in talks, a military attack will be off the table. In terms of the prospects for success, Trump’s highly personalized negotiating style and the US administration’s maximalist position, demanding North Korea’s commitment to total de-nuclearization, also bring considerable room for softening of the US stance and altering the previous dynamics.

Trump’s lack of adherence to any previous diplomatic path could open up the potential for a “big bang” deal that could provide the assurances of regime stability and recognition the Pyongyang craves in exchange for a commitment to slowing its nuclear weapons program (though uncomfortably similar to the structure of the unloved Iran deal in this respect). The talks would bring together two highly unconventional leaders in a construct not seen previously and one where both could stand to gain considerable prestige.

Although the potential for a breakthrough is non-negligible, Forham also think it is not higher than 10%.

We fear that the extremely short time frame to prepare for the talks — weeks compared to the seven years of groundwork laid by Henry Kissinger before Nixon’s famous visit to China — plus the shortage of regional and diplomatic expertise in the current Administration limit the prospects of success.

Engaging in talks that fail or that result in an agreement that North Korea eventually violates or attempts to alter (as has historically been the case) would leave the U.S. with very little option other than military force.

These high stakes are the primary explanation for why previous U.S. administrations have declined North Korea’s perennial request for a bi-lateral meeting. Without the preparation of a clear agenda, including an objective for the talks (as yet none has been set), the risk that Pyongyang merely buys itself more time and/or uses the opportunity to score domestic political points is high.

De-democratization appears to be gaining strength, while challenges to the global free trade system and “democratic peace” proliferate

Finally the political experts at Cit find it curious that financial markets, which expanded dramatically through the end of the Cold War and the military buildup that accompanied it, free trade and global norms following the fall of the Berlin Wall, have seemingly become comfortable with the erosion of independent institutions, curtailing of the press, rising inequality and declining respect for rule of law. These risk factors may also mean greater risk of state-to-state as well as asymmetric conflict. The contrast between the previous economic and market narrative espousing the benefits of new emerging market middle classes, transparency and accountability in government and the move from economic rights to political rights and civil liberties now seems desperately quaint and outmoded. Have investors learned to love autocracy and populism, so long as it is right-wing?Tina M. Fordham conlcudes:

Perhaps — at least as long as the current disconnect between the performance of the global economy and financial markets and the state of politics and socio-economic risks prevails. When that changes, it will be time to find a new narrative.