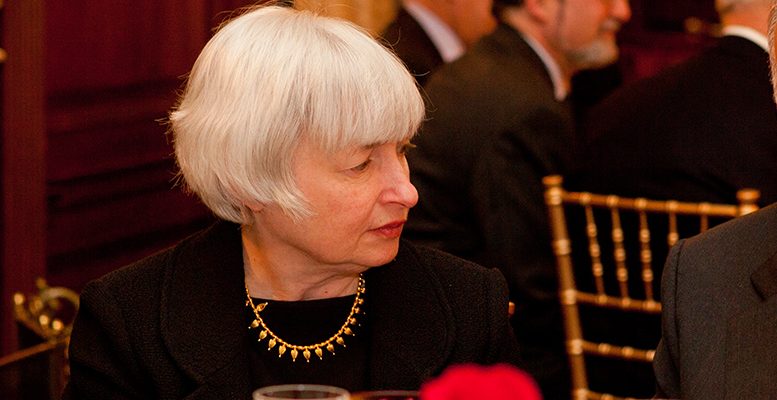 Many observers tend to view Ms Yellen as a lacklustre Federal Reserve Chair, lacking the authority for imposing her views on fellow colleagues. They consider her a dovish and timorous central banker, one all too eager to avoid making hard decisions. She might underscore her predecessors in talent and rhetorical skills. But she doesn’t trail behind as regards determination and willpower. Little did observers expect her energetic and upbeat account of economic prospects ahead. They discovered, much to their surprise, that underperforming inflation data was brushed aside as she shifted to forecasts tailored to match with the rate stiffening.

At first the markets paid limited attention to a hike which was widely anticipated. They also dismissed any potential side-effects when news broke that the Federal Reserve would start streamlining its balance this year. After all, the amounts involved seem negligible. But they became very concerned as she delivered an over-optimistic assessment of US economic prospects during her press conference, depicting a robust recovery, massive job creation plus vigorous investment spending and exports. The kind of statement which sends shivers down the spine of long-positioned investors.

They had hoped that dampened inflation figures would push her towards a restrained and cautious stance. Instead, she seems quite determined to put up the price of short-term credit, keeping to her agenda of policy normalisation regardless of isolated setbacks. She has made up her mind to subdue any over-expansionary upshot by preventively axing potential deviations. Successive rate hikes will continue to dent any excessive pressure before it builds up and becomes firmly entrenched.

At the end of the day, facts will prevail over predictions and sentiments. Should growth performance remain inconclusive, the Fed will feel unable to climb up many steps in its current drive for rate hikes. Should inflation fail to close the gap with its medium-term goal, the central bank might temporarily fall back to a wait-and-see position. But as long as the recovery goes on unabated, the price of money will continue to rise. Even  if Ms Yellen warns that future rates will fall far short of the levels seen in the past.