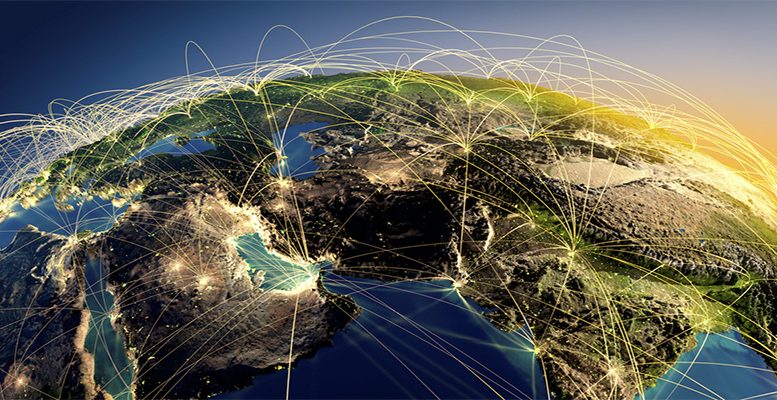 The first global emerging markets equity fund was launched in 1986 by Capital Group together with the International Finance Corporation (IFC), the World Bank ’s investment arm. It was a closed – end fund managing US $ 50m. As AXA IM reminds “back then, it did not encounter a great deal of enthusiasm , today it has assets under management of approximately US $ 5bn.”

From the out set, the term “emerging markets” was not conventional. Coined by World Bank economist Antoine van Agtmael at an investment conference in 1981, the expression was used to replace what used to be often referred to as “the third world” which was certainly not an investor – friendly catch – phrase.

In 1987, the IFC EM markets index was launched and then latterly acquired by S&P in 2000. MSCI followed suit , and launched its own benchmark in 1988 (inception point on 31 December 1987). A few years later, in 1992, Baring launched the BEMI EM index , which was subsequently bought by FTSE in 2001. In due course, however the MSCI measure became the standard benchmark for global EM funds – and on the last trading day of 2017, it celebrated 30 years since its inception.

From this point, the emerging markets universe has evolved significantly over time. AXA IM explains:

China, for example, entered the index in 1996 with a meagre 0.46% share but accounts for 31% today. Asia now makes up almost three-quarters of the benchmark. The asset class has evolved from essentially being a commodity play to now having a far wider remit, especially in the technology space which is now its biggest sector (at circa 27%), the largest weight in any major equity market globally.

A history of booms and busts

It has been all but an easy ride for emerging market investors as the past 30 year is littered with crises. Some were ignited domestically, for instance, the 1994 Mexican Tequila Crisis, the 1996 South African r and crisis and of course, the 1997 Asian crisis. There was also the 1998 Russian crisis and multiple incidents in Turkey. But many other problems were spurred on by external shocks such as the dotcom crash, the global financial crisis and subsequent European sovereign debt crisis. Since inception, the MSCI EM index has returned a staggering 2,422% in US dollar terms, around 11.4% compounded annually. Outperformance has been considerable as developed markets delivered 8% annually over the same time horizon. On a risk adjusted basis, returns still look attractive with EM volatility close to 23% versus 15% for DM. With US Treasuries as a risk – free asset, implied Sharpe ratios for EM and DM equities are 0.24 and 0.14 respectively. As one would expect, tail risk events tend to pose a greater threat to EMs, with the largest drawdown over the timeframe being 65%.  FX remains a key metric to gauge expected returns and differentiate between countries. The implicit foreign exchange loss has been 12.4% annualised over 30 years for a US dollar investor.

Relative economic momentum has been a key driver of emerging market equity outperformance. The recent rebound in profitability has been largely driven by a boost in profit margins. Emerging Market (EM) equities offer a strong relative value proposition to developed markets, especially in the context of renewed growth prospects, lower cost of capital, improving profitability and changing risk perceptions.

After thirty years, with the emerging markets at a historical high, having outperformed developed markets for the past two years. What should we expect going forward?

We would nevertheless argue these have all tended to improve with time, which eventually should allow investors to attach different valuation multiples to the asset class. Lastly, the timeline of relative perf ormance for EM versus DM equities has been fairly sticky with periods of outperformance and underperformance lasting for at least five years and up to almost a decade. After two years of outperformance, we may just be at the beginning of a new leg of EM outperformance.

Structurally, they remain positively biased to ward the asset class as it offers access to higher growth profile countries, benefitting from a natural increase in the size of the market and thus providing op portunities to take part in the EM growth story. The massive structural changes in the market over the past decades may argue that history is not necessarily the most relevant reference.

Going forward, analysts believe the asset class will stabilise further. We do not anticipate a repeat of the massive rises and falls experienced over the past three decades , but at the same time the growth profile should converge to developed markets. In the long term, EPS should grow slower than aggregate economic growth conside ring the dilution effect from stock issuance.

Therefore, unless valuation multiples keep expanding, AXA IM experts can expect stock market returns to lag GDP growth in the long term. Intuitively this makes sense as the bulk of GDP growth comes from the creation of new businesses rather than existing ones, and even more so in emerging markets.