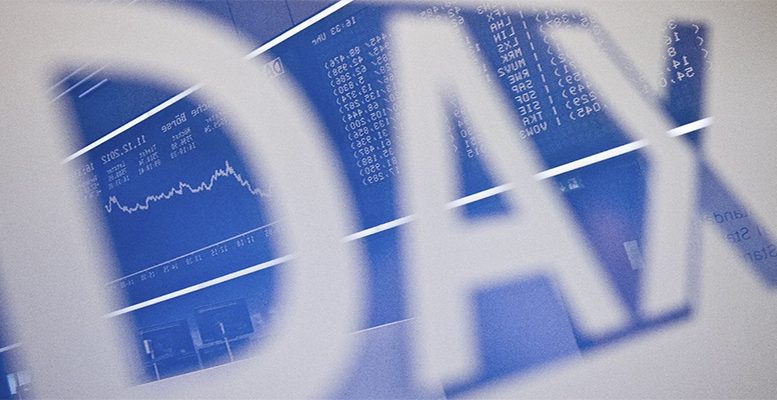 German equities have become even more appealing after the correction. Rising earnings could drive further gains. On January 23rd, Germany’s Dax jumped to a new record high. But after no more than eight trading days, the German benchmark index lost over 7%, wiping out all year-to-date gains. This was certainly grist to the many sceptics’ mill who had been warning to keep clear of stocks. Deutsche Bank AM’s reaction is diametrically opposed: now more than ever! Even after the Dax had climbed to 13,597, the house analysts’ optimistic view remained intact, although they started to see “a heightened risk of a temporary price correction.”

The risk has now turned into reality, hence we are feeling very comfortable with German stocks from a strategic as well as from a tactical view. After all, the bond-market sell-off, which is partly to blame for plummeting equity markets, looks unlikely to continue unabated. In addition, we regard this market correction to be mainly technically driven, since many market participants might have been caught off guard after this long phase of low volatility.

Those who are generally worried about the indices hovering around record highs may want to take the following into account: The first may be to take a look across the Atlantic and consider the optimism over there. The S&P 500 has been trading at record levels for much longer, each new high triggering gushing enthusiasm. The second may be to ignore the Dax and watch the Dax price index instead. Only the more familiar – and flattering – Dax, which is structured as a performance index, has been well ahead of its old record highs dating back from 2000 and 2007.

The Dax price index is fighting with old resistance levels. The S&P 500 has advanced much further

The Dax price index, which, similar to most other major equity indices (including the S&P 500) is not based on the assumption of reinvesting dividends, is, for the second time, struggling to overcome its old record highs from 2000 and 2015. Only a “like with like” comparison, i.e. comparing the Dax price index and the S&P 500, unveils the performance gap. Whereas the latter has doubled since 2000, the price Dax has hardly moved at all. Even after adjustment for the dollar weakness in this period, U.S. equities are clearly in the lead. Also compared with its own history, the price Dax is currently looking rather appealing. Although the index has remained on the same level, Dax corporations are earning three times as much as in 2000 and are paying out more than double in dividends.

That being said, the essential reason for Deutsche Bank AM’s preference of German equities is the healthy macroeconomic environment and state of German corporations.

On the one hand,  the German economy is currently blessed with both strong domestic and rising external demand. In fact, although China is generally labelled as the key region driving demand for German industry, the experts keep in mind that the European Union (EU) absorbs 60% of German exports, making the EU the most important export region for Germany. German corporations are, therefore, among the main beneficiaries of improving growth dynamics in Europe. After all, the Eurozone appears well placed to surpass the United States in terms of growth in gross domestic product (GDP) for the second year in a row. As explained by Deutsche Bank AM’s:

We expect the Eurozone GDP growth rate to have reached 2.3% in 2017, a significant rise over the 2016 rate of 1.7%. Growth might slow slightly in 2018 to 2.0%. But this is not really troubling since the growth rate would still be well above the potential of 1.0 to 1.2% originally forecast for the Eurozone. We also expect the German growth rate to modestly fall from 2.4% in 2017 to 2.1% in the current year. Sentiment indicators in Germany and in the Eurozone continue to stay on record highs, however.

The upswing in Europe is mainly driven by consumption. On top of that, Germany looks set to benefit from a further pick-up in investment activity, which is partly caused by high capacity utilization.

German investment activity might, however, be hampered if the President of the United States follows up his protectionist rhetoric with specific additional policy measures. These could adversely affect global trade. Other risk scenarios actually include a further acceleration of global trade driven by economic overheating in the United States.

We see this as a key (residual) risk to our base scenario. Should inflation expectations rise significantly in the wake of such an overheating in the United States, central banks might be forced to tighten monetary policy more than currently expected. In our view, this risk is higher in the United States than in Europe, although the consequences would probably spread across the globe.

Inflation in the Eurozone should remain rather modest. After 1.5% last year, we expect consumer price inflation to hit 1.4% in 2018. In the United States, our forecast is 1.8%, after 1.5% in 2017. Due to the U.S. tax reform and the potential for further protectionist measures, inflation might even rise faster. For the time being, equities continue to benefit from the historically accommodative monetary policy by major central banks.

We do not, however, expect the German government coalition in the making – (once more a “grand” coalition of the center-right Christian Union (CDU/CSU) and the Social Democrats (SPD)) to give any sustainable – positive or negative – economic impetus.

On a 2-year horizon, the Dax could even climb to 15,000 points. Stock prices will not only be supported by earnings growth, but also by record dividends expected to be paid out in the upcoming dividend season. On average, strategists expect a dividend yield of above 3%, which should further support German equities in the medium run.

Our preferences in the German market

The favorable economic environment already mentioned before as well as analysts’ optimistic earnings estimates are reflected in the majority of corporate outlooks.

“German managers sounded very confident during various investor conferences at the start of this year. Order books are filled with orders from all regions of the world. Here we are seeing the often quoted global synchronous recovery at play. It is particularly beneficial for the export-driven German equity indices,” states Tim Albrecht, Head of German, Austrian and Swiss Equities at Deutsche Asset Management, and he continues:

“And it is not only sales that we see growing; we also observe wider margins across many sectors.”

For example, basic-resource sectors such as steel and chemistry benefit from an ideal climate – a growing demand going hand in hand with partly dwindling supplies.

“Some sectors are real winners of the strategic turn in China’s economic approach. Against the backdrop of disastrous pollution in many Chinese regions, Beijing has shut down a number of extremely high-emission, obsolete factories. This should also increase the pricing power of German suppliers,” Albrecht adds.

Besides the classic export-oriented industrial sectors, Deutsche Bank AM also favors technology firms which should continue to benefit from structural growth, since IT investments are and will remain a top priority for every industrial sector and every corporation driven by the current wave of digitalization.

But they also like the financial sector which stands to benefit from the looming turn in interest rates. Particularly European banks, however, might also face stronger pressure from their U.S. counterparts which are going to enjoy some deregulation under the current U.S. government.

The German auto sector also presents a mixed picture. German auto makers are currently facing major challenges requiring heavy investment in research and development. Although auto companies have proved to be innovative and able to cope with structural changes in the past, Deutsche Bank’s AM slightly underweights this subsector and focus on selected auto suppliers.

With labor markets and consumer sentiment having improved in Germany and Europe for quite some time now, they are keeping a close eye on consumer-related cyclical names.

They also continue to see excellent earnings potential in German small- and mid-cap stocks.However,one needs to be selective in this area, as some of these stocks have lately been trading at a significant valuation premium compared to the Dax.

We do not expect the strong run of the MDax and TecDax, also vs. the Dax, to come to an end soon. These companies do not only stand to benefit from sound earnings and growth rates but also from the unabated interest of foreign strategic buyers. The sound state of small- and mid-caps is also reflected in the most recent equity corrections. Whereas small- and mid-caps as well as technology stocks are historically regarded as being more volatile and prone to a sell-off during corrections, all types of German stocks behaved in a very similar way during the most recent correction.

We continue to underweight defensive sectors such as non-cyclical consumer goods, utilities and real estate. They should particularly suffer from concerns about further rate hikes.

We are also skeptical of certain companies that start preparing themselves for a shopping spree abroad. In our view, a lot of money has been wasted on acquisitions, particularly in the United States. Unfortunately, we do not see visible progress being made on the learning curve yet.