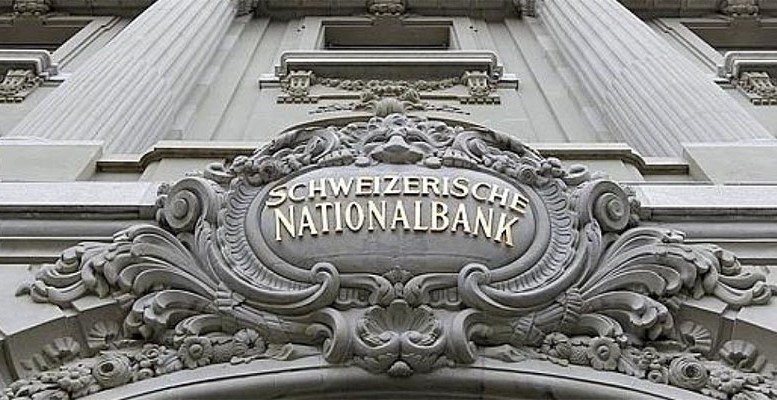 The yields of almost a third of the main European sovereign bonds are in negative territory. Japan has also signed up for negative rates in an attempt to stimulate investment and consumption, as well as put an end to that exaggerated aversion to risk which a global economy in slow motion has….while, of course, the  yen depreciates.

In the select club of central bankers it’s fashionable to play around with the idea of negative interest rates. Something which so radically contradicts financial logic that Keynes himself ruled it out as impossible. Not in vain did his “liquidity trap” theory rest on the cost of money being stable at below zero percent.

Until fairly recently, charging for lending money seemed a total extravagance. Now that this practice has become extended, it’s being taken seriously and is much respected. We can confirm that nearly 30% of the principal sovereign bonds now offer a negative yield, while over 60% offer yields below 1%.

A desire to manipulate

Sweden’s central bank became the standard bearer for this new trend, in order to avoid an excessive appreciation of its currency agains the euro. The Danish and Swiss central banks have also jumped on the bandwagon and, recently, the Japanese. Even Janet Yellen has openly confessed that its an option which is being studied. In the majority of cases, and despite all the denials, the strategy responds to a desire to manipulate the exchange rate. But this aspiration only works if not everyone wants to sign up for it. For example, the deterioration in the outlook for the eurozone and the likelihood of further rate cuts has been enough to fuel a sharp rise in the yen’s value after a short period of adjustment. Such incursions into the unknown also need to be permitted by those who are in charge. So it’s not going to be easy for Japan to ratchet up much further with impunity, faced with the risk of unleashing an all-out currency war in Asia.

In this light, this novelty really has no upside. But that doesn’t stop bets being made on the potential levels which could be reached in a scenario of deflation. A game which invariably leads to a massive sell-off of bank shares, always badly affected by these kind of rumours no matter how many messages of calm are transmitted. And it’s no wonder. Since the cheap money policy was implemented, the lenders’ profit margins have noticeably weakened. Today this is the only factor which can put the breaks on the temptation to continue along this route. Against a backdrop of weak growth, supervisors are well aware that any sharp contraction in the banks’ profit margins could once again deal a deathblow to their solvency.

So the most likely thing is that the exploration of interest rates in negative territory is confined to experiments.

Nevertheless, the current climate is pointing to a weaker situation which is depriving the monetary authorities of its last deterrent weapons. The markets’ volatility is a good reflection of this increasing impotence, opening the doors to solutions which are more and more unorthodox. So the idea of below zero interest rates becoming a kind of doctrine cannot be ruled out. In defense of such an extreme measure there is its contribution to destroying hoarding by penalising cash positions. That this then becomes a game of musical chairs where everyone is fighting to get rid of cash,  remains to be seen. And it’s even more hypothetical to think that this supposed aversion to hard cash is translated into higher levels of spending and credit in the real economy. If there is no confidence, you can’t expect a negative interest rate environment to fuel a turnaround.  At best, investment in financial assets will increase with the consequent sharp drop in yields.

The worst thing is the feeling of helplessness which is transmitted to the markets. Every time there is monetary policy meeting, there is speculation about a rate cut which destabilises the financial sector and increases volatility.  A breeding ground which further weakens the economic outlook, turning predictions into certainties as the central banks run out of alternative ammunition. This creates a needy situation which forces us to consider negative interest rates as our lifeline.

It would certainly be more efficient and much less onerous to turn to the central banks for concerted, dynamic action. That would be an attractive prospect if it were not for the diachrony besetting monetary policy since the Federal Reserve changed direction. No matter how responsible a joint response may appear, it seems as if it’s difficult for those who look after the money to act in unison. The different situation of their economies dampens any efforts to implement a policy of convergence. All the more so in a context where global demand is almost exclusively driven by monetary instruments. Such a solution would only prosper in an environment of globally coordinated stimulus plans.

The main risk to avoid in such an adverse environment is resisting the temptation to overcome domestic problems by transferring them to our neighbour via competitive devaluations. And this is not a completely unlikely hipothesis if some of the large countries break with their current discipline and signs up for such an adventure. Japan seems the firmest candidate although the Eurozone is not far behind. Not a very favourable outlook. It would further upset the financial markets without any tangible advantage, as the effects would be mitigated by identical moves carried out by the rest of their peers.

The risk of a banking crisis

No less worrying is the economic impact of a prolonged hibernation of interest rates. Interfering by assigning an adequate amount of resources would seriously distort investment and debt decisions, unless such an anomolous situation continues sine die. The inevitable upturn would uncover the excesses, bursting the bubbles created with the consequent collateral damages. At the very least, many of the decisions taken within such an unreal context would in the long term be worthless.

Basically, the root of the current confusion can be blamed on the sudden allure of dollar-denominated assets. An abrupt change in trend which has caused serious problems for the emerging markets. These were aggravated by China’s clumsy attempt to carry out a covert depreciation which ended up getting out of control.  The most sensible thing would be to reverse the trend and for the central banks of the main developed countries to strengthen these economies by buying their assets. Nothing would help to stabilise the situation more and, in passing, avoid a race towards a security which every hypothetical crisis would threaten.

As such an idea doesn’t seem plausible, given the heap of criticism it would spark, one could be worried that the negative interest rate trend becomes a last resort. Only the risk of a new banking crisis can stop this threat before it materialises. Because if the trigger is pulled and the gun goes off, it will be very difficult to bring order to such a risky proposition.