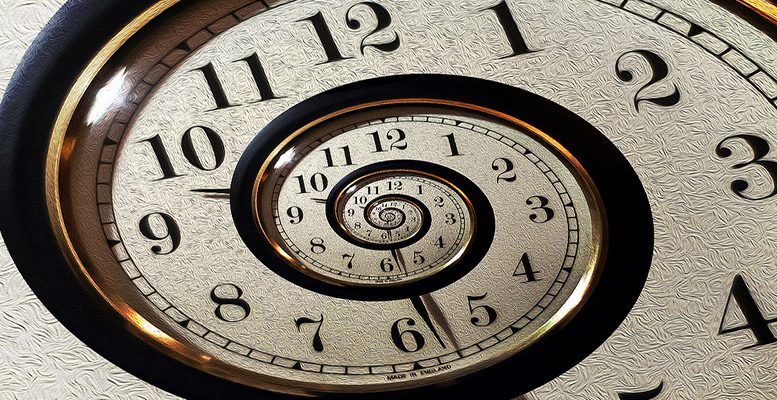 Interest across the globe on using negative rates as a policy tool has increased with global interest rates moving towards zero in the hopes of pulling economies quickly out of the current COVID-19 recession. A report by Citi GPS, analysts Matt King and Catherine L. Mann look at the positives of negative rates in terms of whether they boost credit growth, stimulate spending, or contribute to currency weakness. More importantly, they explore the potential side effects negative rates have had on corporates, households, banks, pensions, and markets:

There can be few ideas more abhorrent to the traditional fixed income investor than that of negative interest rates. The mere suggestion that investors might need to pay to lend someone money, rather than to be paid, strikes at the heart of everything we thought we knew about finance.But negative yields, far from being an anomaly, feel increasingly as though they are here to stay. The volume of negative yielding debt may have shrunk slightly from the record $15 trillion — or one-quarter of the investable fixed-rate universe — that it reached in the middle of 2019. But of the five major central banks — the Swedish Riksbank, Danmarks Nationalbank, the Swiss National Bank, the European Central Bank, and the Bank of Japan — which have experimented with negative policy rates, four of them seem intent on keeping them as part of an ‘unconventional’ monetary policy toolkit which is rapidly becoming conventional. Under new leadership, the Bank of England — where the policy is under “active review” — now seems increasingly likely to join their ranks. And even in jurisdictions like the U.S., where the Fed remains opposed — negative rates are no longer unthinkable.

So are negative rates a perfectly natural way for central banks to try to fulfil their inflation mandates, which we should expect to become ever more common as deflationary pressures persist, and as the shift to electronic payments, further encouraged by COVID-19, makes physical hoarding of cash easier to outlaw? Or are they instead a blind alley which in practice have so many counterproductive side effects that other central banks, like the Riksbank, will ultimately choose to abandon them?

We suspect the truth lies somewhere in between. We first outline the theoretical positives in terms of the boost to credit growth and asset prices and constraints on currency appreciation, and examine the evidence these are actually occurring. We then look at the many potential and practical side effects: on corporates, on households, on banks, on insurers, on pensions, and on equity and bond markets. With both the European Central Bank (ECB) and the U.S. Federal Reserve (Fed) undertaking far-reaching reviews of their monetary policy, and U.S. Treasury yields coming ever closer to zero in the wake of the coronavirus, the issues have never been more timely.

Our conclusion is generally a cautionary one — albeit not just about negative rates. While there is some evidence that negative rates may be less potent than quantitative easing (QE), unconventional monetary policies as a whole do often seem to have supported credit growth, and have definitely been pushing up asset prices and suppressing risk premia. But these financial market effects have not transmitted to inflation, nor in general to the pace of real economic activity — at least not in a magnitude commensurate with the monetary policy effort.

This brings us to the broader question. Are ever higher asset prices and more credit needed right now, as central banks maintain, in order to combat a potentially ‘deflationary mindset’? Or at some point does the inflation of asset price bubbles, and the inevitable turbulence when they burst, simply fuel inequality and populism, and add to the potential for economic disruption (both real and financial) in the future? Where do the real limits on extreme monetary policy lie?

The narrative from central banks prior to the GFC assumed that the failure of monetary policy to generate inflation was somehow a failure of the financial sector — a narrow technical constraint which properly implemented policy ought to be able to overcome. Perhaps undercapitalized banks are unable to lend, or perhaps negative rates are crimping banks’ margins and restricting the supply of credit. If only the right repair could be found for the financial sector — by working out the exact level of the reversal rate, or the right amount of ‘tiering’, or the right balance between negative interest rates, QE, and perhaps yield curve control so as to bring down long-term interest rates as well as short-term ones — then monetary policy, as transmitted through the financial sector, should become effective again in achieving mandates for real economy performance.

Moreover, this is not something which can be fixed by pushing harder still; rather, it is an intrinsic feature of the process itself. Relying on credit to stimulate demand requires bringing spending forward from tomorrow to today. But as Mervyn King has noted, as “tomorrow becomes today, an even larger stimulus is required to bring forward more spending from the future.” The more you borrow, the greater the ‘headwind’ that existing debt represents — no matter how low the interest rate, or how broadly transmitted. Said differently by Bill Dudley, central banks have to walk the line between avoiding fire sales while not promoting moral hazard. But if there is a financial crisis every ten years, with a central bank bailout, the balance shifts: “It’s one thing if you have a financial crisis every 50, 100 years. If you start to have a financial crisis every 10 years, then the Fed’s actions are going to encourage people to take more risk in the future.”

This is not to say that there is no role for monetary policy at all, nor that rates should simply be raised, nor even that large amounts of debt will necessarily need to be restructured (though spiraling post-C OVID-19 debt loads have inevitably aggravated the latter concern). We argue that both negative rates and QE have an important part to play in a central banks’ arsenal when it comes to combatting panic in markets, credit contraction, and acute deflationary pressures in both asset prices and the real economy. But that assumes they are applied when financial conditions are already tight — not, as now, when they are neutral to easy.

Put differently, the case for rate cuts, swap lines, QE, and even corporate backstopsfelt very strong in March of 2020, when rates markets were in turmoil, real yields were spiking, and risk assets were at risk of a self-reinforcing ouflow-driven sell-off. But what, realistically, can such policies hope to achieve today, with U.S. dollar investment grade bond yields having just reached new all-time lows (Figure 2), those in other currencies within a whisker of them, and some equity indices reaching new highs? Rather than unconventional monetary policy causing the financial sector to spur on the real economy as intended, there is an ever broader consensus that it is simply becoming detached from it.

We therefore try to find a way out. As we see it, the real problem is not the monetary policy instruments themselves, but rather the manner of their application. Doubling down on the policies when a real-world shock like the coronavirus hits exposes the impotence of monetary policy alone, the dilemma between fire sales and moral hazard, all while the leverage noose tightens and the window to normalization closes. A narrow way out is to take an holistic approach to consumer price inflation and asset price inflation, and ‘lean against the wind’ by providing support when conditions are tight but also more symmetrically removing it when conditions are easy, and you may yet buy sufficient time for the world to execute a relatively smooth deleveraging.

Like many a great idea, it is the elevation of negative interest rates beyond being a temporary backstop into being a mainstream permanent instrument of policy which risks seeing the side effects cumulate to the point where they are counterproductive. In theory if you multiply together enough negatives you eventually come out with a large positive. But in the real world when you start seeing negatives piling up, there comes a point where you start to wonder whether perhaps you’ve been subtracting.