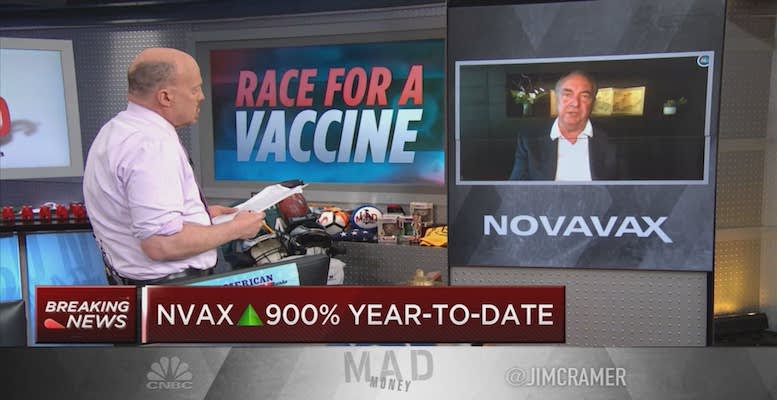 Novavax had an injection of $1.6 Bn from the US government to continue researching a vaccine against Covid-19

Pablo Pardo (Washington) | In March, Maryland-based pharmaceutical company Novavax was trading at 36 dollar cents (32 euro cents). It was a “penny stock”. A company like the ones sold by the grifter Jordan Belfort to his poor clients in the movie “The Wolf of Wall Street”, starring Leonardo di Caprio and directed by Martin Scorsese. On July 8th, Novavax closed at $104.56 (92.76 euros). Later they will say that the coronavirus is bad for the economy.

The Novavax story is not an isolated case. The company has had, at least, an injection of 1.6 billion dollars (1.42 billion euros) from the US government to continue researching a vaccine against Covid-19. It already has one that is in Phase 3 of trials. So the product is being tested on hundreds of patients in different geographical areas, who are subjected to different treatments.

On the 7th, Novavax was trading at $79 at the opening. By market close, it had risen 32% to $104 due to the announcement of the grant. In just one month, the Boston RA Capital fund has seen a revaluation of 120% thanks to its investment in the company, according to the Wall Street Journal. RA Capital maintains its investment because, they say, the coronavirus is here to stay. And even if a vaccine is found, it must be applied regularly like, for example, the flu vaccine.

There are many more companies having similar experiences to Novavax. Moderna is one these, the biotechnology company looking for its own vaccine. It has become a constant presence in the Spanish media because one of its executives is the Spaniard Juan Andrés, the firm’s technical and quality director. The company has seen its share price triple since the arrival of the coronavirus in the West in March. In its 9 years of existence, Moderna has not registered a single patent, nor even managed to get its researchers to publish an article in any scientific journal. Even so, it is worth 10% more on the stock market than BBVA.

So far, Moderna has not found a vaccine, although it has one that is also in Phase 3. But its research has already generated a group of beneficiaries: its managers. They have sold close to $100 million of company shares since the start of Covid-19. Just 48 hours after Moderna’s announcement that it was making progress in the investigation, four top managers sold shares worth $29 million (25,7 million euros). As the medical journal ‘Stat’ has commented, these operations call into question the viability of Moderna’s research. This is because “if Moderna’s ongoing vaccine can prevent the coronavirus, and therefore the company has a brilliant future, why are the insiders selling?”

To date, much has been written about what the economy emerging from this crisis will look like. But these exercises are, at best, risky. No one knows, even approximately, what an unprecedented situation will bring.

There is, for example, the much-trumpeted transformation of supply chains. This is something that was initially taken for granted, as companies decided to bring their production lines closer to their end markets to avoid the danger of further disruptions like this one. But, as the months go by, no company, and no government, is talking about bringing factories from Asia to developed countries. The reason is that this is still too expensive.

There are other examples that do not affect the business world, but the sectors most affected by the crisis. The clearest case is that of unemployment. Normally, an unemployed person in the US receives 45% of his or her salary as unemployment benefit. There is not any law establishing this, but that is the average, according to data from the US Department of Labour. But now, with the coronavirus, the unemployed receive an extra $600 a month (532 euros). To this amount, we need to add the cheque for $1.200 (1.065 euros). sent by the federal government to most citizens with medium and low incomes.

This means that many of them are earning more on the dole than when they were working. It is almost as strange as the fact that Wall Street is at record levels even though the economy is sinking into its biggest crisis since the Great Depression. But that’s the reality, and, moreover, for quite some time. The extra $600 is due to run out on the 31 July, but it is likely it will be maintained at least until end-year, along with another cheque. However, this time the conditions for receiving both payments may be stricter than they have been so far.

What will happen to the price of the pharmaceutical companies on the day when a vaccine against the coronavirus arrives? And what will happen to the excess income arising from the help to the unemployed? These are things that nobody is paying attention to, but they could affect the markets and economies a great deal, in one-two years’ time.