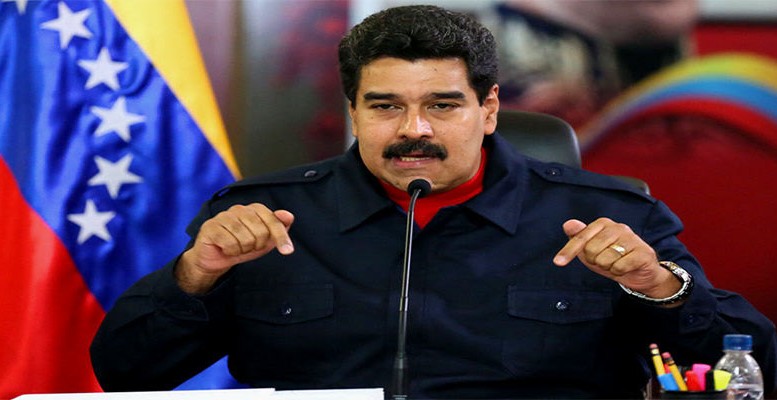 BARCLAYS | When President Maduro announced the members of his new cabinet on January 6, he seemed to signal his intention to maintain a hard-line stance; there was no suggestion of any willingness to make the adjustments to correct the large distortions and imbalances hampering Venezuela’s economy.

Luis Salas, the new Vice President of Economic Affairs, has supported controls rather than making adjustments.The cabinet is very diverse, and differences within the economic team, in particular, could make coordination of economic policy difficult. Moreover, we think that President Maduro may be underestimating the magnitude of the economic crisis, as indicated by his apparent lack of a sense of urgency in tackling it. In a situation in which fiscal austerity is, in our view, needed, we note that the president has increased the number of ministries, reaching a total of 43. On the political front, the appointment of experienced politician Aristobulo Isturiz as vice president could be a relatively positive sign. We think that Isturiz has strongest capabilities inside the government to build relationships and open communication channels with the opposition and the private sector. Retaining Minister of Defense Vladimir Padrino Lopez, who recently signaled a more institutional position for the armed forces, could also be considered relatively positive.

Luis Salas, as mentioned in Venezuela: No signals of moderation or adjustment, January 6, 2016, is a hardliner inside the government. He has no previous government experience and is an ideologist who had been teaching at the Bolivarian University of Venezuela. He has been a promoter of the idea that the country is in an “economic war” and, therefore, has defended the implementation of tighter government controls. He has also supported the monetization of the deficit, as he believes this is not the cause of inflation.

Salas has written on the Aporrea.org website that “inflation is not a distortion of markets. It is an operation of transferring social income and wealth from some sectors of the population to others by way of higher prices. In essence, this transfer occurs from employees to employers, but also from a fraction of the business to another fraction.” In his book The Myth of the Little Machine, he questions the idea of money supply growth as the cause of price increases. In his view, this is part of the “economic war.” He argues “…capitalists in Venezuela have been appropriating by way of speculation in the field of consumption what they cannot take at all in the labor field, given the legal barriers that they face to do it, barriers that, as everyone else in this country knows, were not only recovered, but taken to a higher level in the last 15 years.” In his view “the ultimate goal of the economic war waged by the parasitic bourgeoisie is the consolidation of the social conditions of reproduction and exploitation of concentrated and transnational companies, gangsters and speculation groups over the society, which passes through the defeat of the government but also by the crushing of any popular and citizens’ initiative that opposes them.1”

Contrary to Salas’s radical views, the rest of the economic team seems more moderate. Rodolfo Medina, the new Minister of Finance, is a technocrat who has been working in the budgeting office. He has been a professor of statistics and econometrics at Universidad Central de Venezuela and is generally known to be more of an operations man than an ideologist. Miguel Perez Abad is the new Minister of Industry. He is a businessman who has been the president of the business chamber, Fedeindustria. Jesus Farias, the new Minister of Commerce, was a lawmaker in the National Assembly and, as we mentioned in Venezuela: No signals of moderation or adjustment, January 6, 2016, has been proposing a reform of the FX system, as well as tax reform, an increase in gasoline prices and the electricity tariff, and a revision of the indebtedness. The question is whether these three ministers can offset the influence of Luis Salas, who will head the economic team. We believe Salas’s power and capacity to affect the economy could be diminished by the fact that he is receiving a new ministry without a structure and will need to build his team. Nonetheless, we think these differences, rather than improving the government’s capacity to face the crisis, increase the difficulty of coordinating a coherent economic plan.

So far, the government has not taken and seems unlikely to implement any meaningful measures to correct the large distortions in the economy. Before appointing the new cabinet, President Maduro approved a series of laws by decree, including a new law for the central bank, a reform of income tax law, and a new financial transaction tax. On our estimates, the income tax reform, which raised the corporate rate to 40% from 34%, could bring in the equivalent of 0.5% of GDP, at most. Meanwhile, the financial transaction tax could bring in around 1.5% of GDP. In aggregate, 2.0% means very little for a country with a fiscal deficit of about 25% of GDP. We think the only measures that could reduce this deficit significantly would be a sharp currency devaluation, a hike in gasoline prices/electricity tariffs, and/or spending cuts. So far, the new head of the economic team has supported none of these measures.

In the absence of such measures, the government will need to keep monetizing the deficit. The ability to do so is basically what it tried to secure with the reform of central bank law. The decree approved by Maduro eliminates the ability of the National Assembly to veto the president of BCV and to designate its directors. The reform also authorizes the Central Bank to suspend the publication of data at the request of the executive and states that the members of the National Assembly will require the authorization of the president of the BCV to have access to what it considers “secret or confidential information and documents.” We think that an extension of this lax monetary policy will continue to feed the inflation spiral. We had been expecting the government to make at least a small linear devaluation of the currency, which would not solve the distortions but could at least provide some fiscal room.

Without even that, the fiscal deficit could reach 30% of GDP, and in the absence of financing, most of it would have to be monetized.

After the recent decline in the oil price and in the absence of structural changes, we remain of the view that the likelihood that Venezuela can avoid default is diminishing (See Venezuela: Default becoming hard to avoid, December 17, 2015). The recent jump in international reserves increases the probability of the payment of the bond maturing in February 2016. The government will need to keep using its assets to finance the gap in its cash flow, which could be close to USD27bn in 2016. We estimate that the lowest level the stock of assets can reach is about USD18bn, which, without a stronger recovery in oil prices than suggested by the oil futures curve, would be reached in Q3 2016.