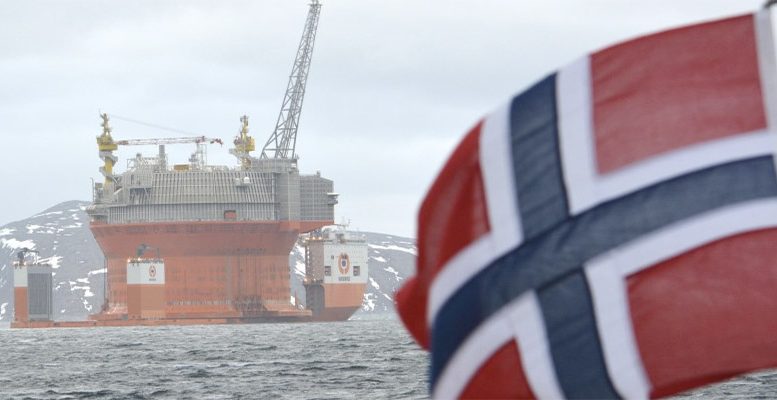 Intermoney | The current Covid 19 crisis, coupled with the pressure on the oil business, will lead the Norwegian sovereign wealth fund to sell assets worth 41 billion US dollars in a search for liquidity, according to Bloomberg. It is estimated that this could be an even bigger disposal than that made during the Great Depression.

The Norwegian Global Pension Fund, the world’s largest sovereign wealth fund with assets of around $1 trillion, will be subject to a withdrawal of funds by the Norwegian government which could amount to $41 billion. This figure is taken from the Nordic country’s revised 2020 budget and exceeds the $37 billion initially speculated.

This amount would mean exceeding the legally established limit on the fund’s reimbursements, which is 3% of its assets. The $41 billion would amount to 4.2% of the above-mentioned assets and would be far from the 2.6% initially budgeted. In practice, in crisis situations, the legal limit of reimbursements is allowed to be exceeded. This was the case in the 2008/2009 crisis when 4.1% was withdrawn in one year (although at that time the legal limit was 4%).

However, the issue is not the previous legal limits existing in Norway, but the shift this step may imply with respect to the management of sovereign wealth funds. The Norwegians’ use of their investment vehicle, unlike in previous years, would surpass the amount of their expected cash flows and would force them to undo their positions. Just two months ago, at the height of the market crisis, the big message for the sovereign wealth funds was that they would not resort to redemptions involving asset disposals. Rather they would opt to cover government deficits with debt issues.

However, the move by the Norwegians means that withdrawals will exceed their sovereign wealth fund’s cash flows in the form of interest and dividend payments, forcing them to reduce assets by at least $13bn.

In principle, the large Norwegian fund should focus the adjustment on its bond positions, as the weighting of equities in its portfolio would be below the 70% target level. The main adjustment path would be the non reinvestment of debt portfolio maturities, which would make the movement less traumatic from a market perspective. This is an important aspect, but not as important as main issue here: the call on assets of large sovereign wealth funds was not an option at the end of Q1’20, when they were accumulating heavy losses. But this has changed now that some assets can be unwound at interesting prices. An example here would be that the return on the Norwegian fund was -14.6% in Q1’20.

So, unfortunately, sovereign wealth funds’ movements may once again cause a buzz in the markets, especially those linked to oil producers. For example, the Kuwait and Abu Dhabi sovereign wealth funds, the third and fourth in the world respectively, would have a combined nearly $1 trillion worth of assets.