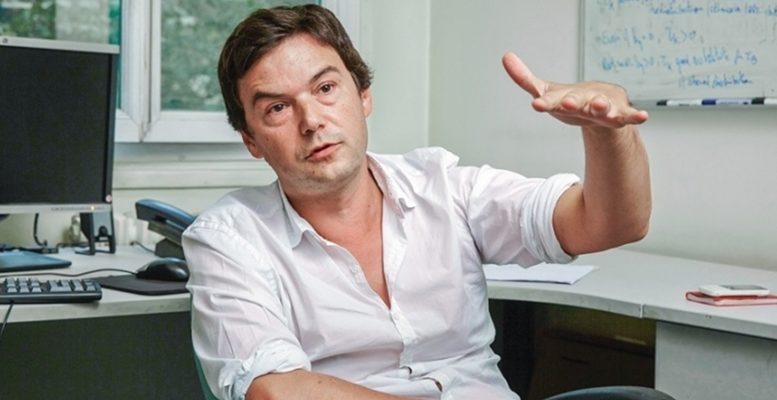 Ana Fuentes | The inequality trap lies in the fact that, thanks to globalization and the market economy, inequality between countries has been reduced in recent decades, but nevertheless it has increased internally in most of them. For Thomas Piketty, one of the most respected economists by the European left, the first thing is to recognize that inequality is not economic or technological, but essentially political. There is much talk of meritocracy and equal opportunities, but the gap does not stop growing and comes from public policies. And he sets his own country as an example.

“You can see the gap between the official discourse about equal opportunities, meritocracy and blabla and the reality is very different. If you look at educational spending including in a country like France, where it’s supposed to be a public system, in fact it’s also extremely unequal. If you look at the top one percent of the people who go to the Grandes Écoles, the most favored higher education track, they get between 200.000 and 300.000 euros in total public educational investment from primary to higher education. Whereas the people at the bottom who exit school at age 17 they get 60.000 euros. And people at the middle are those who go to basic universities tracks that are not very well-financed in France. The level of hypocrisy… We are reinforcing social inequality with public money”.

Piketty presented his latest book, Capital and Ideology, at the Ramón Areces Foundation in Madrid in front of a group of Spanish economists. In its “participatory socialism system”, to avoid hyperconcentration of power, it must circulate. Since half of the population has no assets, it proposes to reverse the situation by applying a 90% tax to billionaires. With this collection he would finance an inheritance for all of 120,000 euros at 25 years. The goal is to return to the levels of concentration of wealth of the 60s, 70s or 80s in the United States and in Europe.

Criticisms of a 90% tax on the big fortunes come from the fact that today it is illegal in most countries, and it could cause a strong capital outflow and an investment slump. Since much of the wealth of the great fortunes is liquid, the lien would lead to the sale of real estate, works of art, etc., which would have an impact on the markets.

In 2015, Piketty joined a committee of international experts who advised far left party Podemos to develop a “guaranteed income plan.” Today he is in favor of that inheritance, not so much of the universal basic income.

“Universal Basic Income is part of ideal, just societies. But I think it is not a magic bullet. It is useful to have a minimum income scheme which already exists in a way. Many European countries like in France it would be like 500 euros per month so you could want to increase it to 800 hundred or whatever. You could make it more automatic because to get it is sometimes complicated. You also want to make sure that people can keep part of it when they have a job and but I am not convinced that it would be a good idea to give it to every adult independently of the labor market. That would not be very useful. I think that the target should be the people that have a job with a monthly wage and then you can put the income supplement as the UBI directly into your wage. Because having an UBI in some cases is a way to complete forget about labor law, labor market status and other social rights. I am very concerned about this. The system of participatory socialism I describe is based in universal access not only to basic income but to fundamental goods including access to education, to health. In particular access to education is extremely unequal”.

The French economist recognizes that there is no way to have the absolute truth about what would be a fair taxation, or a theory of fair property. He says yes to private property, as long as it is “reasonable.” What is reasonable? Like everyone, he acknowledges, he is conditioned by his framework.