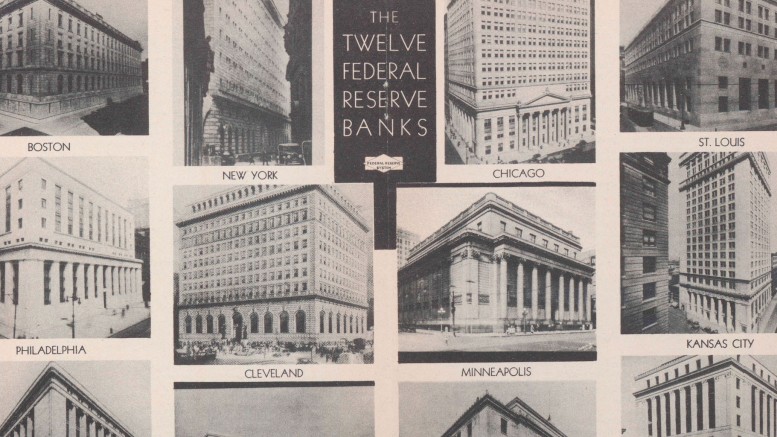 President Donald J. Trump takes on the Federal Reserve (Fed), saying that Fed chairman Jerome H. Powell is threatening US economic growth by further raising interest rates. Mainstream economists, the financial press and even some politicians react with indignation: the president’s comments undermine the Fed’s political independence, potentially endangering the confidence in the US dollar. For analysts at Degussa, such a public reaction is, at first glance, “understandable” as mainstream economists have declared the political independence of the central bank a “golden calf” issue.

If the economy stumbles, or if the Fed pursues unpopular measures, it runs the risk that Congress or the president may revise the Federal Reserve At of 1913, stripping it of its power. In fact, the Fed’s monetary policy cannot deviate too much from the Congress’ and the president’s political agenda.

Granted: In good times, the Fed is more or less protected from the demands of political parties. But what about the influence from ‘special interest groups’ such as the banking industry on Fed policymaking?

There should hardly be any doubt that the Fed caters, first and foremost, to the needs of commercial and investment banks. As the monopoly producer of the US dollar, it creates – in close cooperation with the banking community – new Greenbacks mostly via credit expansion out of thin air. In this sense, the Fed and private banks represents a cartel.

This cartel produces inflation, leading to increases not only of consumer prices but also of the prices of assets such as stocks, housing and real estate. This, in turn, debases the purchasing power of the US dollar and benefits some at the expense of many. The Fed-banker cartel, which keeps issuing ever more quantities of US dollar, also causes economic disturbances, speculative bubbles, and boom-and-bust cycles; and it tempts consumers, firms, and the government to run into ever more debt.

It might be frightening to hear, but the Fed does not know where the “right” interest rate level is. In terms of interest rate policy, it purses a ‘trial and error’ approach. As history shows all too well, the Fed lowers interest rates sharply in times of financial and economic crisis. If incoming data suggests that the economy is returning to growth, the Fed starts raising the interest rate and keeps raising it until the interest rate becomes ‘too high’, turning the boom into yet another bust. It would not be surprising if the Fed’s current interest hiking cycle were going to trigger yet another debacle.

Viewed from this perspective, president Trump certainly has a point in criticising the Fed’s latest series of interest rate increases. However, forcing the Fed to keep interest rates at artificially lowered levels for longer does not solve the real problem. It would only lead to more distortions in the financial and economic system, foreseeably increasing the costs of the inevitable crisis even further. In other words: The truth is that Fed policy is not the solution to the problem, it is the most significant part of the problem. If shutting down the Fed right away is not an option, one path that is open to the president is to end the Fed’s money monopoly.

According to Degussa, this could be done by, first and foremost, ending all taxes and regulatory requirements standing in the way of using means of exchange such as precious metals, gold and silver in particular, and cyber currencies for monetary purposes.

In fact, it would open up a free market in money. People would be getting a greater choice and thus could easily diversify away from the US dollar if they wished without incurring undue costs. The Fed-banker cartel’s scope of manoeuvring would be significantly reduced because they could no longer keep inflating the credit and money supply as before.

For if they do, the US dollar will depreciate against alternative monies for all eyes to see, making the Greenback less competitive, potentially driving the US dollar out of the market altogether. In the early stage of a free market in money, people would presumably divert part of their US dollar savings and time deposits into gold and silver as a store of value. Later, businesses that provide not only storage and safekeeping services but also offer payment and settlement services would emerge, finally opening up the possibility to make daily payments with ‘digitised’ gold and silver money.

If the US administration truly wishes to “To Make America Great Again”, there is no way around addressing the US dollar fiat currency problem at some point. The president’s latest criticism of the Fed’s interest rate policy no doubt points in the right direction. To underpin his criticism with the unquestionably right reasons, it should be accompanied by manifest efforts to set up a free market in money. Fortunately, a good number of US states has already been moving in this direction. President Trump would arguably have the best reasons to follow up – and push for a free market in money on a federal level.