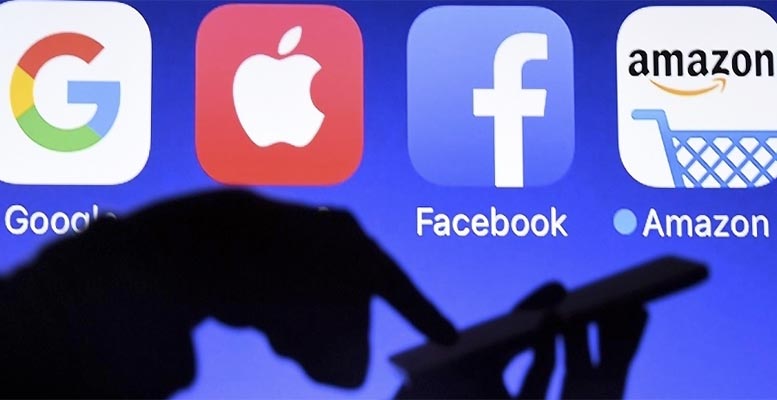 Profits for the largest technology companies have grown consistently and rapidly

Aberdeen Standard Investments | 2020 was another year of stunning technology sector outperformance, with the NY FANG Index up more than 100% for the period. The technology sector is now 22% of the broader MSCI World Index. Several of the largest firms have shot through US$1 trillion in market capitalisation. Apple is now worth over US$2 trillion.

Concerns have grown about the dominance of mega-tech companies – both within their own sector and across the global economic and political spectrum. These companies have become lightning rods for complaints ranging from ‘old economy’ job losses and monopolistic behaviour to their role in facilitating divisive speech, and election interference. Small wonder they now face a surging wave of regulatory scrutiny.

Politicians and regulators have spent years bemoaning the dominance and behaviour of technology companies. Yet, legislative and regulatory actions have hardly made a dent. However, in recent months, regulators have ramped up their efforts, grabbing headlines in the US and Europe.

US Congress recently released the findings of a 16-month investigation into Google, Facebook, Amazon and Apple, questioning whether they had broken competition laws. The report was scathing, setting in motion a flurry of lawsuits against these companies. Some of these cases are spearheaded by the Federal regulatory agencies while others are being raised (or supported) by many of the States.

In Europe, taxation of technology company profits is a long-standing bone of contention, and negotiations continue. Additionally, the European Commission has finally announced the Digital Services Act and Digital Markets Act. Both Acts aim to protect smaller companies from the anti-competitive practices of technology giants, as well as providing more robust enforcement tools. The ambition of the regulators is to support smaller technology firms so they can ‘level-up’. In this way, they seek to promote technological competition and innovation, thereby ensuring greater choice and lower prices for customers.

We’ve recently spoken with experts in the US and Europe about the potential effect of legislative and regulatory actions against large technology firms. We’re left with the view that such actions will have minimal impact on the behaviour and profitability of these firms for several years at least. In contrast to the “move fast and break things” ethos of technology founders in Silicon Valley, politicians and regulators tend to be highly constrained. Indeed, they are only able to effect change over years if there is widespread agreement and enthusiasm for such change.

In the US, the most significant hindrance to faster change is the lack of modern anti-trust legislation. The legal framework for competition regulation comes from the Sherman Act of 1890 and the Clayton Act of 1914 – both more than a century old! Importantly, the interpretation of these laws was hardened in the 1970s by influential judge Robert Bork. He argued the original intent of these laws was to protect consumers, not competitors, a precedent that has become enshrined in US case law. The trouble with this interpretation in the modern era is that customers of the largest technology companies are often individuals using a free service. So, it’s hard to make a case that they’re being financially ‘harmed’.

Considerable efforts are underway to challenge this interpretation in the courts, with the Department of Justice, Federal Trade Commission and many States in the vanguard. However, we don’t expect the courts to rule against such well-established case law. Realistically, new legislation is the only path to meaningful change in business practices or the profit outlook of major US technology companies. So, despite bipartisan support for new legislation, differences of opinion on the specifics mean it is nevertheless still only a remote possibility for the time being.

Among Europe’s union of nation states, agreeing, implementing and enforcing new laws is a complex and lengthy process. Despite the effort behind the new Digital Services Act and the Digital Markets Act, these new laws are unlikely to take effect for three years or longer. There will be a consultation period, several steps in the legislative process and, finally, agreement across the European Union before enforcement may begin. And, if the legislation is challenged, it may take years to be resolved in the courts.

There’s little doubt the tide has turned on technology regulation. Changes will be forthcoming over the next decade in areas including taxation, competition and data privacy. But legislation is a lengthy process. In the meantime, the largest technology companies have enormous resources to defend their business models. Real change will require determination and persistence from lawmakers and regulators over many years and administrations. So, we expect the financial effect of increased regulatory pressure in both the US and Europe will be negligible in coming years – although potentially could have greater effect beyond.

Until now, profits for the largest technology companies have grown consistently and rapidly. Expectations this trend will continue have fuelled ever-higher valuations. While we believe regulatory efforts will not materially affect profits and growth in the next few years, there are still likely to be consequences for the valuation of longer-term earnings. Those are much harder to forecast but investors usually require a discount. So, regulatory momentum may drive a peak in valuations before we see any material impact on profits.