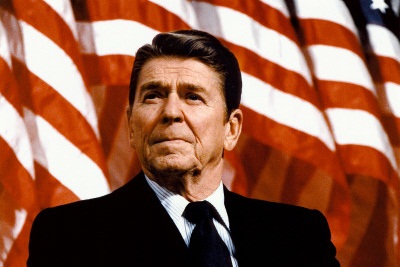 By Luis Arroyo, in Madrid | Here’s one more example of how politics constantly enters the economics arena with the firm intention of interfering in some way or another. That was the time in which the US Republican conservatives tried to grill the then Federal Reserve chief Paul Volcker when he wanted to cool the high inflation of those days down. Let me quote these few lines:

“Secretary Regan mustered more than a few arguments. ‘The United States is the only country in the world that has a totally independent central bank,’ he averred. The Fed was an errant oddball institution, obsessed with fighting inflation instead of promoting growth, the Reaganauts charged. Ergo, Volcker (originally an appointee of President Jimmy Carter) was a loose cannon on the deck of macroeconomic policy making.

“…before the National Association of Realtors in December 1984, President Reagan echoed the Regan assault on the Fed. ‘Let me assure you we are not pleased with the recent increases in interest rates,’ said President Reagan. ‘And frankly there is no satisfactory reason for them.'”

Interesting, isn’t it? President Ronald Reagan, the Great Liberal, the Hero of rigour, terribly angry at the Fed’s attempts to do what now the Republican Party see as paramount. In fact, the secretary of the Treasury Don Regan would end up resigning because of Reagan’s lack of rigour, which by the way increased the public deficit well over the one the Democrats had left behind.

Let me be clear: it was not a coincidence that the spike in public spending was met with a strong economic recovery. It might not have been a planned policy, but it was as Keynesian as it comes. Have a look at the deficit per GDP figures between 1970 and 2000, bearing in mind that Reagan was in office between 1980 and 1988. There you are. Be the first to comment on "Reagan? He loved his big deficit, too"