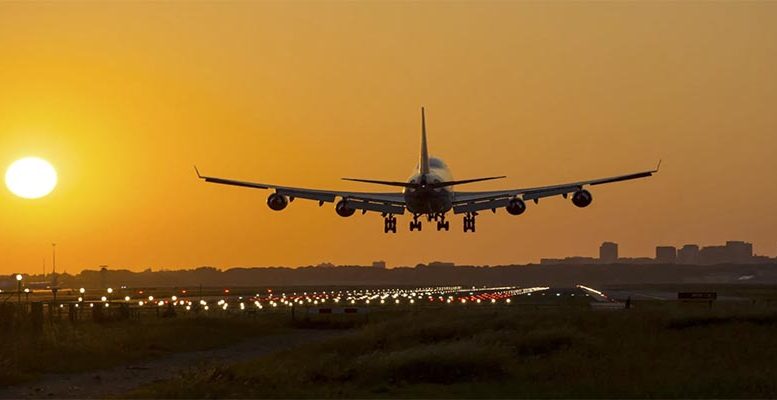 Johannes Müller Head of Macro Research DWS | To get an idea as to what has been going on in the global economy, you could do worse than glancing at the changing shopping habits of U.S. households. Since January 2020, department stores saw their sales decline by more than 5%. In the chart below, you can find them under GAFO. GAFO represents sales at stores that sell merchan­dise normally sold in department stores. This includes gen­eral merchandise stores, as well as certain specialized retail­ers.¹ So far, so unsurprising during an economic slump!

More revealingly, though, the decline was much worse in other areas. Namely at food services and drinking establish-ments, which mainly includes full-service restaurants, limit­ed-service eating places, as well as bars and food-delivery services.² And this was, mind you, after such establishments in much of the country were able to reopen. Gasoline stations also took an unusually large hit. Meanwhile, sales at non-store retailers, such as online and mail-order businesses and shop­ping for hobbies, such as garden and home improvements, were up, probably boosted disproportionally by one-time stimulus payments.

This fits well with our analytic framework, which we devel­oped at the beginning of the Covid-19 pandemic. As outlined in previous issues of this publication, we looked at the supply side of the economy on a sector–by-sector basis. Overall, our assumptions for both the loss in output for various sectors during the lockdown as well as for the duration of the lock­down were pretty close to the actual outcome for economic activity, both in the U.S. and in other countries. As a result, we feel reasonably confident in sticking with this framework.

However, we are making some adjustments. Notably, we expect the recovery to proceed in two stages. The first stage began in May and June in the Western world, and is now largely behind us. It was marked by a V-shaped bounce back, triggered by re-opening of plants, restaurants, bars and the like and supported by pent-up demand as an additional driver. This has led to some quite spectacular growth rates in German car production, for example. Over the course of the summer, however, we have already seen signs of the recovery losing some momentum. We expect it to continue, but on a much more gradual path, as businesses and their customers learn to adjust to a new normal. We expect Covid-19 to remain a drag on the economy for quite a while yet. There have been some positive signs in the development of various vaccines already, but these are unlikely to prove a game changer in the coming months.

Given the unprecedented resources devoted to Covid-19 vaccines by both the public and the private sectors, positive surprises certainly appear possible. Aside from the question whether and when an effective vaccine can be found, how­ever, significant obstacles are likely to remain well into 2021, in ramping up production and convincing enough people to actually get vaccinated.

Indeed, premature government announcements could well prove counterproductive further down the line, by fostering suspicions among already skeptical members of the pub­lic. To make matters worse, the medical understanding of why Covid-19 lingers for months in some patients, remains quite limited.• One reason for this might be delayed immune responses. Against this backdrop, it would not be surprising to see a version of what crowd psychologists call the pen­guin effect. Penguins tend to wait for their peers to jump into the water first, before deciding it is safe. Similarly, the initial uptake of new vaccines might prove quite slow. But, the pen­guin effect also suggests a sudden surge in vaccinations after a while. (Once penguins decide there is no shark around and the water is safe, the laggards all tend to suddenly jump in at roughly the same time.)

More immediately, the good news is that most developed countries appear better prepared for potential renewed virus surges in the fall than they were in the spring. Most have got­ten the virus under control. Testing quality and testing capac­ities have improved, and could, together with better contact tracing, serve as a functional equivalent of a vaccine in terms of the economic impact.⁴ The bottom line is that we do not expect a repeat of the general, nation-wide lockdowns which we saw in March, at least not for any of the world’s biggest economies. However, we do expect the counter-measures to remain in place, and any loosening to be partially reversed if and when required. This means that pandemic containment may well remain an economic drag for the foreseeable future. At best, the initial, V-shaped recovery could turn into a much flatter curve of improving economic activity.

All in all, we expect global economic output to take until 2022 before we see pre-crisis levels again. Only China is likely to be a lot quicker. The Eurozone should see a strengthening in 2021 due to grants from reconstruction funds, which we expect to support growth in hard-hit countries, notably Spain and Italy, from the second quarter of 2021 onwards.

But the U.S. estimate comes with some big caveats. The fast reopening meant that the country never really gained control over the pandemic. Due to political gridlock in Washington, some of the fiscal support has run out, damaging economic sentiment. We hope to see progress in Congress during the coming weeks, especially in critical areas such as the exten­sion of unemployment relief and help for state and local gov­ernment. Nor will the November elections necessarily end the stalemate. A lot could still happen in the run up to the elections, includ­ing the derailment of the Democratic candidate Joe Biden, who has led the polls throughout the year. But in analyzing the economic impact of various scenarios, one needs to look beyond the race for the White House in our opinion. We expect Democrats to hold on to their majority in the House of Repre­sentatives. Much will depend on whether they can win back the Senate, too. Even such unified party control is no guaran­tee that Congress could act quickly to preempt further eco­nomic setbacks. Given current procedural rules in the Senate, more than a simple majority is required on most matters. In our view, there is no doubt the Federal Reserve Board (Fed) will continue to actively support the recovery, by targeting financial conditions. Inflation is no immediate threat at the moment, but that, as the Fed has been outlining, limits the potency of both its traditional and its more recent policy tools. If the recovery were to falter, Congress too would need to act. Alas, fiscal-policy paralysis remains a distinct possibility, no matter who wins the Presidency.