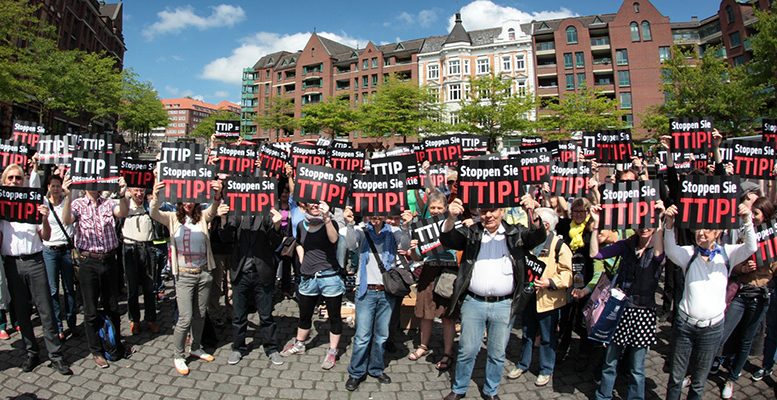 The imminent agreement between the EU and the US, called the TTIP, is dying, if not already dead, on the side of both the US and Europe. The two candidates for the White House have expressed their scepticism, one with more than the other. And in Europe, only Merkel has stood firm, but this is weakening her politically and taking away her social democrat allies. So there will be no bells ringing out for the TTIP.

In different articles by Martin Wolf and Wofgang  Münchau, both authors recite the elegy of goodbye to free trade. Münchau says that the TTIP goes beyond just a trade agreement: it would be like the European Union but including the US. The obvious cooling of the enthusiasm for freedom of goods and capital represents a 180% shift in the spirit which was born in the wake of the 1939-45 World War. Although it has to be said that that spirit was filled with prudent restrictions and controls on the part of international organisations created to coordinate movements. And, above all, there were large and small barriers on financial movements, which provided efficient support to maintain financial stability.

The bad thing about globalisation, and what has destabilised everything, has been financial deregulation. At the same time, free trade could have been more beneficial if China had not been allowed to engage in unfair competition by playing with its exchange rate.

For globalisation to be effective and benefit everyone, there has to be compensations for those who lose out. Namely those who lose their job and their future in those countries which have played more loyally. But the preference was to play at a free market and lower the price of imports, which will help to contral internal inflation.

Unfortunately, with the next political batch we are going to lose everything, both the bad and the good which could have been the result of prudent globalisation. Because instead of trying to correct the defects, we are going to see a more aggressive rebirth of nationalism. And this is not going to be at all pleasant, nor will it provide an economic bonanza. That’s the bad thing about politics, it draws monstrous ideas along with it, which are precisely those that win votes.