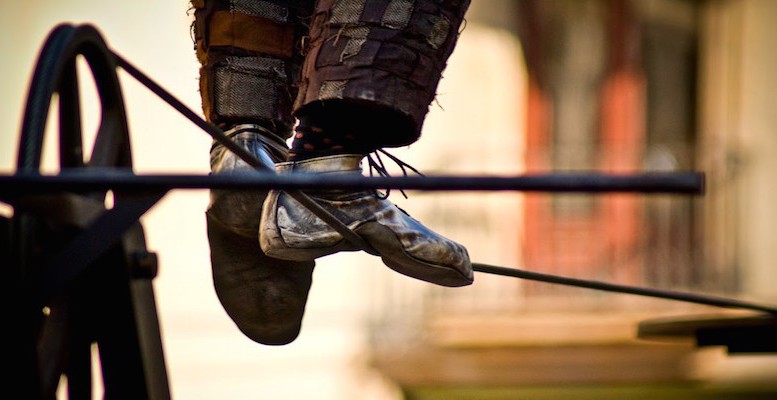 The orthodox models in use until 2008 did not include financial problems. It was assumed that everyone was responsible for their financial position. But in reality, nobody is aware of all the risks when they freely choose to put their savings in one asset or another, in one bank or another…it’s impossible to cover all the risks.

Cullen Roche explains why there is not much preaching about orthodox models amongst those who work on Wall Street; I call orthodox those models which were in vogue before the crisis; namely those which didn’t include financial problems amongst their pieces.

For people who work in a financial institution, it’s much more useful to work with a model based on the Stock Flows between the main economic players, about what they owe and to whom, which positions are sustainable etc.

That is what Minsky recommended before talking about supposedly real macro variables. And it’s what I recommend in my posts, when I talk about the economy as a chain of loans and debts through which the real economy circulates and moves. From the simplest action like buying a newspaper (do they give me the newspaper before I hand over the money, or is it the reverse?) to one company’s hostile bid for another.

These financial positions, their modifications, their opening and closing, their non-payment, all entail a series of costs which are interest rates. An expression of the price paid to maintain the creditor’s confidence in the debtor. The failure to pay the interest due is the first sign of a problem in recovering the capital.

It’s not that decisions about consumption, saving or investing are irrelevant. It’s just that behind each one there is the corresponding book entry which adds and subtracts positions that individually may be prudent ones, but because they are interlinked…And risks are never a zero-sum game. This financial chain – or better said, this dense network of infinite multilateral financial chains – is much more important for economic stability than the real variables, those decisions about consumption or investment (although they are a reflection of the others) because these decisions imply a series of decisive reactions in the financial chain. Both decisions are linked, but the financial ones are those which reflect the risks people take.

The knowledge of and, therefore, the accounting of the “back part” of the economy is a sine qua non for making the right decisions. Cullen Roche says: “I don’t know why people who are ignorant about finance cannot understand how essential accounting is in order to make the financial system work…economic sciences study the way in which individuals, governments and companies distribute resources. They assign these resources according to monetary contracts. All these contracts are interconnected by accounting structures. It’s literally impossible to properly understand a monetary economy without understanding accounting. This is not just essential, it’s probably the most important thing any good economist does!”

Every economic transaction has a contract, either implicit, or explicit and documented. There is a close relationship between how a financial system develops, which allows for intertemporal decisions, and prosperity. The richest countries have the most developed and rigorous accounting systems.

It’s important to understand that this indefinite number of contracts form an interdependent network. One individual contract doesn’t guarantee compliance, although the law requires this. Non-compliance can lead to a series of system failures. The economy, in essence, is systemic: if one piece fails, this can bring the whole structure down. And moods and expectations can influence this, whether we like it or not.

The bank owes my deposits, as well as those of other depositors, while consumers owe the bank a loan. These consumers can be either myself, or my neighbour, or a man from Antequera whom I don’t know…But if the bank is badly managed, and the man from Antequera goes bankrupt, my deposit could be at risk. In other words, my savings and the savings of all the other depositors.

Without finances there would be no risk, but neither would there be any progress. The orthodox economy decided that the best thing was for each of us to take care of our own financial health, because nobody could do it better. Asking the State to regulate the banks, and prohibit certain operations to protect clients, would be taking a step backwards because it doesn’t allow the economy to reach its potential…

Not just the monetary base

The 2008 crisis showed this to be completely false: nobody can look after their own finances because they don’t know how to do this: nobody knows about the chain of interrelationships where, if one link breaks, it can destroy the whole system. Nobody really knows the implicit risk, the risk they run, by putting their savings somewhere or other. They estimate the risk according to an insufficient set of variables. Deposits are partially insured by the State, something which liberals vehemently oppose. But they don’t realise that it would be an impossible world to live in if we had to continously scrutinise our real risk. Or that a world where every type of asset had to be protected by insurance would be a very costly as well as false one. The actuarial valuation used in insurance is incapable of covering every risk. (As it would be incapable of assessing unemployment insurance.)

There is no other way round it than to create a firewall which avoids risks that appear rational, but are too lethal for the system if they are badly calculated. And they are almost always badly calculated, because it is impossible to take every factor into account. Particularly if you base the calculations on series of data from periods when nothing serious happened; one of the mistakes made in 2008.

Michael Sandowsky is another author who confirms that in the world of finance it is not so unusual now to use Keynesian models. He cites private as well as public institutions, like the Bank of England, which have gone over to Keynesian methodology. This acknowledges that money is endogenous. In other words that it is not created by the central bank but by the credit which the banks give, which does not depend just on the monetary base.