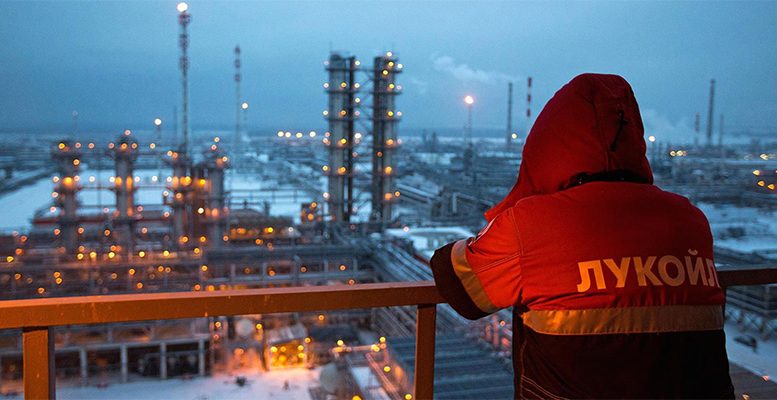 Xavier Colás (Moscow) | While a lot of people look at how Russia is affecting the whole world, Moscow is asking itself the opposite: how will the international situation affect Russia. Sanctions, sales of hydrocarbons and raw material prices are the musical notes on the stave which will show how an economy on which 140 million people depend is sounding. The EU is Russia’s most important investor, and that country is the EU’s third largest trading partner. Spain is still looking for an opening in this setting full of opportunities, but with the inevitable obstacles of the sanctions and legal insecurity which persist in some areas.

Russia is a first class geopolitical actor which has difficulties fitting in with other powers in the economic sphere. Its economy is eight times smaller than that of the US and four times smaller than that of China. In 2018, a lot will depend on the trend in its main macroeconomic figures. In the medium-term, growth forecasts vary between 1.5% and 2%. Moscow hopes that in 2018 the Russian economy performs better as a result of the agreement to prolong the limitation on crude supply. It’s all about making the energy miracle last another decade despite the fact prices are in the doldrums.

The huge reserves of natural resources in Russia has contributed to the improvement in the standard of living and the increase in state revenues. The same is expected of the country’s industry, despite the sanctions: around 32% of the Russian population work in the industrial sector, although light industry has still not flourished.

The first important date for the Russian people is in March: the presidential elections. Vladimir Putin is assured of victory, but everyone will focusing on details like the indices of participation in the cities, which in the last legislative elections provided some very embarrassing data.

They may be the last presidential elections for which Putin will stand, having been in power since 2000. This year there will once again be the issue of substituting the prime minister, Dimitri Medvedev, perhaps with someone with more of an economic profile. Elvira Nabiullina, who in 2013 became the first woman to head up a central bank in the G-8 countries, received the backing of the Kremlin nine months ago for a new five-year mandate. After managing the rouble’s serious crisis, the Bank of Russia has just rescued three Banks, including the ninth largest Russian lender.

The starting point left by 2017 is a disappointment for Moscow. At the end of July, the European Union extended economic sanctions against Russia. A month later, the US president, Donald Trump, signed the new law regarding the implementation of sanctions against his old Cold War enemy. Since then, his problems with Congress and former White House allies have prevented him from changing course with respect to his relationship with Moscow. That said, the “hornet’s nest” of North Korea could recommend a minimum consensus between rivals to avoid disasters in the Pacific.

Apurva Sanghi is one of the authors of the report “A rebalancing China and resurging India” which analyses “where the pendulum will move with respect to Russia” in the crucial relationship with those two oriental giants. China is slowing and at the same time continues to rebalance its economy, while India is quickly expanding. The slowdown in China, which up to now has been an important source of supply of oil and minerals for global demand, “would reduce the prices of Russian exports of natural resources.” Bad news for those who are in charge of balancing the Russian budget. The analysis suggests that the economic changes in China and India are more liable to present challenges than opportunities for Russia – non-oil related trade between both countries and Russia is fairly limited.

The financial question is a less thorny one. Inflation has moderated to 2.5%, although the Bank of Russia is forecasting that prices will rise at a year-on-year rate of 4% at end-2018. The rouble’s serious crisis in 2015 forces rates to rise to 17% to curb the currency’s plunge. Nowadays businessmen in the country tend to praise the Russians’ capacity for overcoming bad economic data. The inflation rate has been cut by half in little more than five years, going from 18.6% in 2001 to 9.3% in 2007.

Last December, the Bank of Russia took a lot of people by surprise when it cut the country’s reference interest rate by 50 basis points. Its chairwoman has already said she is prepared to continue to cut the price of money during the first half of 2018, with the aim of gradually progressing towards a neutral monetary policy. The extension of the agreeement to prolong the commitment to limit oil production aims to reduce inflation risks over the next year.

Amongst the developments we will see in 2018 is the new business of gas coming from Russia via Spanish companies like Gas Natural, something which is already underway. From the Yamal peninsula, in the far Artic, Russia has just put into operation the first production line of the liquified natural gas plant Yamal LNG. It will supply an annual 3.200 million cubic metres to Spain from 2018, an amount which represents approximately 10% of Spain’s annual consumption. That said, not all of it will necessarily end up supplying Spain. The Yamal SPG project is being developed in the Yuzhno-Tambéyskoy gas field, one of the biggest in Russia. The journey to Spain via Gas Natural will be made in the third quarter of the year.

Up to now, Spain has only imported gas from countries like Algeria (51%), France (12%) or Qatar (11%). But in other European energy markets Russia has been an important supplier for some time. And contrary to what was thought during some of the most intense moments of the Ukraine crisis in 2014-2015, this is something which will not easily change in the short term. In fact, in the last few months Gazprom has increased its gas exports to Europe to a record 193.000 million square metres. This big Russian gas company will supply almost 40% of the gas used in Europe, although it has been obliged to lower fuel prices to maintain its market share. Poland, Latvia and others countries are building installations to store LNG with the aim of increasing exports from the US and other countries. This is worrying some Russian analysts in the medium term from the point of view of prices and demand.

Despite the tense relationships between Russia and the EU, Spain is looking for an opportunity in the Russian market like everyone else. It has a less of a track record than Germany or France, but at the same time it belongs to the group of countries which Moscow considers “restrained”: they comply with and respect the EU’s sanction policy against Russia, but at the same time they are not making a strong push to prolong the vetos or maintain multiple fronts open with the Russian government. Highlights of Spain’s adventure in the Russian market include Técnicas Reunidas, Iberdrola or Indra’s energy and infrastructure projects. The sale of Talgo’s trains, ACS’ traffic management in Moscow and the design of new underground lines are proof that Spain brings much more to the Russian market than just sun and sand.