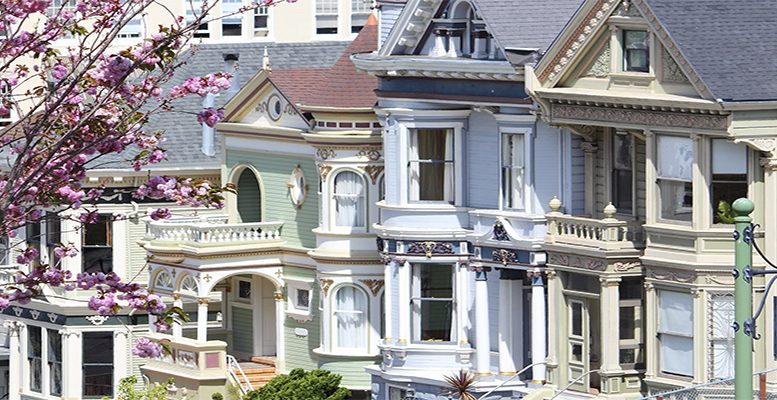 Both the US House of Representatives and Senate approved last Wednesday the most comprehensive reform of the US tax system in more than three decades. Before heading for his Christmas holidays at Mar-A-Lago residence on Friday, president Donald Trump signed the GOP plan.

While Republicans say that the tax cuts for corporations, small businesses and individuals will boost economic growth, democrats think it is made to benefit the wealthy citizens at the expense of the national deficit. The effects of the tax reform for each of the US economic sectors has been widely detailed by analysts in the last months…technology, energy, homeowners, banks, real estate… Specifically BBVA Research have analysed Trump’s tax overhaul from the housing market’s angle. Following are some of their basic conclusions.

They point that the net effect of the proposed tax changes on house prices will be limited given. Furthermore, doubling the standard deduction will increase the incentives to rent. Finally, the lower cap on mortgage interest deduction can lower prices of homes in higher price ranges over time.
The current state of the housing market
US housing market is characterized by a lack of housing units relative to the size of population and a historically low supply of existing homes for sale. Furthermore, home price have appreciated for the past five years. The lack of existing homes for sale is especially noticeable in economically attractive locations where home prices tend to be higher. This backdrop will have a significant effect on how the proposed tax changes will affect the housing market.
Effects of the increased standard deduction and lower MID cap on home prices

Acording to BBVA Research, the effect of doubling the standard deduction is a one-off occurring mainly in 2018. Holding all else equal, overall home price appreciation in 2018s lows from our current baseline scenario of 5.9% to 4.3 % YoY . This is almost entirely due to the effect of doubling the standard deduction . The result is consistent with a lower incentive for middle class households to own a home rather than rent .

This reflects a shift in the benefits from deductions away from the asset in favor of the individual. The effect from the proposed new MID caps takes time to materialize since only new mortgages will be subject to the new cap , while mortgages originated prior to the end of 2017 will be grandfathered. Analyst give the following example:

The intrinsic value of a home in San Jose, CA that is listed at $1.148M ( close to the median price of this MSA) , carries property tax in the amount of $8,819 8 , is owned by a married couple and has an 80% LTV mortgage , would not be impacted by the doubling of the standard deduction, since the sum of the interest payments and property tax is $24,691 – an amount higher than the proposed new standard deduction.

If the house is sold, it would be worth less to the new owner due to the MID cap that she would be subject to. Assuming both the seller and the buyer have an effective tax rate of 30% , the intrinsic value could decline by $39,742 (3.5%) and $8,477 (0.7%) in the case of the $500K and $750K cap , respectively . However, the likelihood of this sale in any given year is relatively small , and thus the intrinsic value of the housing stock would be affected by the MID cap only gradually .

For BBVA’s researchers, the attractiveness of these locations is not primarily based on tax efficiency, but rather on the underlying strength of economic fundamentals.

Many of these center around the information technology sector that delivers high value – added products and employs a large proportion of high – skilled professionals with higher relative incomes .

In addition, states, residents and businesses will take action to minimize the negative impact of the tax changes , while over time many taxpayers will incorporate the higher effective tax burden as part of the overall cost of living in these locations .

In this regard, as long as the benefits from living in these MSAs – better professional opportunities and higher quality of life – is higher than the tax burden, housing demand will remain growing. Thus, the effects in these locations are likely to be small.

All else not equal

The full impact of the changes to the MID and standard deduction will also depend on how they interact with other changes to tax legislation, and other factors that determine the supply and demand of housing. Both the MID cap and the stricter requirements for exclusion of gain from sale of principal residence will act as a disincentive for existing homeowners to sell, and would make the tight market even tighter. With the low overall availability of housing units, the gradual ramp- up of new construction and the building constraints in many attractive locations, the proposed changes could even contribute to faster home price appreciation in some places . To the extent that lower business tax rates increase cash flows and profitability of companies, the tax reform could also allow builders to absorb some of the price effects while still creating incentives to supply new homes.

In addition, some estimates suggest that a large proportion of the individual tax cuts will go to high – income earners. Therefore, the demand for more expensive homes may not necessarily decline as a result of the implied losses from the lower MID cap, if the buyers of these properties are somewhat compensated through lower tax rates. Behavioral biases favoring ownership of homes relative to renting could also dampen the effect of the increase of the standard deduction on the intrinsic value of homes. The effect would materialize by buyers not reacting strongly to the increased incentive to rent relative to own , resulting in ongoing strong demand for homes for sale .

Demographic and structural changes could have even larger effects on housing demand and home prices. For example, analysts mention the aging of the population likely to have a negative effect on large and more expensive houses as these individuals move to smaller and cheaper units after retirement. In contrast, they explain:

If the current environment of low productivity and real income growth were to turnaround quickly, younger individuals would be in a better financial position to move out from their parents’ homes and purchase a house. Last but not least, it is worth highlighting that a major determinant of home pric es is land regulation.

Empirical evidence overwhelmingly confirms that stiffer restrictions and less competition result in higher house prices , usually benefiting the incumbent . Therefore, if the tax reform is accompanied by deregulation and lower barriers to entry, home prices would not only decline or grow at a slower pace, but a larger share of this benefit would accrue to the buyer. This windfall would have a larger impact on younger and lower – income individuals.