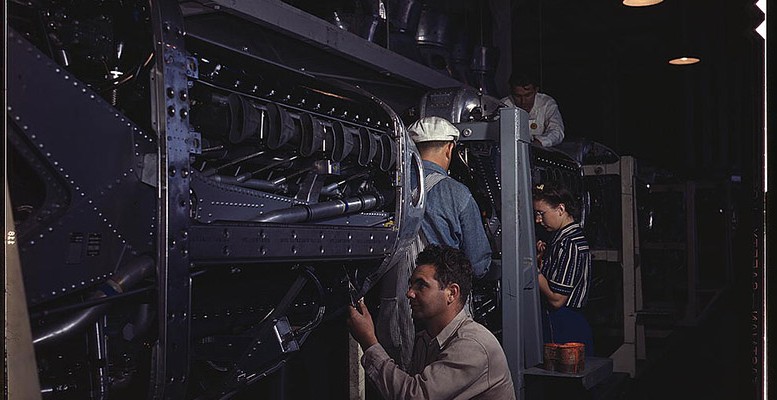 James Alexander via Historinhas | We often hear from both the right  and the left that the relative lack of growth in the US is mostly due to supply issues, in particular changing demographics. Those baby-boomers retiring have created a new stagnation. The US Bureau for Labor Statistics (BLS) has consistently encouraged this view. There’s really nothing that can be done about it.

Fortunately, we can test this consensus theory by looking at the 2002 projections made by the BLS themselves to model the impact of the ageing population on participation rates and comparing them with the current data, also from the BLS.

Every few years the BLS creates projections for the next fifty years or so. Helpfully, in the 2002 projections out to 2050, as well as giving decennial figures, they also gave one for 2015.

Back in 2002 the BLS projected a Civilian Labor Force of 162.8 million potential workers over the age of 16. They projected this figure by taking the population over 16 years of age and then adjusting for typical labor force participation rates per age cohort, sex and other factors.

Currently, the over 55’s have around a 40% likelihood of being in the labor force, under 55’s a 75% likelihood. It is typically higher for men at 69% participation vs women at 57%. Even that statistic is a bit misleading as women live longer than men, so the age-adjusted participation rate between the sexes will be closer. These rates are constantly changing. The over 54s used to have a 30% participation rate 20 years ago, although age-adjusted this may also be less of an increase than it it seems as baby-boomers are altering the age profile of the over 54s, ie more younger oldies.

These sorts of changes are exactly what the boffins at the BLS take a lot of trouble to model. And undoubtedly they do a good job. They took the US Census Bureau projections for population and then applied their own models and came up with an expected participation rate of 67% in 2015 based on the demographics. The BLS expected the rate to fall to 65% by 2020 and then flatten out at 62% in 2030 as the baby-boomer bulge worked its way though the general population.

However, the actual participation rate in 2015 was just 63% a four point gap, representing nearly six million missing workers. It is possible the BLS got their models wrong, there is no real way of telling except to wait and see if they are 4% light in 2030 too. Of course, in reality it will be too late to tell by then as the six million will be into their advanced old age too. It will just be a couple of hundred million lost man-years of work by then so not a lot anyone can do about it.

The rest of the lost workers are a consequence of the Census Bureau themselves underestimating the size of the US 16+ population. Higher legal and illegal immigration than expected had swelled the 16+ population by over four million adults to 248 million by 2015 versus the 2002 projection of 244 million.

Adding these two numbers together give us the ten million missing working adults in the US in 2015 versus the demographically smart projections of 2002.

Marcus Nunes has argued long and hard that the calamitous shift of trend NGDP in 2008 caused most of the drop in the participation rate. The situation is clouded by huge demographic shifts for sure, but they mostly come later in this decade and the next one, not in 2008 as the BLS projected back in 2002. The subtle, but constant, downgrading of their expected Civilian Labour Force is very much worth drawing attention to.

The “early onset” demographic change looks having been caused by Marcus’ NGDP trend shifting down. The BLS are not to blame for their 6% or so miss in the size of the labor force as they could never be expected to model for the disastrous monetary policy causing the dramatic 2008 recession and the hugely long drawn out recovery period. But the BLS should stop constantly suggesting that the current low level of participation is due to the baby-boomers, that’s not what they expected in 2002.