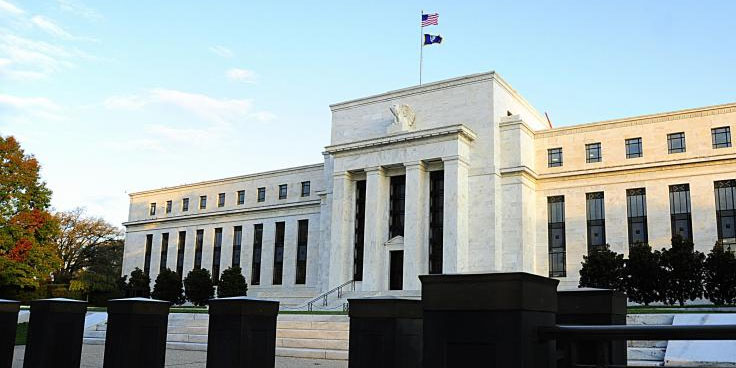 There is a perceptive analysis piece by Larry Summers about the Fed’s confusion (and that of all the central banks, by the way) over what they are doing. Last Wednesday he made a brief reference to the FOMC’s decision not to raise rates, with the Fed once again being forced to withdraw from its previous plan of action. The total failure of ‘forward guidance,’ which has only served to make the Fed’s prose even more tedious to hide their misgivings. But let’s look at the signs of confusion highlighted by Larry Summers.

The first sign can be seen in the discrepancy between what the markets predict and what the Fed says will happen. The Fed believes that things are getting back to normal. But the markets don’t have this perception. They don’t see it in the interest rates which the FOMC members are forecasting, nor do they see it in the inflation expectations. The markets do not see signs of these new developments anywhere.

Look at the interest rates predicted by the Fed and those expected by the market: Summers incorporates (red triangles) the market rates, much lower than those forecast by the FOMC.

The market is expecting a rate hike of 0.35 pp (or 35 bp) from now until 2018, whilst the FOMC says that by then rates will be around 3%, with a rise of 2 pp. Does this indicate a sense of anxiety for “normalisation” before the economy shows signs of it happening?

The markets are more coherent than the Fed, because their expectations for inflation are in line with those for interest rates. Look at the Fed’s inflation expectations data (University of Michigan) and remember that oil is no longer a deflationary factor, but is the opposite.

Also look at the inflation forecast implied in the spread from normal to inflation-indexed government bonds (adjusted to the Fed’s PCE price index by Summers). Which ever way you look at it and, as I said, taking into account that oil is currently pro-inflationary, the only signs are those of disinflation, or perhaps deflation. There is certainly not any indication of demand-prices dynamism, nor of excessive GDP, despite the fact the jobless rate has dropped below levels of 5%.  According to Summers, there is a kind of “Groundhog Day” aspect to the Fed’s forecasts and rectifications.

You cannot hope to instill confidence with this kind of history of repeated failures. How are people going to believe things are back to normal, amid this systematic discrepancy with reality which has consistently been demonstrated? Summers says it would be much better to create permanent demand which would push inflation to 3%, via investment, for example, in infrastructures which has been totally abandoned. But Yellen is unwilling to think like this (she is convinced that GDP has now reached its potential, as my friend Marcus Nunes says). She has repeated several times that the inflation target of 2% is the right one…The problem is that it has not even reached this level. She would be more believable if a long period of 2% inflation were achieved… But to announce repeatedly, for over a year, that normalisation has arrived, and then have to curb the announced rate hike, is the road to disaster.

Behind all this is the failure of a model which the Fed has not yet changed, which is the Neokeynesian (or monetary) model. This says you only need to give money supply a “push” for interest rates sooner or later to fall to the break-even point of investment with full employment. This is the model which Friedman introduced in the 1960s (*)(which was the basis for the classic revolution and which the Neokeynesians later adopted, apparently adding a micro “basis”).  But there is a fundamental mistake here. Namely that to increase money supply, lending has to increase and, consequently, the demand for credit. And money supply does not generate the demand for credit. At least while we continue to demonstrate this cuasi eternal preference for instruments which are liquid and low risk. A situation which Friedman denied.

The result of this is that the market cannot be duped, and real savings and investment determine the real interest rate, whatever the Fed does. Namely, money is a veil which doesn’t fool anyone. Real savings and investment move the real economy via real interest rates. But the Fed has cut rates to zero and this has not triggered inflation. If we can describe this strange and threatening economic period, eight years after an event which sent us back to a more sombre time,  it’s with the word confusion.

We can protect ourselves by saying that there is nothing wrong, that sooner or later things will get back to normal. Ok, so then let’s just sit and wait while the barbarians ignore us.