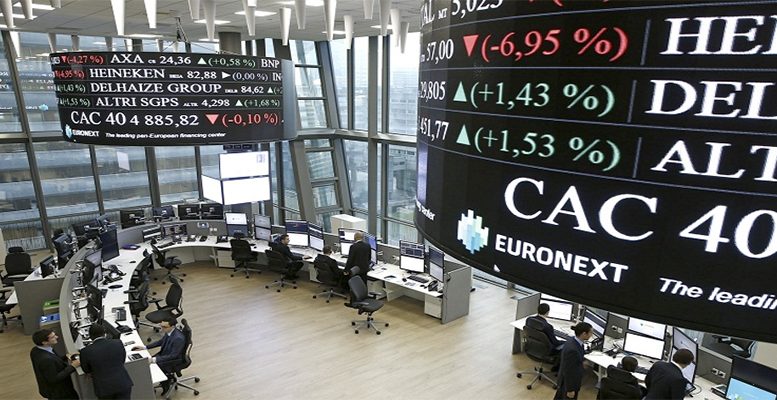 We invite the author to review some of the issues which are on French listed companies’ agenda, starting with what is known as the Florange Law. When it was introduced in 2014, this law created a new power game: the vote of long-term shareholders (two years) automatically accounted for double. Although the Elysium maintained it was about attracting long-term investments and keeping French companies French, the Executive Director of ANSA – the National Association of Joint-Stock Companies, according to its French acronym – insists that the Florange Law creates obstacles to doing business and criticises the fact it is obligatory.

Florange, a year later. The law of March 29 2014 (called Florange) which aimed to reconquer the real economy turned around the principal according to which a listed company could envisage in its statutes that holding one share for at least two years in the name of the same shareholder gives him double voting rights. These rights have been automatically conferred on each share with these characteristics since April 2 2014 or, from a later date, for companies which did not include the right to have a double vote in its statutes. That said, it may be invalidated if the company adopted a clause in contrary to this by a majority of two thirds.

But it’s important to specify that institutional investors generally have global custodians and so they have bearer shares which are not subject to double voting rights. Thus despite the fact they had had these shares for over two years, they would not benefit from double voting rights, in contrast with nominal stock holders.

In this respect, various agencies have recommended during shareholders meetings in 2015 that a resolution should be presented and adopted to deactivate this right to a double vote in the statutes. They also noted that, if their recommendation was not taken up, they would then advise a negative vote when certain social  mandates or financial authorisations were being renewed. This would even include the companies’ annual profit and loss accounts, something which has been very much criticised.

The AMF (French Financial Markets’ Authority) analysed the situation of 60 firms with respect to the double vote rights’ mechanism after their shareholder meetings in the first half of 2015: 32 companies, 21 of them in the CAC 40, whose statutes envisaged putting the double vote right mechanism into practice: 30 companies, 20 in the CAC, have kept to this. But two companies – one of them in the CAC 40 – voted against it.

For or against? At ANSA we were in favour of the double vote rights’ mechanism as it was before the Florange Law: an optional mechanism which depended on the shareholders of each company and was a reward for their fidelity. And we criticised the change which the Florange Law introduced (the automatic assignation of the double vote rights except when the statutes go in contrary) for various reasons: the assignation of the DVDs (double vote rights) is automatic, unless it is voted against, and that requires a majority of two thirds of shareholders. This calls into question the logic of the mechanism, without any prior analysis of the impact which would allow for measuring the consequences. As we feared, implementing the measures has caused difficulties in relations with institutional investors, most of them foreign, who oppose the double vote (they don’t benefit from it as they rejected the inclusion of their registered shares). So they have asked for a clause to be implemented in the statutes to avoid automatic assignation. These difficulties have also arisen in those companies where the statutes included the double vote assignation, although some shareholders had asked for it to be eliminated. This opposition has led in some cases to recommending a negative vote on issues which go beyond that of the double vote (the appointment or renewal of administrators, even in the approval of the accounts).

‘Naked shorts’. As happens in Spain, the French double vote right does not allow for naked shorts. The Monetary and Financial Code prohibits a seller from issuing an order to sell if he does not have the financial instruments which can be handed over. Or if he has not taken the necessary measures to have the guarantees available with a third party to deliver the afore-mentioned financial instruments at latest by the date envisaged for the delivery consecutive to the transaction. That said, the prevention may not be applied “under the conditions foreseen by decree of the college made up of the authorities of the financial markets.” Loan operations and the acquisition of shares are authorised and frequently put into practice, but they need to be declared, over and above the 0.5% of capital or voting rights.

The Board’s role in France in the face of a Takeover Bid. Some of the modifications to the Florange Law in the treatment of takeover bids has garnered relative consensus (for example: lowering the threshold of “excessive speed” in the acquisition). But it’s true that other measures have been criticised. For example, the Florange Law calls into question the choice in the case of the transposition of the 2004 directive in as far as concerns the principal of the Board’s neutrality, which is abandoned. This abandonment damaged the image of the Paris Bourse, given that the neutrality of the Board is perceived as a “virtuo-so” mechanism. And the Florange Law, as a protectionist measure, seems thus to make it more difficult for hostile bids to succeed.

Notwithstanding, it doesn’t have to cause this effect in practice, given that this measure has a limited effect. Companies can repeal it by modifying its statutes and the risks assumed by its managers in terms of responsability, in the event of the measures to avoid takeover bids being contrary to social interest.

The Workers Committee’s new procedure of consultations and information could slowdown and even block, particularly when the Committee considers that it does not have enough information, both friendly and hostile bids. And this might fuel the hostility of employees due to the delays and risks which this reinforcement could cause whilst the bidder is seen to be committed from the very start. That said, if the new procedure delays the launch and makes the development of any bid more complicated, this could lead to failure. Another factor which could dissuade anyone from launching a takeover bid in France, especially if comes from a foreign company, is the protectionist “climate” which is fairly widespread. At times it has led the Government to take a stance against a specific operation (as in the case of Danone) and has also inspired the mechanisms which appear in the Florange Law. But French and European law provide anyone who launches a bid with important protection against this kind of situation.